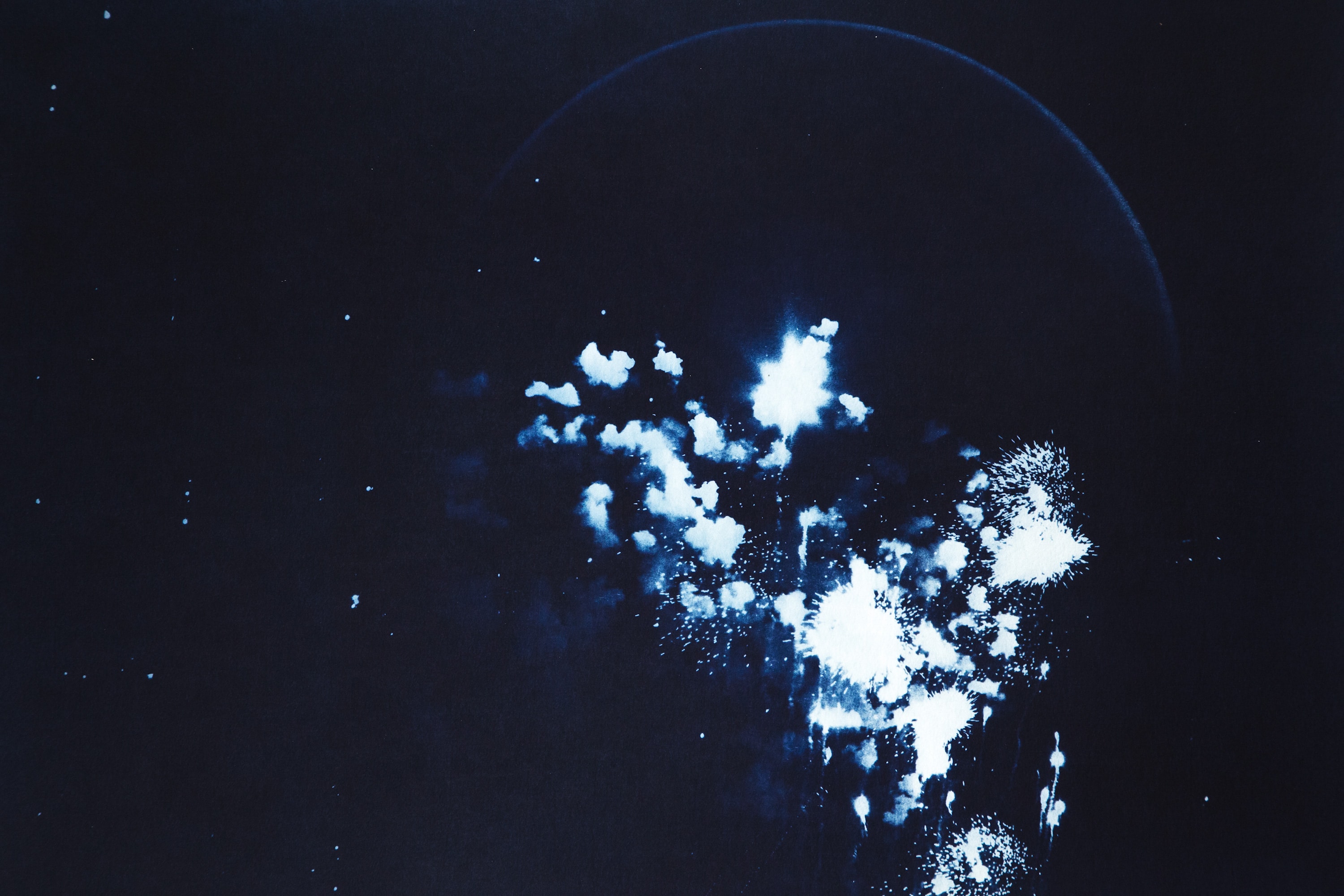 Listen to the Intro (4 minutes)

Photos by Dan Hendrickson
Audio by Elphick Wo

Photos by Dan Hendrickson
Audio by Elphick Wo

Dan Hendrickson is a self taught fine arts photographer  from Pittsburgh, Pennsylvania who also works full-time in the space industry. Inspired by space travel from a young age, his latest series Cosmologica projects us far off into the future on a fictional space voyage to another world.

The blueish hues are accomplished through a 19th century iron-based printing method known as cyanotype. It was originally used to capture photograms of flora and bridge building on the Mississippi in the 1800s. Part homage to the original forebearers of the medium, part reimagining of the future, Cosmologica captures the sense of wonder, hope and uncertainty presented by the void.

Check out the rest of the series here.

View more of Dan’s work on his personal site and Instagram.