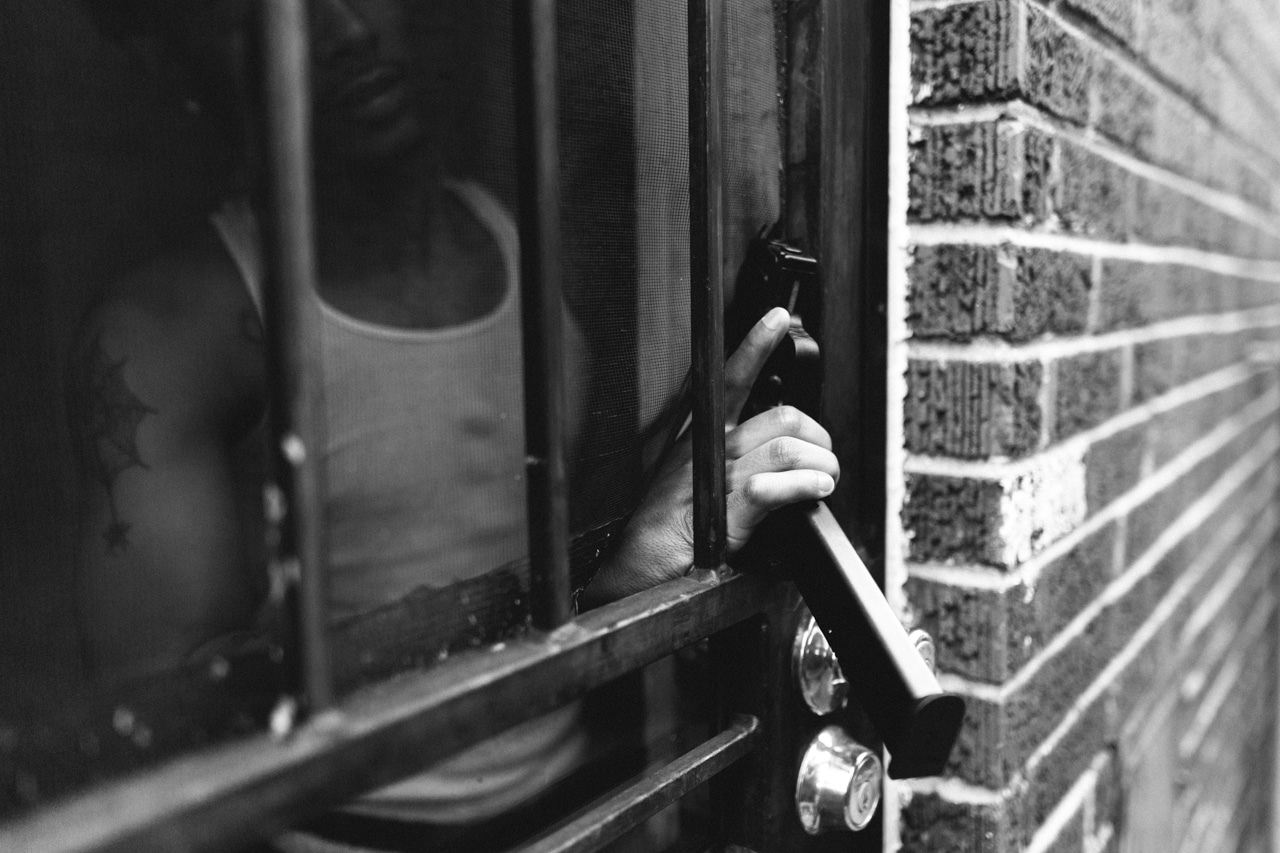 Sticks and Stones — Detroit as
Vuhlandes Sees It

Sticks and Stones —
Detroit as
Vuhlandes Sees It

Sticks and Stones — Detroit as Vuhlandes Sees It

Vuhlandes is a photographer from Detroit, Michigan who displays a strong affinity for his hometown in his work. He recently directed a short documentary about his neighborhood as well as his approach to photography and why shooting the reality around him makes him the happiest.

24-year-old photographer Vuhlandes created the following documentary Sticks and Stones in response to criticism that his photography glorifies gang violence. As he says in the short film, “Somebody from VICE will come here and shoot all this stuff. Make an entire documentary off the misfortune of everybody in these neighborhoods and then everybody will call it ‘documenting,’ but I’m actually from these neighborhoods and when I do it they say I’m promoting gang violence and it’s bad.” Sticks and Stones shows Vuhlandes in action taking photos of his friends and their guns and cars, drawing inspiration and creating a compelling body of work by documenting his daily life.

While Vuhlandes has been able to make a living from doing photography by working for a range of fashion brands and media outlets and has gained a large digital following that’s invested in his work, Vuhlandes is most interested in continuing to document where he lives as it is. With great affection for Detroit in his heart and a keen desire for positive change, Vuhlandes photographs his city with the perspective of someone who’s in the midst of it.

What satisfaction do you get from photography that you don’t get from anything else?

How do you define being an artist?

Can you describe your change in mindset from shooting the kind of things you see online to shooting what’s around you as it is?

When I first started, I was shooting photos I’d seen other people take. I still take those types of photos; I think they’re cool. I just felt like something was missing. I felt almost empty trying to force a style and shooting things that were meaningless to me. Everyone I saw on the Internet shooting that type of stuff seemed fake to me. It seemed like they were only shooting those things to fit in and look cool within the community.

I was so hesitant to shoot my friends and the hood because of the negative outlook that might portray. After a lot of thinking, I eventually decided to shoot what I see and what I’m around every single day. I figured, at least for me, I’ll be a lot happier doing something I love when it’s genuine and organic. After that, I didn’t care if people liked it or not—I’m going to shoot whatever I want because it’s my art.

“Photography is my entire life. When I’m taking pictures nothing else matters.”

What role does critique play in photography? Have you ever gotten critical comment on your work that really stuck with you in any way, positive or negative?

Critique plays a huge role. I think it plays the biggest role on whether or not someone is successful most of the time. People put their photos on the Internet and they are critiqued by the community no matter what. I had to learn that the hard way. While having an overwhelming amount of support I feel like there were a lot more people outraged at what I was doing. Even today, people critique how I take pictures as if there’s a set of rules everyone needs to follow for a photo to be good or bad.

The only thing that has stuck with me is how a lot of people were saying I promote gang violence. What’s crazy to me is how anyone can say that when photos of guns have been around for decades and it’s been called “documenting.” Do photos of the military promote war? Does a photo of a Big Mac promote obesity?

What do you want people to think about when looking at your photos?

Firstly, I honestly just want people to know there’s a side of the world the media isn’t showing. Detroit is beautiful and always has been. Every single part of Detroit! There’s so much attention on the rebuilding of Detroit and that’s awesome, but what no one is talking about is how families are being pushed out because of all the renovation. When I think of Detroit I think of the hood I grew up in, so when they say Detroit is on the rise I look at my hood and see that it’s either getting worse or that it’s the same.

Detroit means everything to me. To me Detroit is the best city on earth. I feel like being born and raised in Detroit you’re already so open to the world around you. Even when we’re down and out we fight back and work our way back to the top. We’re a city of hard working people and that inspires me. 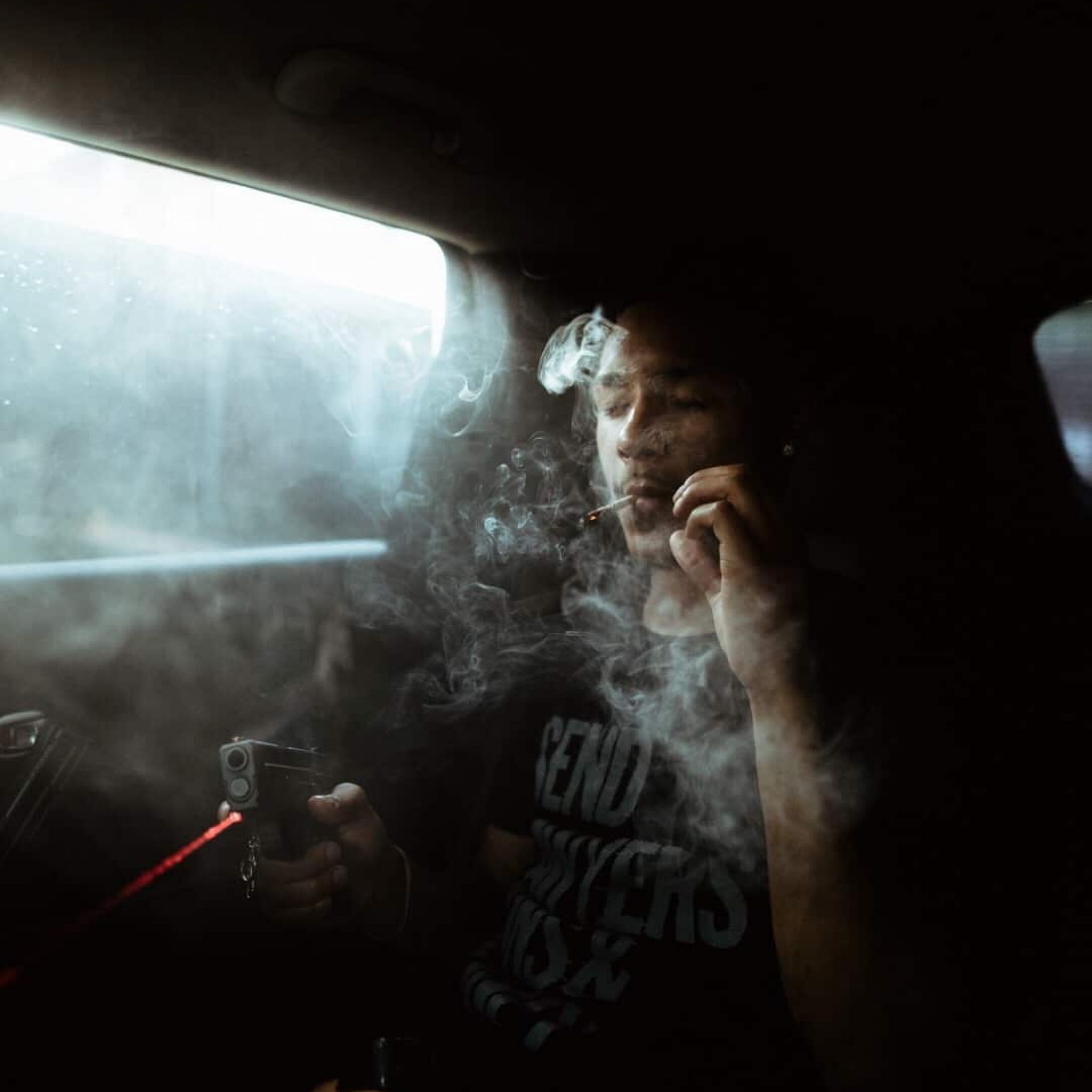 “When I think of Detroit I think of the hood I grew up in, so when they say Detroit is on the rise I look at my hood and see that it’s either getting worse or that it’s the same.”

What role do guns play in daily life in your neighborhood and community? Could you describe your and your friends’ attitude towards guns?

Guns play a big role but it’s not the biggest role. I would say family plays the biggest role. Everyone has guns because the violence is so bad, so you have to protect yourself at the end of the day. I’ve been seeing guns since I was six, so it’s not that big of a deal to me. A lot of my friends don’t even want to be in the hood and have to carry guns. We’re all working hard towards doing something to make our community better and get out of the hood.

What is important to you about documenting your neighborhood?

There are so many changes happening in my neighborhood. Some of the homes are being torn down, people are moving away, new people are coming in. I just want to be able to remember my neighborhood and the people who live there for how it is now. In a couple years from now I want these pictures to speak volumes to people all over the world.

“There have been so many narratives to my life that I just wanted people to get a clear look into what it’s like around my neighborhood and why I do what I do.”

What’s the meaning behind the documentary’s name Sticks and Stones?

Sticks and Stones comes from the phrase “sticks and stones may break my bones, but words will never hurt me” and that refers to all the backlash I have been getting for my work.

What’s the story behind your decision to make this documentary?

There have been so many narratives to my life that I just wanted people to get a clear look into what it’s like around my neighborhood and why I do what I do. I also thought it would be cool to show people what’s it’s like over here.

I see Sticks and Stones as you taking control of your narrative—taking it back from anyone else spinning their angles—how do you want to tell your own story?

That’s exactly what it is. Thank you for saying that! A picture says 1000 words, so people have been able to take what they want away from the photos. If I tell you why I’m doing something and what I stand for and you still choose to stick with that narrative it shows how ignorant you are.

Besides getting people emotional or starting heated discussions, how do you want to move conversations forward productively?