Many contemporary artists dream of making it big and moving past the idea of being a “starving artist.” But what happens after both of those things happen and you hit a creative wall? Artists James Jean and Jun Cha share some valuable insights into the process of “unlearning” that help artists grow again. 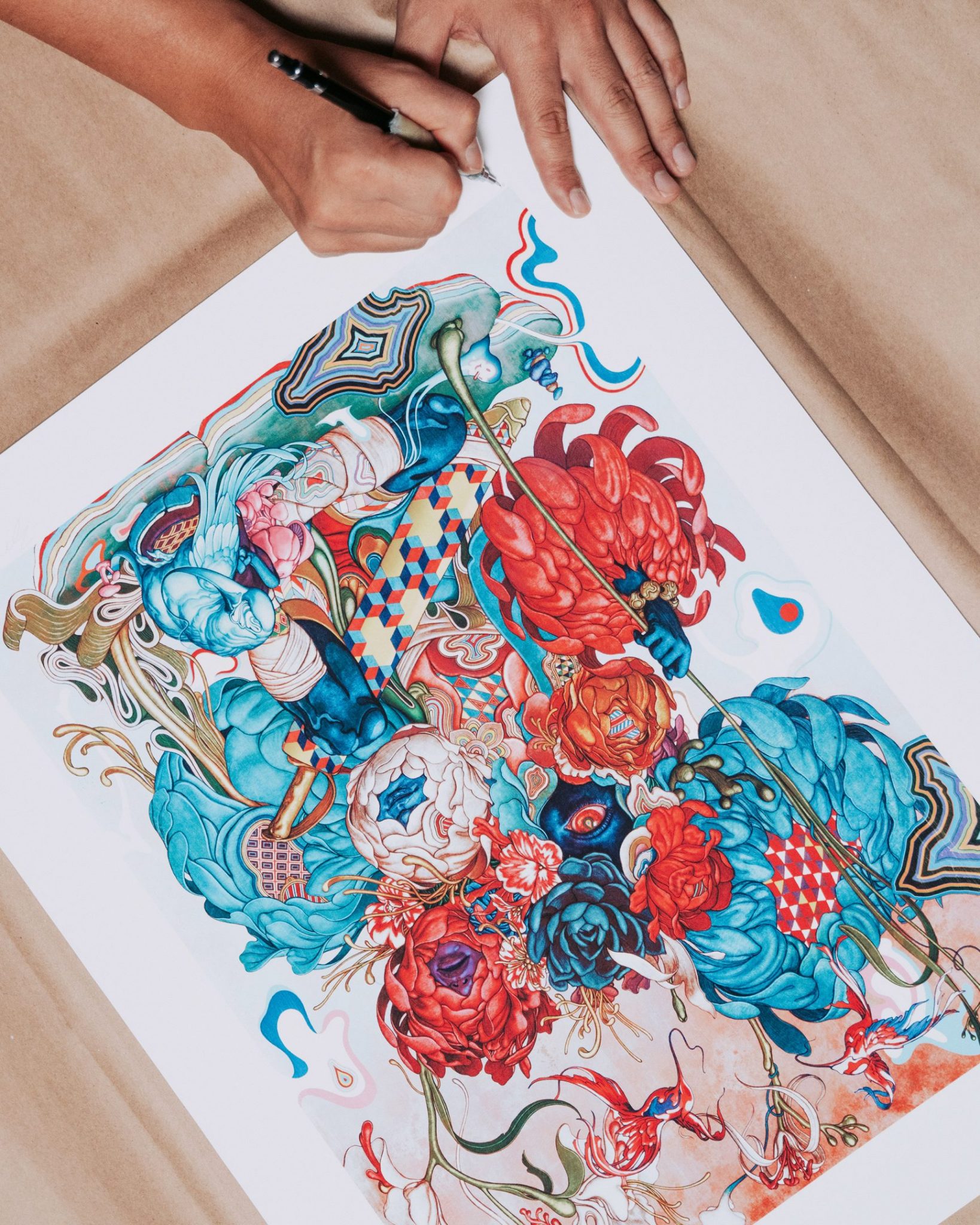 An artist’s work is never really finished. Some, brilliant in their own right, will choose to forgo the limelight, keeping their lifelong pursuit personal and private. Others might be driven to turn their passion into a career and take great pains to “make it big.” For the latter, this success can unfold in many ways. One might choose to refine and ultimately master a distinct style, while others might allow their artistic curiosity to wander to different mediums or styles. Regardless, growth is inevitable through this process.

But eventually, even as the artist discovers their style and masters their technique, their creative progress may hit a wall. It’s times like these when an artist has a chance to reflect upon and refine their process. An essential part of this refinement is “unlearning.”

Unlearning involves letting go of long-held ideas so they can be better understood objectively and if necessary, discarded. By freeing oneself to assess the value of an idea as it contributes to the bigger picture, it can allow an artist to improve their current style, or even pursue an entirely new creative direction altogether.

But when an artist’s work becomes highly recognized or they themselves become famous, does this freedom to unlearn remain? To answer this, we had the pleasure of witnessing a casual exchange between James Jean and Jun Cha, two artists whose differing natures demonstrate how well the reality of unlearning stacks up to the idea of it.

James Jean sketches at his home in Los Angeles

James Jean is renowned for his illustrations and painting, while Jun Cha is a highly sought-after tattoo artist based in Los Angeles. The elder of the two, James has been in and out of the commercial art industry long enough to experience several stages of growth as an artist. By comparison, Jun’s rise to excellence is seemingly precocious—born in 1989, he started tattooing at the age of 16 and quickly found himself in high demand before he opened his own studio, Monarc, in 2014.

Despite dissimilar beginnings, both artists have formal art influences, either through education or personal inspirations such as Jun’s passion for the Greek, Renaissance and Baroque periods. James studied at the School of Visual Arts and Jun at the Art Center College of Design in Pasadena. The habits and mentality that come with a formal art education can be hard to shake, but not as hard as shaking off the innate desire for recognition.

Jun Cha at work in his studio in Downtown Los Angeles

Jun Cha has a waitlist that stretches far and long. As someone who is as invested in realizing the vision of his clients almost as much as they are in waiting for him, he battles with taking self-exploratory breaks along the way. What’s more is that by the very nature of his craft, experimentation (on skin) is decidedly out of the question.

James on the other hand, who’s worked with brands such as Prada, Apple, and DC Comics, has seen his work become part of both widespread consumption and the greater culture. Being instantly recognized for a trademark style makes it difficult to drastically change anything in his direction.

Part of that recognition is repetition, something that James hates—“I don’t want to churn out the same imagery over and over again.” And yet, he concedes that consistency leads to recognizable work, which is what enabled the likes of Warhol to attain such levels of success. It is a necessary evil for a contemporary artist.

To this, Jun asks James how one can move beyond being directed by external factors in life, and how to avoid becoming an “artist of circumstance.” By this, he means an artist that is driven, shaped and unfortunately controlled by elements far removed from their artistry. These can include understandable demands such as family and personal health, or more insidious influences like social and professional obligation, money or even “likes.”

“I wanted to burn it all down and create a whole new body of work. It was all too easy. It wasn’t pushing me in a more unexpected or creative direction.”

“I’m still trying to figure that out at this stage,” James laughs, his lighthearted response disguising the ups and downs that led up to this conversation. Despite the acclaim of James’ first solo show in 2008, it was this very recognizable body of work that horrified him. “Shortly after the show, I wanted to destroy everything,” he admits. “I wanted to burn it all down and create a whole new body of work. It was all too easy. It wasn’t pushing me in a more unexpected or creative direction.” Although he has since returned to his trademark style, Jun asks how James’ rebellion against his circumstances turned out.

“I don’t know what’s real and what’s not at this point,” he answers. “That’s why I’m in the middle right now.”

He relates how, at Jun’s age, he was extreme to the point of being “black and white,” and was dabbling in other mediums including objects and jewelry. It didn’t go over so well and after all was said and done, James ended up right back where he started, though changed and full of insight. He has since realized that being extreme isn’t sustainable from a working artist standpoint, and has learned a degree of balance.

Despite not having experienced a creative upheaval as such, at least not yet, Jun’s insights hint at deeper reflections on his own creative journey. “You go on this process, almost searching for that,” Jun says, referring to success. Both he and James agree that it doesn’t exist, and that it can be detrimental to an artist’s work. “Maybe searching is the problem in the first place.”

While his focus has always been primarily tattoos and he doesn’t have quite the same penchant for exploring other mediums just yet, Jun is nonetheless at a transitional point in his career. He’s becoming aware of the unsustainable nature of repetition. He reiterates the perils of chasing something, but notices James is no longer caught in that cycle.

To this, James explains how the artistic diversity he enjoyed allowed something organic to emerge without being actively pursued. “I never could find that one thing that I did, but that became my signature, in a way,” he says, alluding to his previous forays into both traditional and digital mediums. “I took everything that we learned in school, unraveled all that and then those different strands ended up becoming what I was known for.”

“I took everything that we learned in school, unraveled all that and then those different strands ended up becoming what I was known for.”

Make no mistake, unlearning isn’t just being able to stay afloat in the sea of hype and not drown in it. To unlearn is to be able to distance yourself from what you’ve learned or even most dauntingly, what’s worked. Artists need to question if the current process that delivers familiarity, confidence from fans and most importantly, results, is something worth keeping.

The discussion of growth and progress exists beyond one’s control. For James, his work has benefited from gaining new perspectives through creative ups and downs. For Jun, there hasn’t been a clear path. For the time being though, he leaves off with, “I’m realizing that I’ve almost become addicted to being uncomfortable. Being uncomfortable has become my comfort zone.” Perhaps for now, that’s the most satisfactory answer to be had.