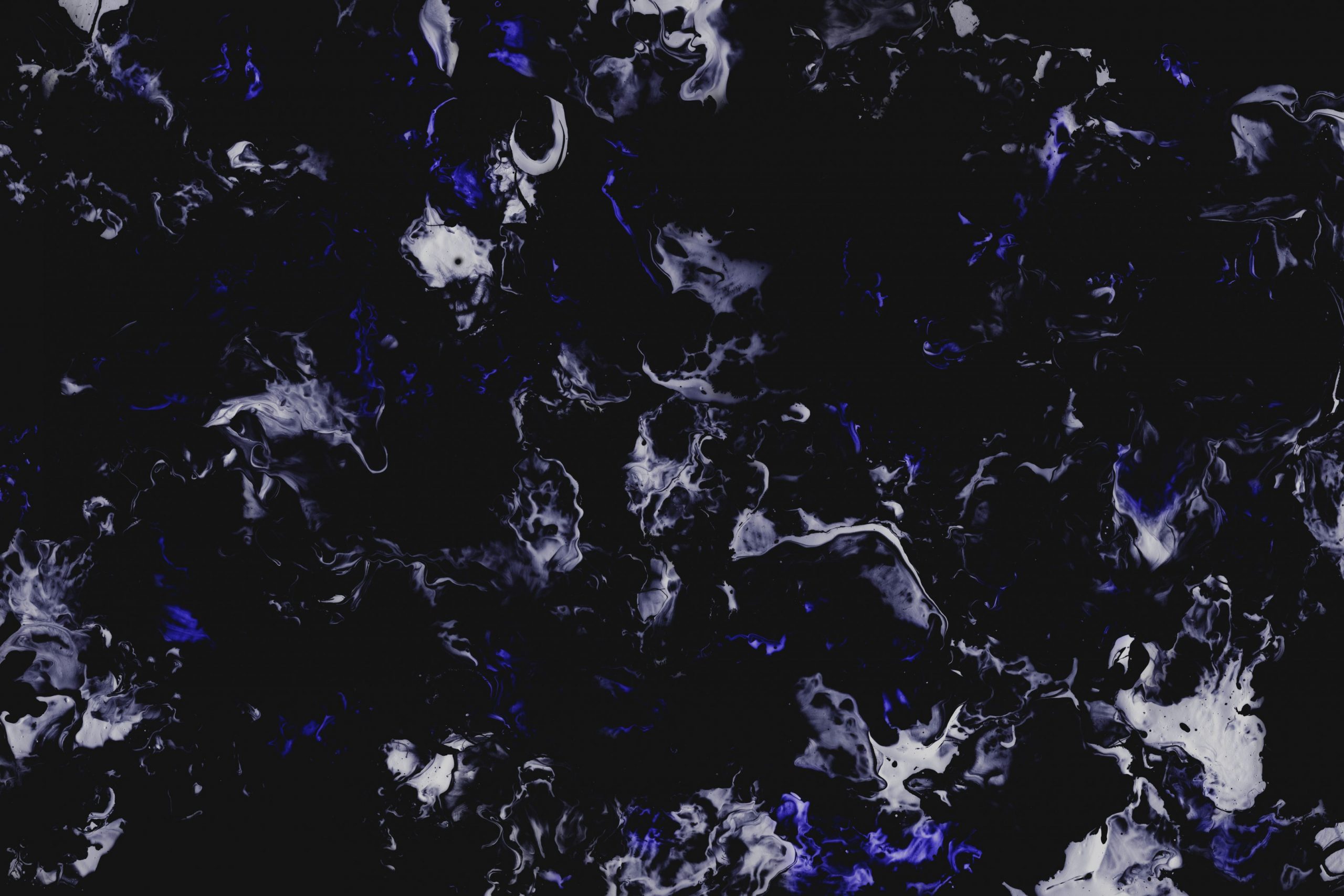 Building the Brand —
Our Fabric

With MAEKAN’s ongoing effort to bring a sense of tangibility to the digital experience, the team commissioned the talents of the multi-talented Jordan Sowers to create an original brand pattern referred to as the “fabric.”

But of course, it’s never just plugging in a set of requirements and ideas and then receiving the finished product. With every artist we work with, we always jump at the opportunity to connect with like-minded people who can define MAEKAN in unexpected ways.

“We've found creativity to be much like any skill, a trainable one...”

We’re never satisfied with the notion that people are simply born with creative talents. It’s not whether you have it or you don’t. Many of us were never formally trained. We’ve found creativity to be much like any skill, a trainable one.

Like all skills, excellence comes with a heavy price tag, one of time and energy. You use it or lose it. This unforgivably accurate idea means key decisions need to be made, especially when there’s a constant competition for your time and your attention.

Spending your time on creating takes on many forms. Many use time as a budgeted means to a pre-determined end, however, derivative and “safe” that might be. Some are hyper-focused on introducing something new that the world has never seen before. Others simply identify challenges to be solved.

A work in progress. Early motion studies from the MAEKAN brand fabric creation.

MAEKAN aspires to be more than just stories about unexpected connections within creative culture. It’s also a philosophy of respecting fellow peers, our personal standard towards what we put out, and most of all, it’s about a unified community with a global mindset. We’re a new creative class yearning for knowledge and to empower each other.

In its infancy, there is still so much to be done. It seems paradoxical to say this, even though we’re still figuring some things out, there’s a great sense of purpose and understanding of what we’re looking to achieve. The uncertainty coalesces with the determination.

There’s a shared vision amongst all of us, but that doesn’t mean we’ve gone without disagreements. To put it out there, we’ve had a heated exchange over which cardboard tubing to use to ship prints…

The MAEKAN Fabric in Motion

The MAEKAN Fabric in black and white.

“I was kind of nervous like, I hope I don't fuck this up.”

Use Case 01: The MAEKAN Fabric in use on mobile.

Speaking with him, though, we found his earnest admission to be pretty reassuring: “I was kind of nervous like, ‘I hope I don’t fuck this up,’” he remembers. Still, the fit was all but perfect as we found our values and direction were in line with his. The idea of respecting the spontaneity of the process was one of them.

When Jordan began to work, an initial excitement didn’t necessarily translate into something he instantly loved. But what came with it was an alienable part of him, one that was inseparable from his career and an indicator of the standards he holds himself to.

His mindset felt familiar. It was somebody who had taken an interest in painting and threw everything behind it to improve rapidly.

He describes the feeling of stress or worry that bubbles up after an hour of painting goes by and doesn’t yield the excellence the project should.

“Design is a problem-solving process, while business goals do not influence painting.”

From an actual brand-side palette of colors, the MAEKAN blue doesn’t always translate as a dominant mono color and the other shades such as black don’t offer a lot of distinction. So, it became imperative to think in broader terms: “How do you find another way to communicate a message around your brand and your initiative?”

Creating this and even telling the story around this might seem superfluous, but it’s a look into our thought process of what makes the cut and what things we attach ourselves to.

Truthfully, we could’ve elected for any analog or digital medium to express our perspective, and no one would’ve questioned us for using a straight, clean digital image.

But this approach was so much more rewarding.

Use Case 02: The MAEKAN Fabric in use on fine art print.

By day, Jordan’s an Interactive Art Director, Designer, and Developer. And on some occasions, he’s a painter. He describes the biggest difference between design and painting in a straightforward way: “Design is a problem-solving process, while business goals do not influence painting; you can simply paint for the sake of creating.”

With projects like these, he brings a little of both worlds. He draws on the design aspect in the sense that he might try to incorporate an arrangement or color that another painter has done, then integrating it into the work. At the same time, he allows for the spontaneity that painting provides.

“If it’s a series of colors or if it’s a type of texture, some point along the way it turns out totally different and there’s like a complete lack of control there like I can’t replicate the same thing over and over,” he says. “So every time I try to do something it’s very new and good.”

“It has this thing of its own where the best move you can make is just to kind of step away from it.”

Jordan’s approach to creating needed to be redefined in an analog and paint-based medium. It flew in the face of what it was like in a world where control over a piece of two-dimensional visual work extends all the way down to individual pixels. In this case, a great deal of control must be ceded to the paint and the medium it’s applied to.

He lists examples of where he’s realized 10 seconds into the painting that the result was completely not what was expected or anticipated. In these cases, he feels the need to walk away. In other more costly situations, an hour’s work might turn into a mistake, leaving him disappointed only to come back the next day to layer over or rip off the flaw in question.

“With painting, there are definite moments where it does exceed you as a painter or as a creator,” he concludes. “It has this thing of its own where the best move you can make is just to kind of step away from it.”

Sometimes, the demands of a project don’t afford the time to absorb mistakes.

Use Case 02: The MAEKAN Fabric in use on paper envelopes.

His paintbrush touches the paper, and the unpredictable nature of it all takes over. In the case of liquid paint, there is some time to pause and let it do as it wishes. Because of this tendency, he described the fabric he created for us as “highly accidental” and something that he couldn’t plan for.

While he worked out a satisfactory approach in a few “studies” on the interaction of different paint viscosities, his attempt at replicating it on a much larger canvas — even after being patient and taking his time — still resulted in areas that needed to be excluded.

“It’s almost like how certain painters will just crop out a certain area of the canvas that they like most,” he explains.

And as to how much made it into the final product?

It’s a sobering reminder that on digital workspaces, we often take the ability to go back in time and undo subtle mistakes for granted. However, the beauty of painting lies in the unexpected.

And as MAEKAN is committed to both searching and allowing for the unexpected, Jordan sums up the realization reached by both parties: “Creativity is messy.”

Unpredictability and potential messiness withstanding, the actual MAEKAN color palette translated quite well and set the foundation, but where the process seemed at times almost too refined and too round, an added touch of “chaos” was needed.

“There was a lot of feeling like I wasn't capable of doing it.”

“I was thinking something with really high contrast like a black background with these like white little threads that go in between each other to represent something that is really atmospheric and textural.”

One of the techniques he employed and explored such an effect was marbling. Where it risked being too round or with a consistent curvature, he made it more chaotic.

But even as he attempted to organically guide the chaos toward a visually random but pleasing image, the nature of paint meant that the key to the piece’s success was still ultimately accidental and unplanned. It was the technique for scattering the paint.

Beginning with small 8 x 11 sheets of paper, he started painting them black before scattering white on top of it. After some experimentation, he found that his own breath was the best implement for separating the white and creating the web-like textures seen in the final motif.

“And from there, what I did after it dried was scan it in,” he begins. “And then in Photoshop, I just cropped up a certain area and started like airbrushing pieces, really curating the look and shadowing certain areas.” 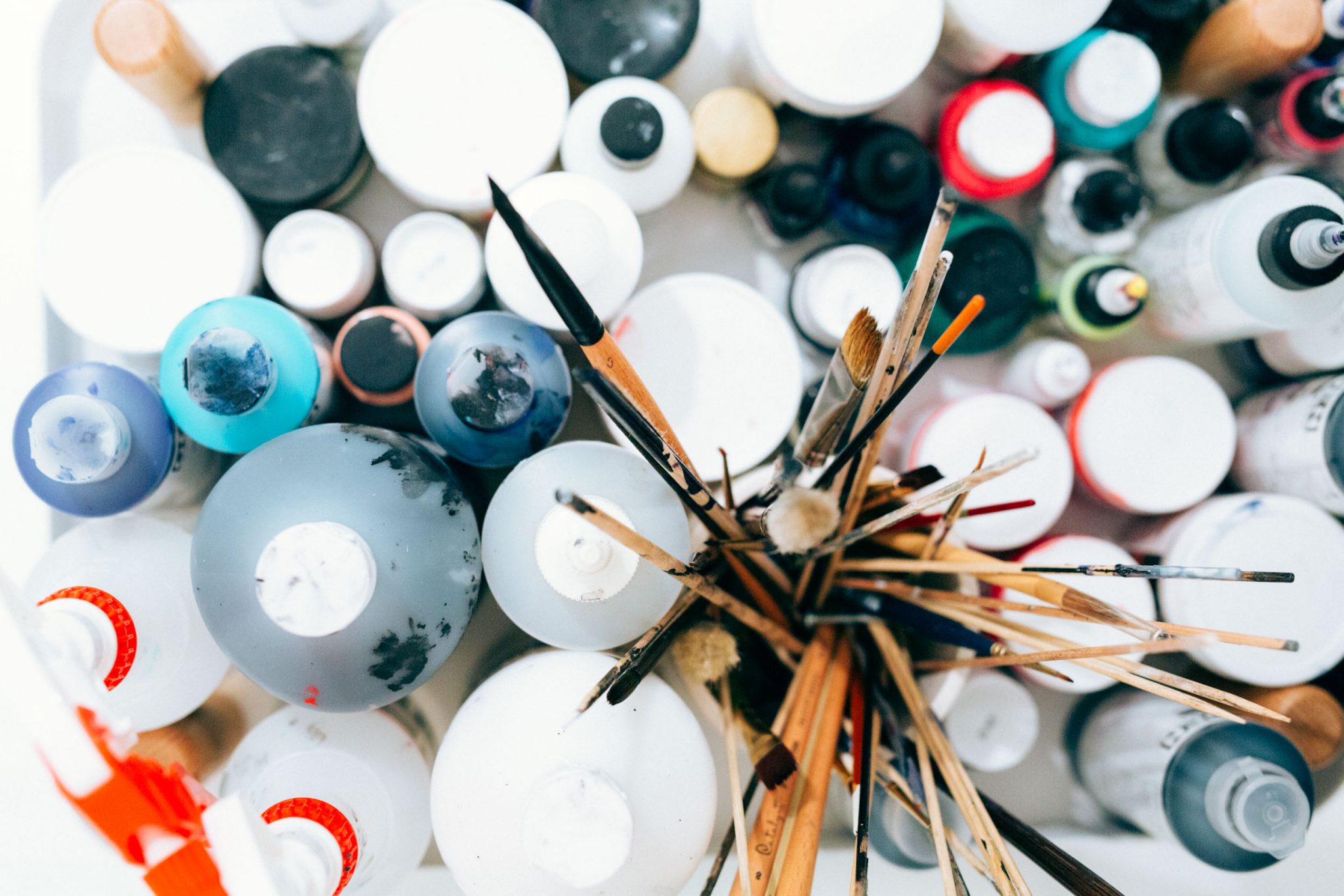 While software certainly helped Jordan to fine-tune and polish his design, there’s no denying that the countless steps leading up to the final import were all possible thanks to an unwieldy medium and the decision to use it.

“There was a lot of feeling like I wasn’t capable of doing it,” Jordan admits. “This was the first piece that I’ve ever made as a commission work.”

As to what we’ll do with it, like the paint that created the fabric, we’re happy to leave that to decide for itself. Although we had a loose idea of how to apply the MAEKAN fabric, we had never conceived it to fulfill a particular tangible goal; it wasn’t designed for a specific application or product.

We had first set out to solve the challenge of representing MAEKAN in something beyond the boring, expected ways that were current or common, and achieved that thanks to Jordan: both his process and the finished work embody what we stand for.

For all of his bold efforts to relinquish control to the medium, he ended up capturing the very unexpectedness — the patterns in the chaos — that we search for in everything we do.

More from Building the Brand 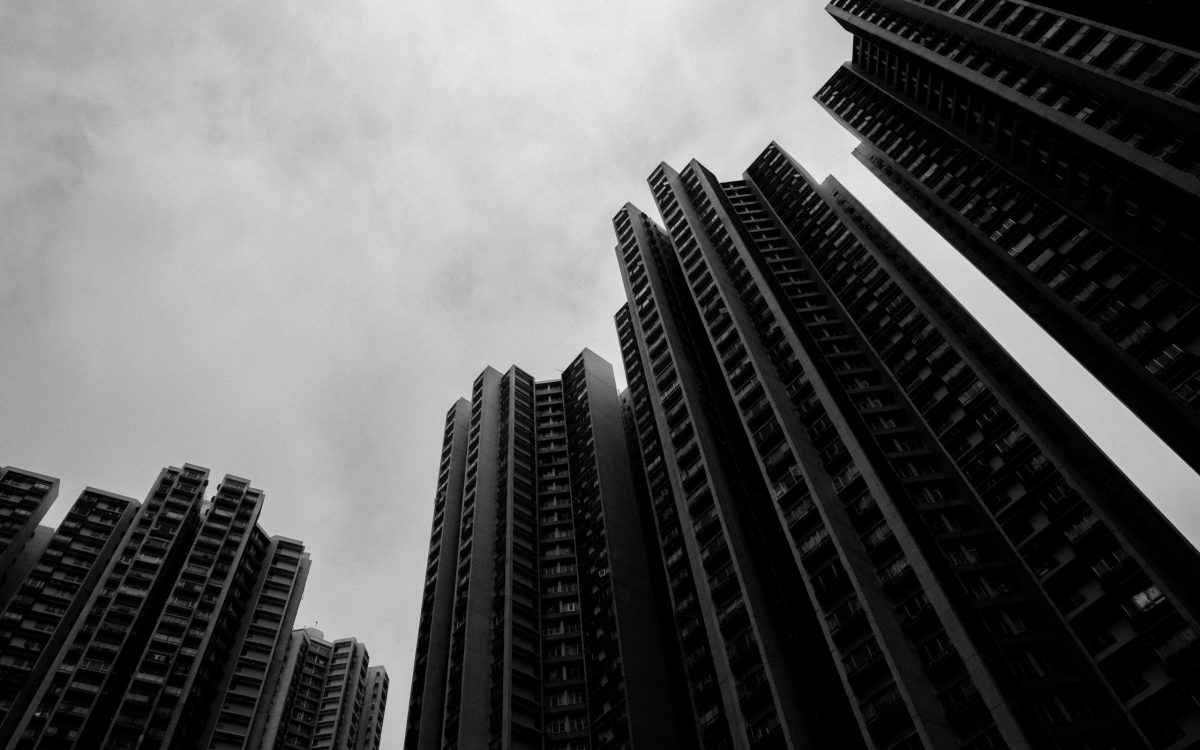 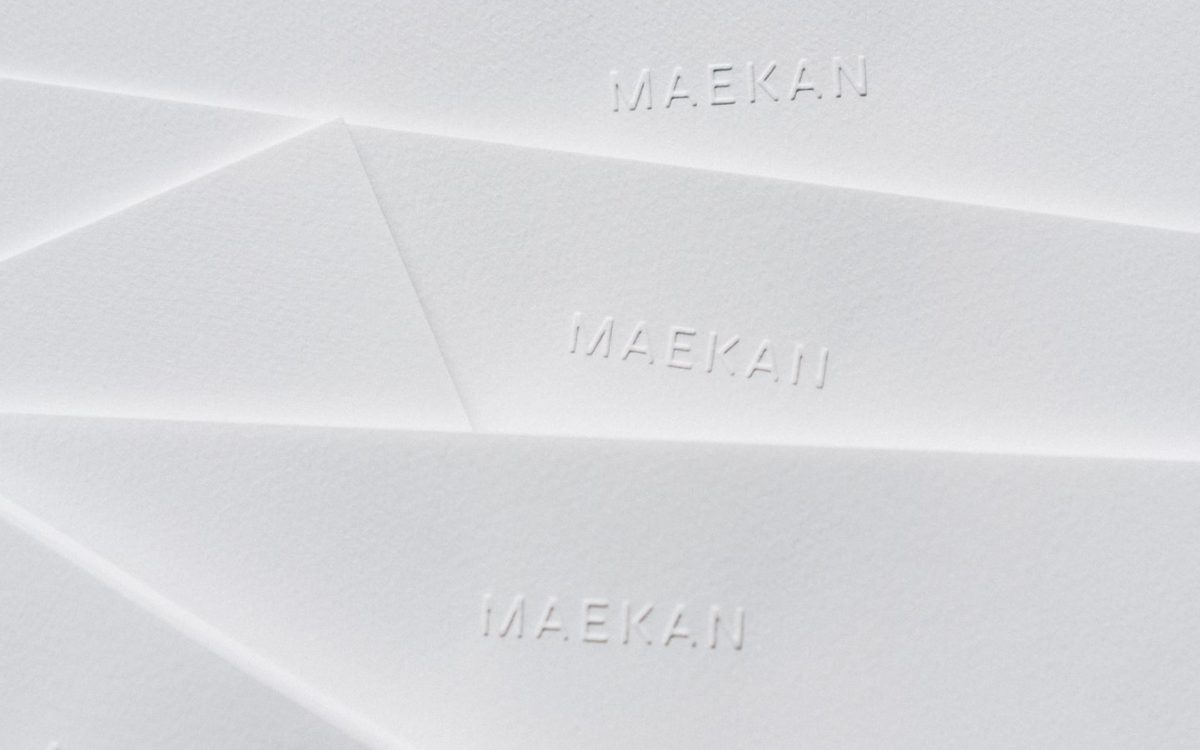 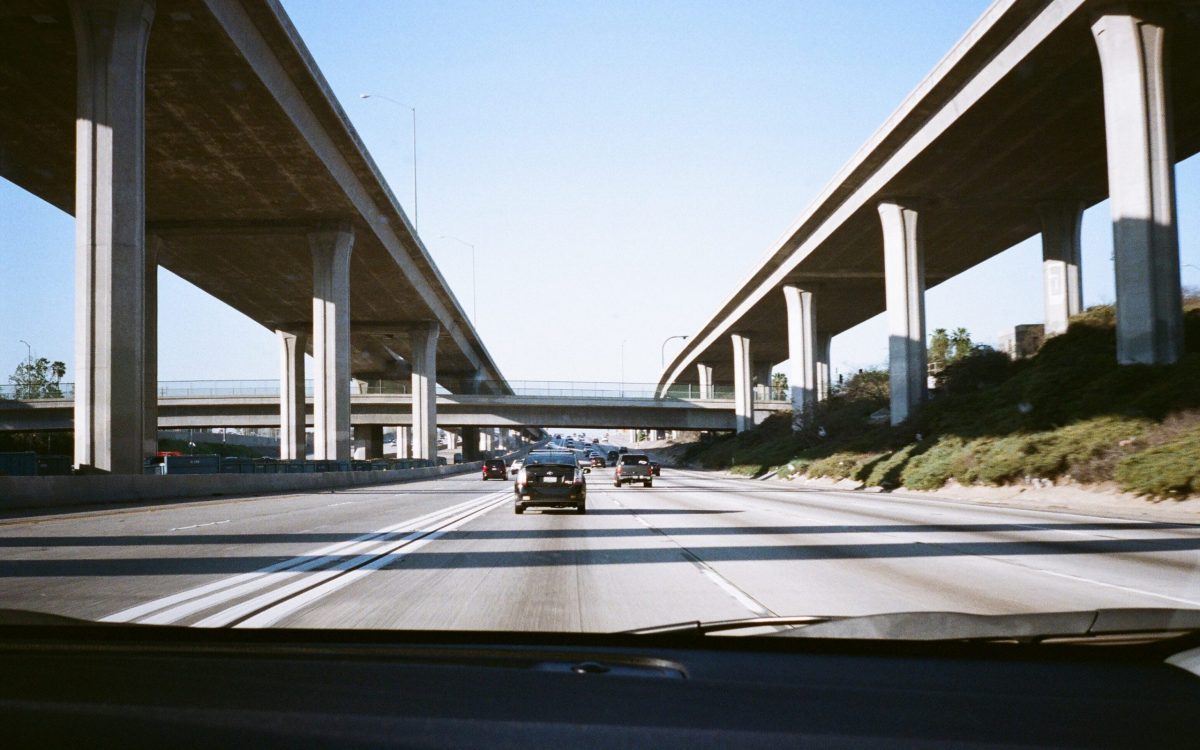 Building the Brand — Learning When to Bob and When to Weave 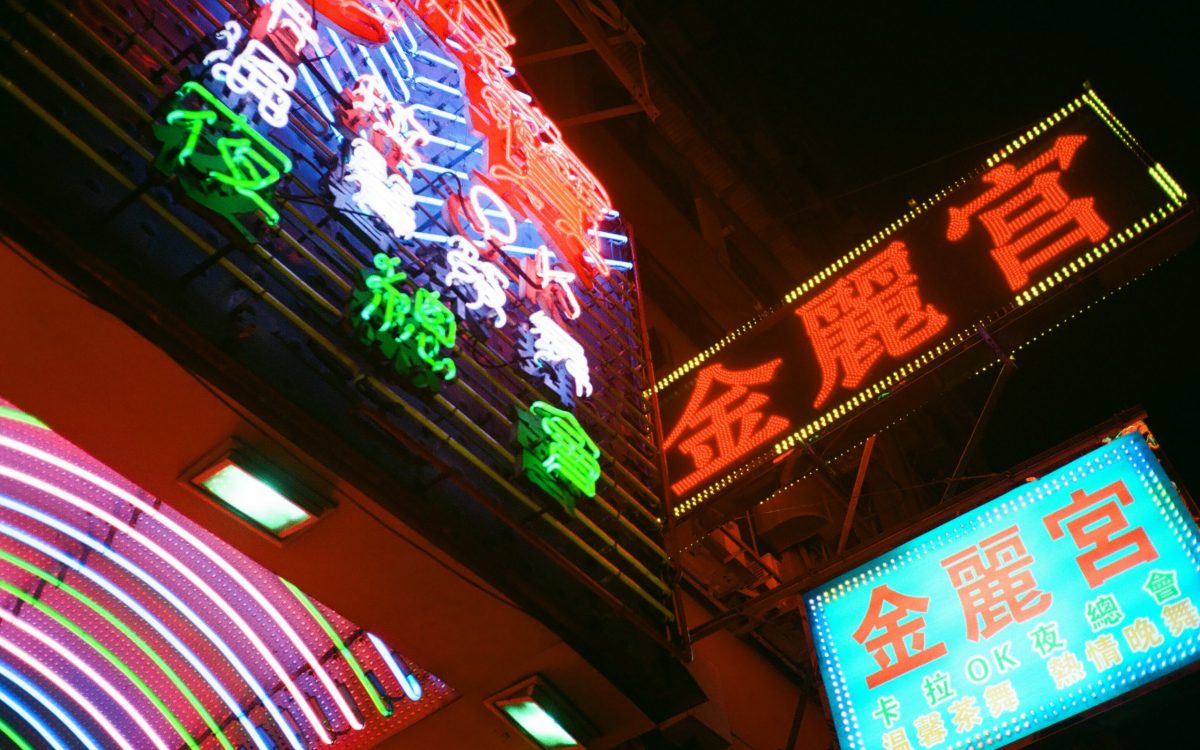 Building the Brand — Why Hong Kong? 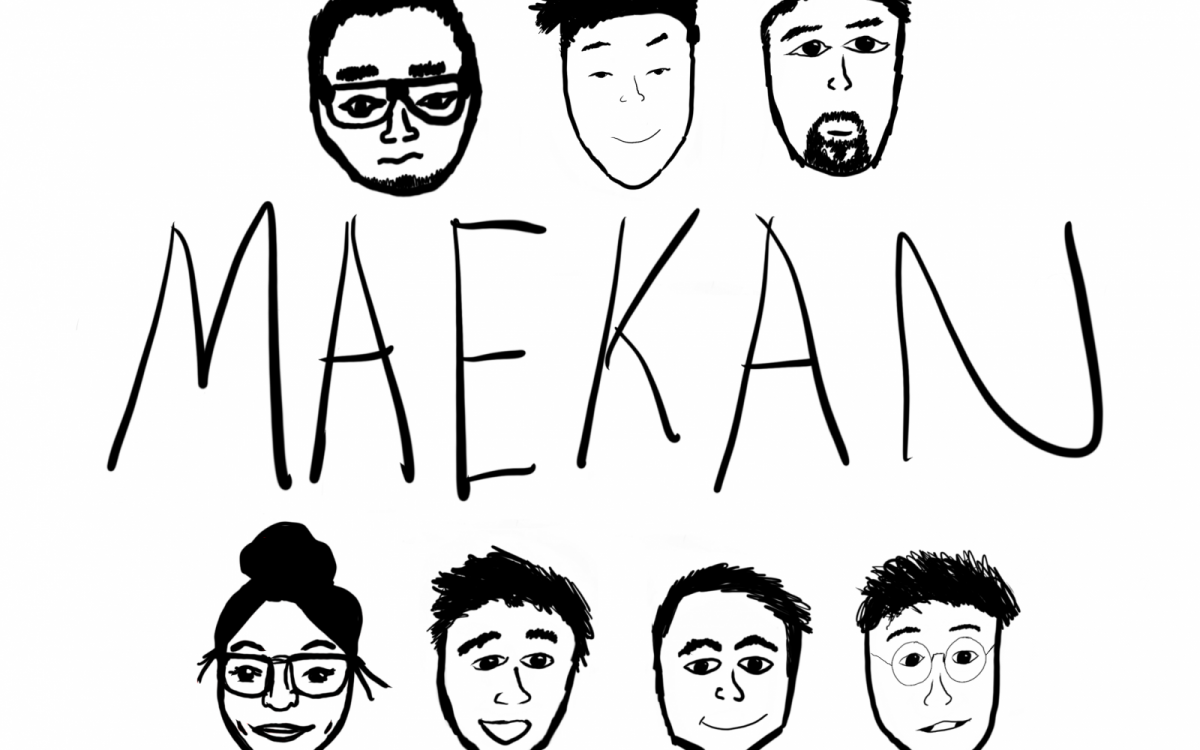 Building the Brand — The Apprentice 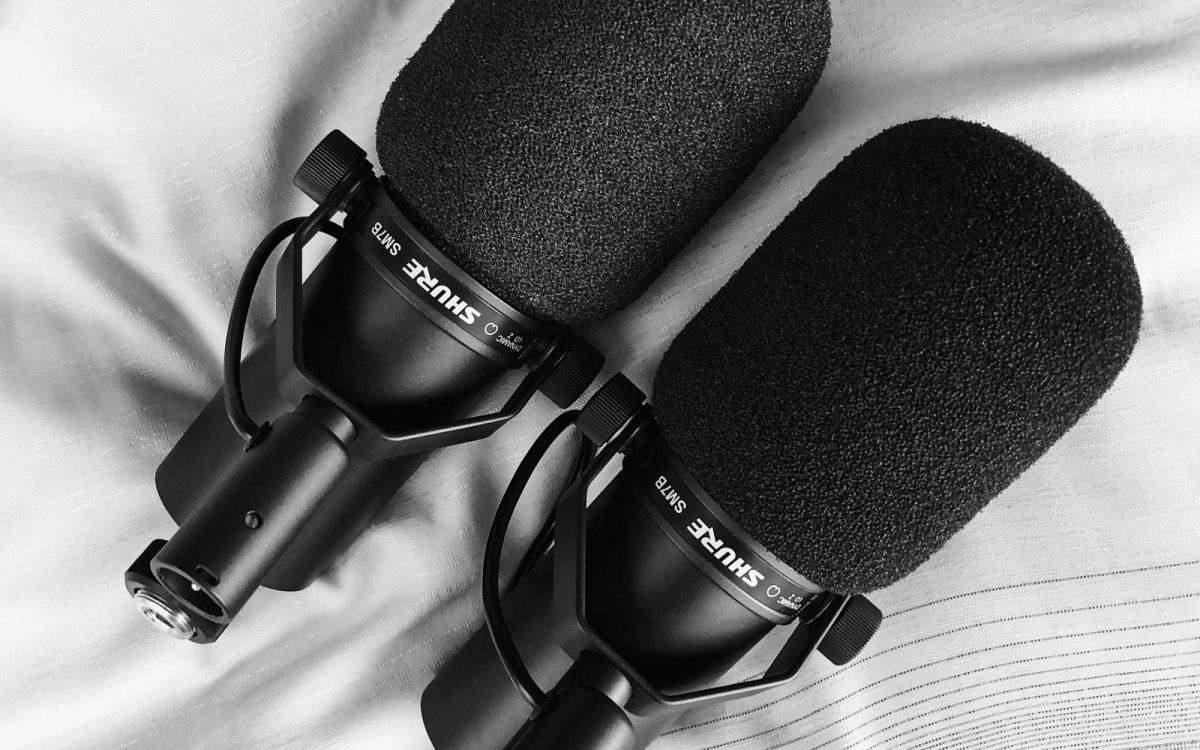 Building the Brand — Writing for Ears 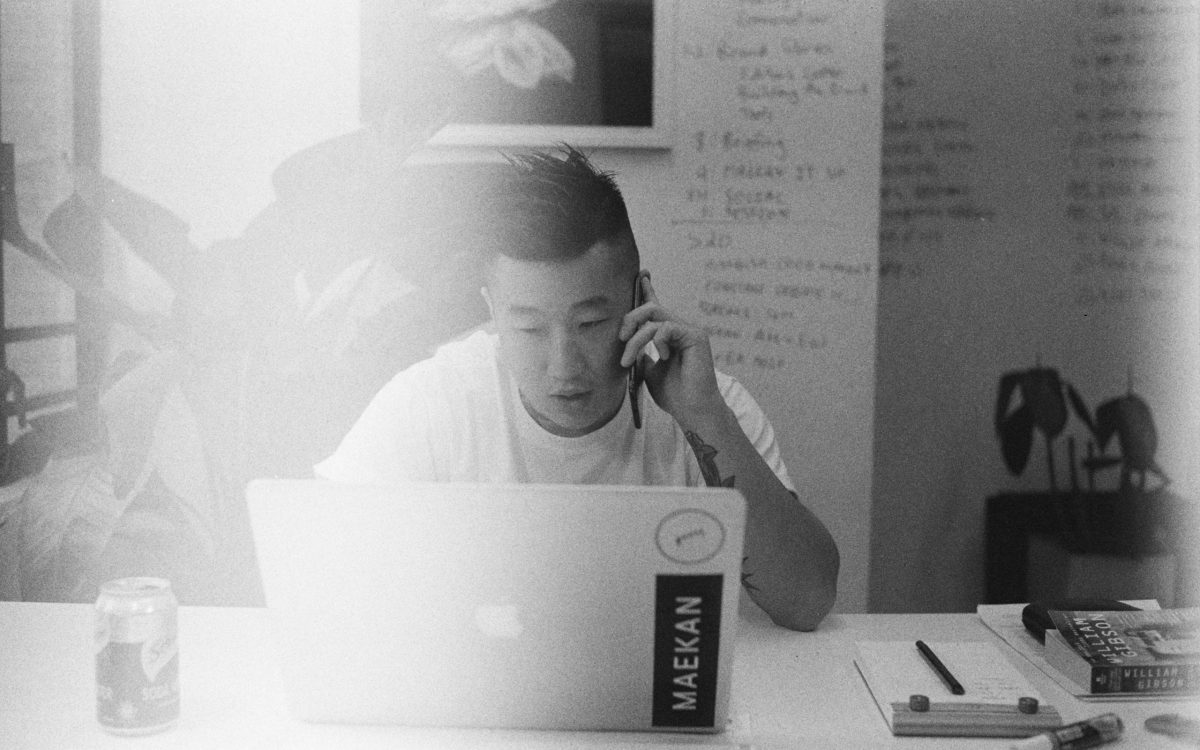 Building the Brand — 1 Year and Counting 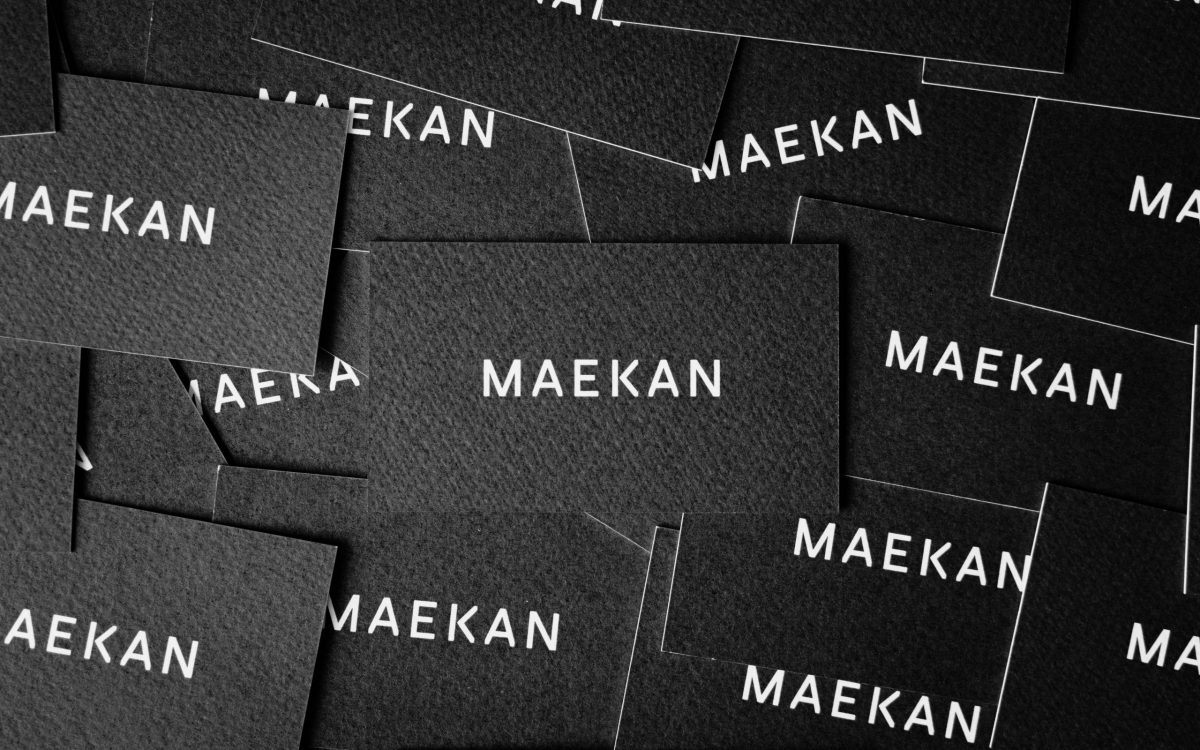 Building the Brand — Why Membership? 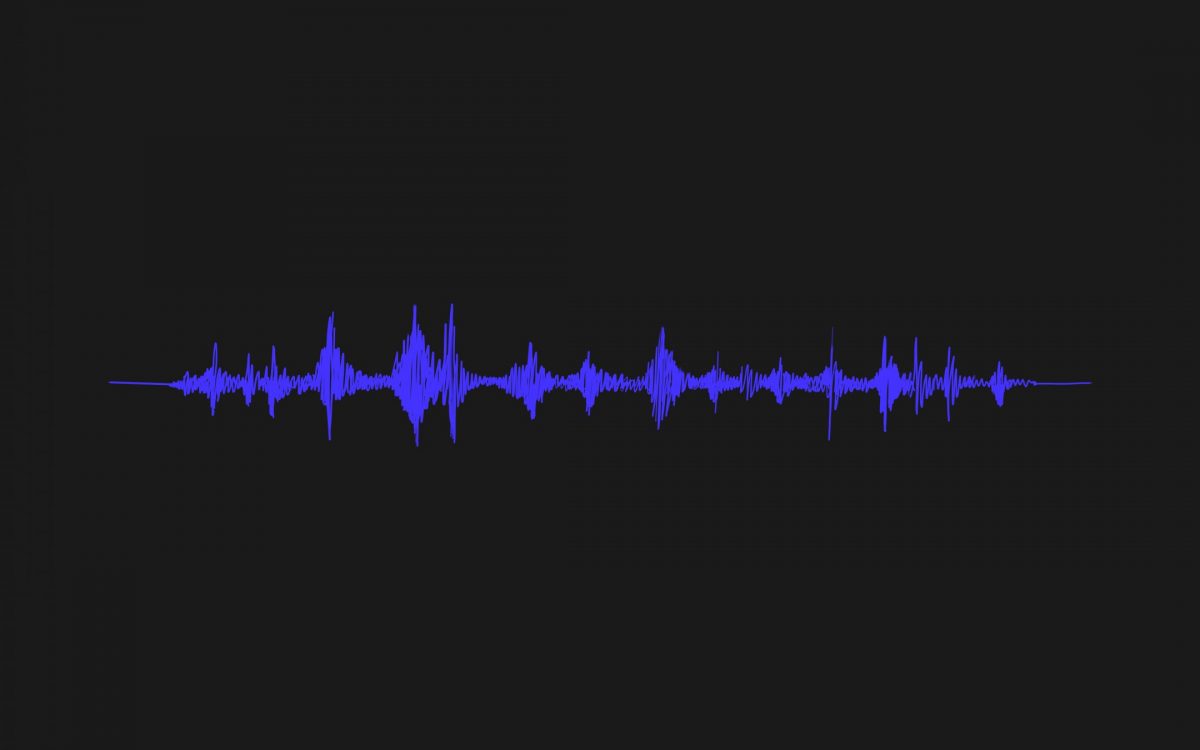 Building the Brand — Why Audio? 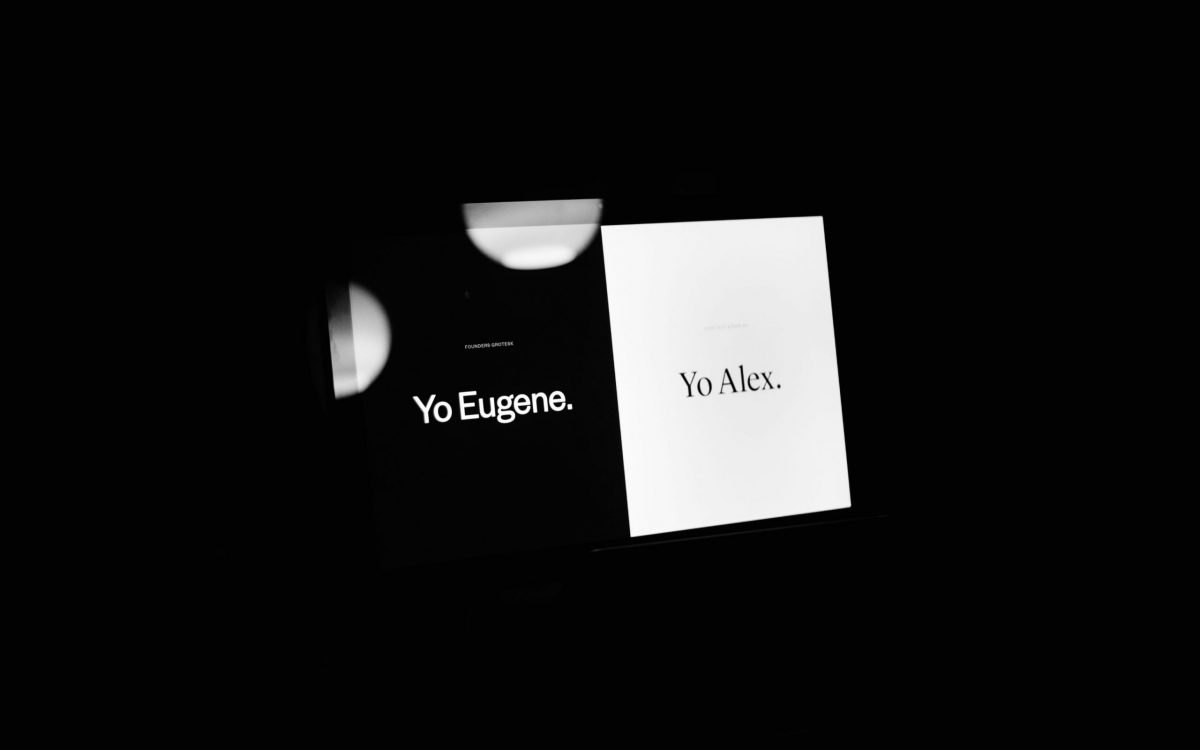 Building the Brand — Everything Up to This Point 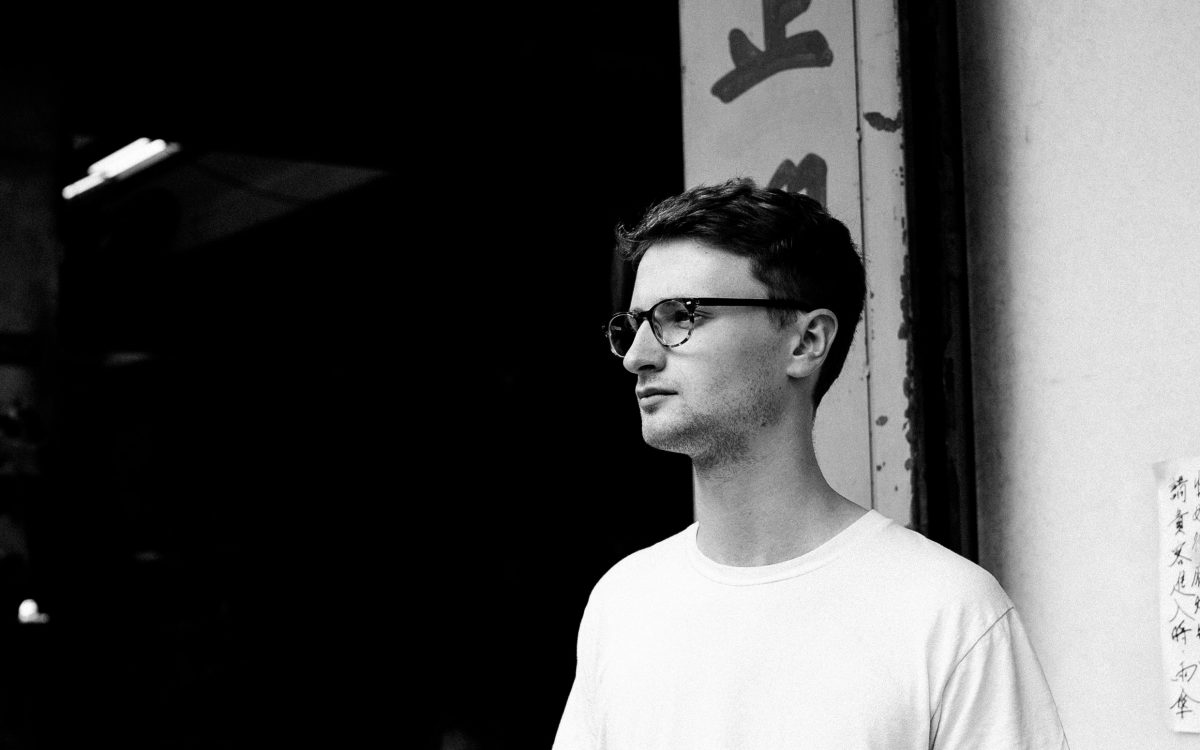 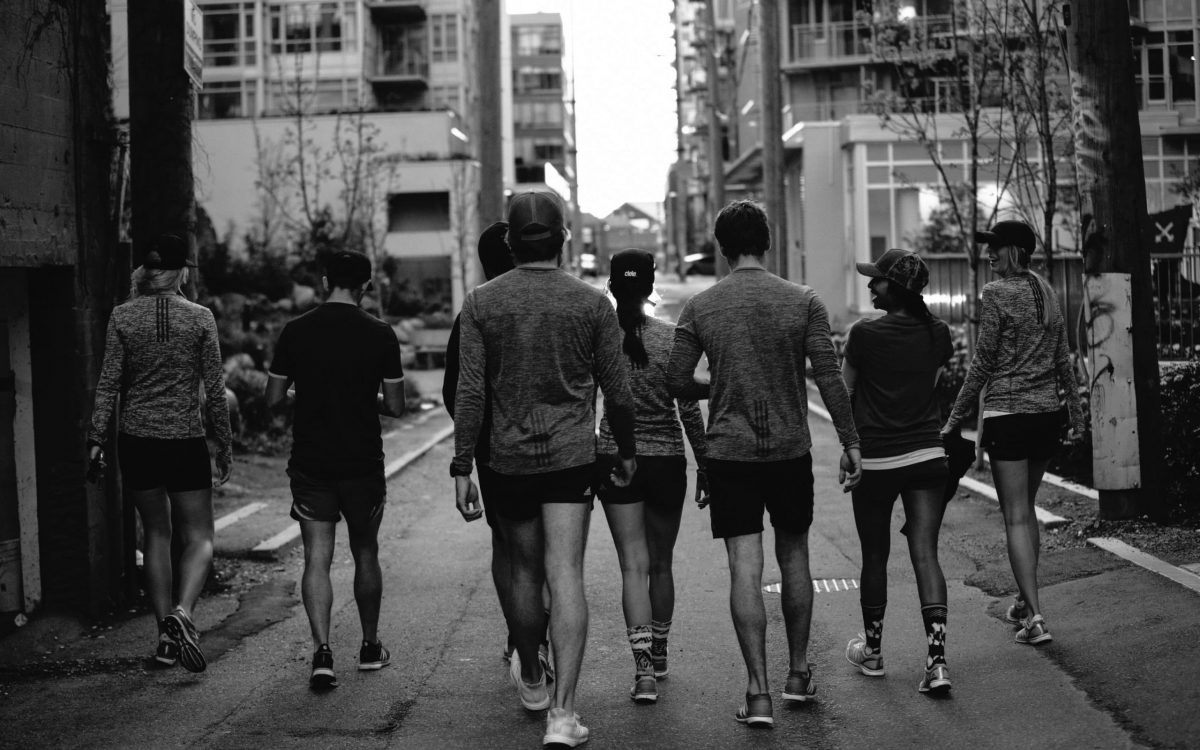 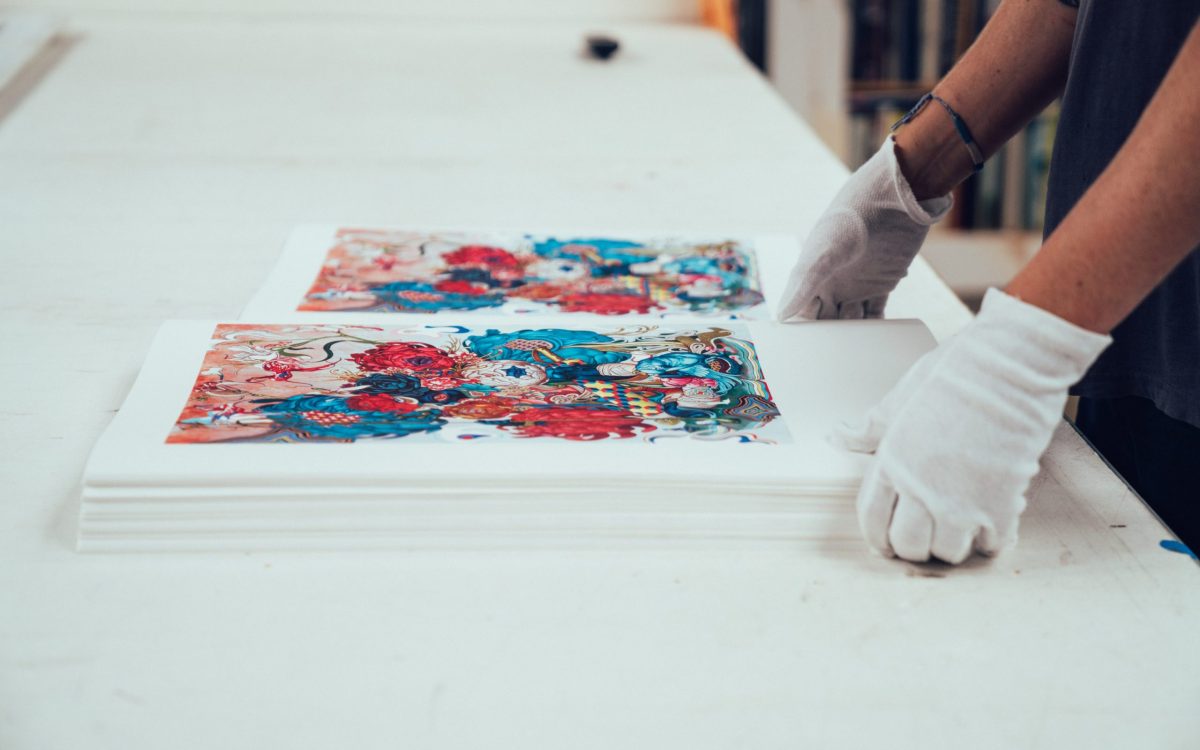 More from Building the Brand

Building the Brand — Learning When to Bob and When to Weave

Building the Brand — Why Hong Kong?

Building the Brand — The Apprentice

Building the Brand — Writing for Ears

Building the Brand — 1 Year and Counting

Building the Brand — Why Membership?

Building the Brand — Why Audio?

Building the Brand — Everything Up to This Point