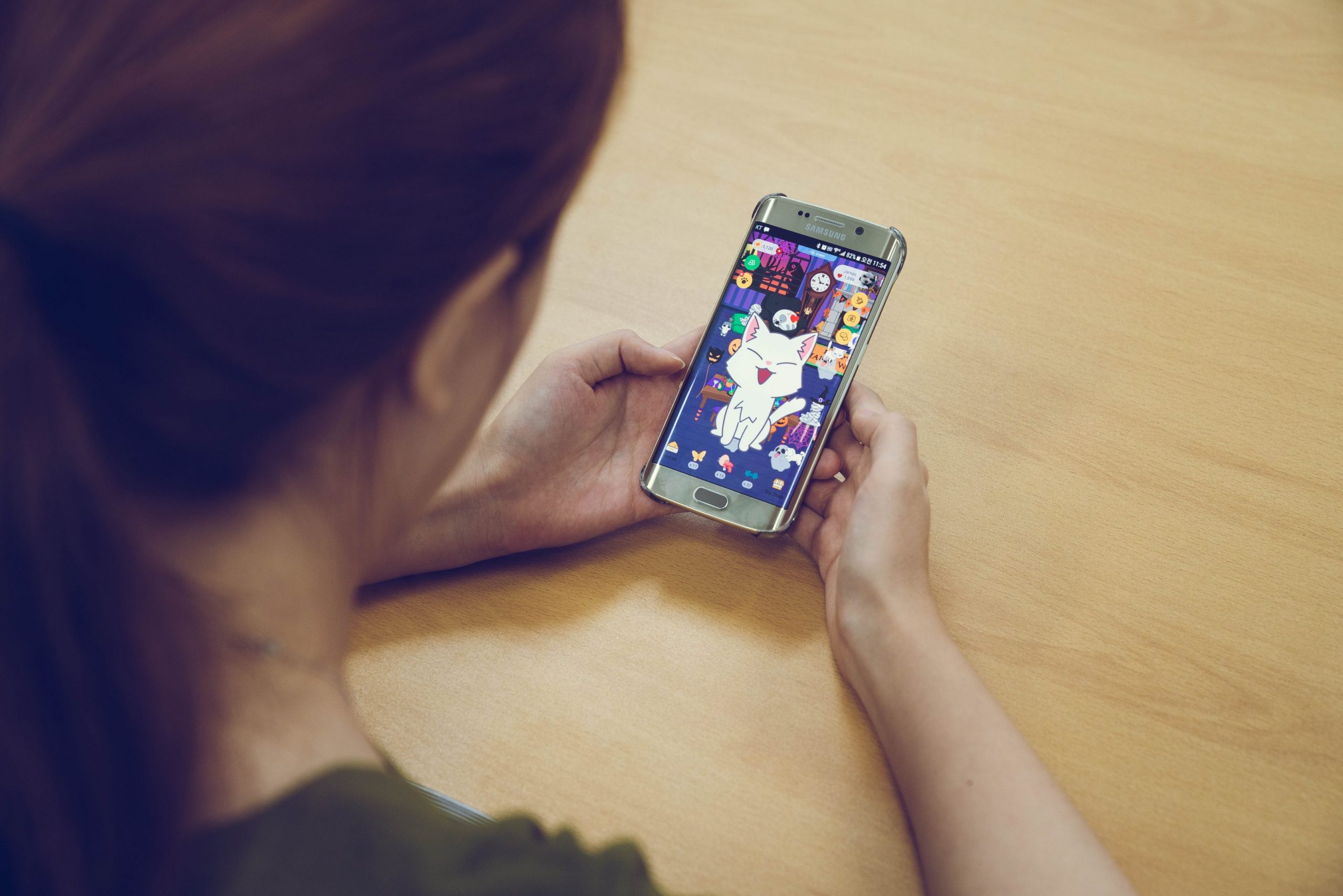 Full Circle — Virtual Pets Are Back When We Need Them Most

Virtual pets are nothing new, and over the course of several decades, we’ve seen their most popular forms fluctuate in portability, accessibility and how we interact with them. Their latest digital incarnation in the form of mobile apps sees them back in our hands and with us 24/7 as they were with the first virtual pets over 20 years ago. But while they could easily be written off as novel trinkets or low-difficulty games, it’s impossible to ignore why they’ve stuck around for so long and why they’re still relevant to our lives today.

How It All Began

You could say it was the Game Boy of 1989 that entered the scene as the first ever portable distraction, a distant ancestor of the modern smartphone. A few years later in 1996, Japanese toy maker Bandai released the Tamagotchi, quickly making it one of the most sought-after toys of the time. Periodically reminding the owner to feed it, play with it and clean up its waste, it was considered the first-ever virtual or “digital” pet.

As addicting as those handheld gaming devices were, their experiences, except for the pre-Candy Crush e-crack known as Tetris, were largely finite: You could sink dozens of hours into a game only to reach the final level or boss and consider yourself ‘accomplished.’ 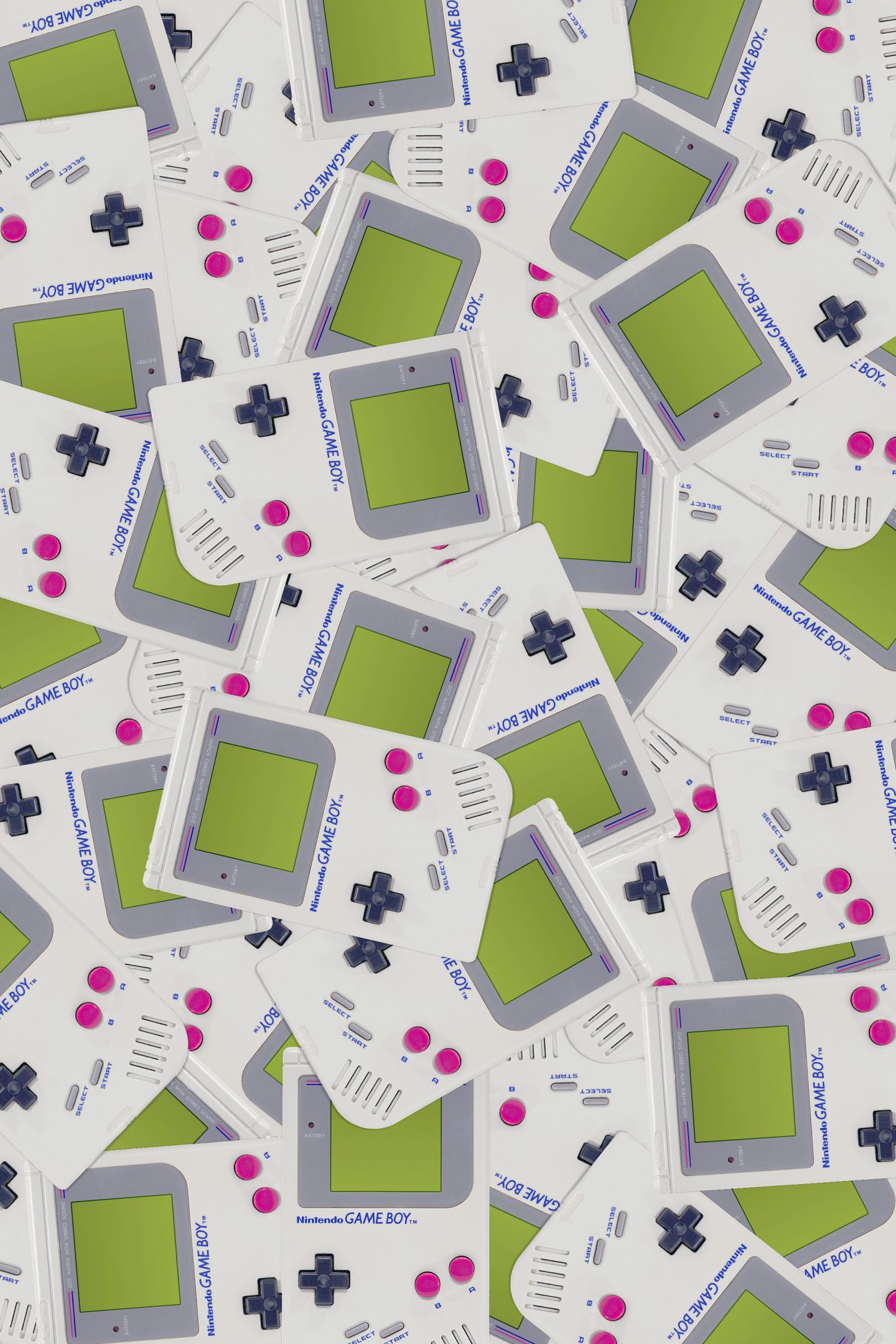 But what made virtual pets different?

For starters, Tamagotchis were always on, demanding your attention in real-time. Assuming you were a diligent caregiver, they stayed happy and healthy for the remainder of their programmed lifespan. And if you found yourself grieving after they inevitably reached it, you could simply reset them and start again.

They were as the iconic virtual pet’s inventor Aki Maita had envisioned: a fulfillment of the Japanese people’s love for handheld gadgets and pets, especially given many apartments there forbid dogs and cats. To this end, they were as portable as they were clean and economically feasible.

They also “depended” on you.

Through a series of beeps, they could cry out with enough urgency to convince you to stop what you were doing and frantically rifle through your pockets, or leave the classroom to check your locker on a “bathroom break.” Sounding familiar?

Tamagotchis were banned in many North American and Japanese schools for being distracting.

This is where the comparison ends as the iPhone is a highly evolved beast compared to that old jagged jumble of black pixels on a monochrome LCD. Because it’s not just the graphics or the size of the device that’s changed significantly: the relationship between you and your device has both deepened and inverted.

In short, you now depend on it.

A Tamagotchi would ‘notify’ you of its needs only every few hours or so and even those needs were numbered: it only needed to be fed, loved or cleaned. Once you’d done one of those three things, you could go back to your life for a few hours. 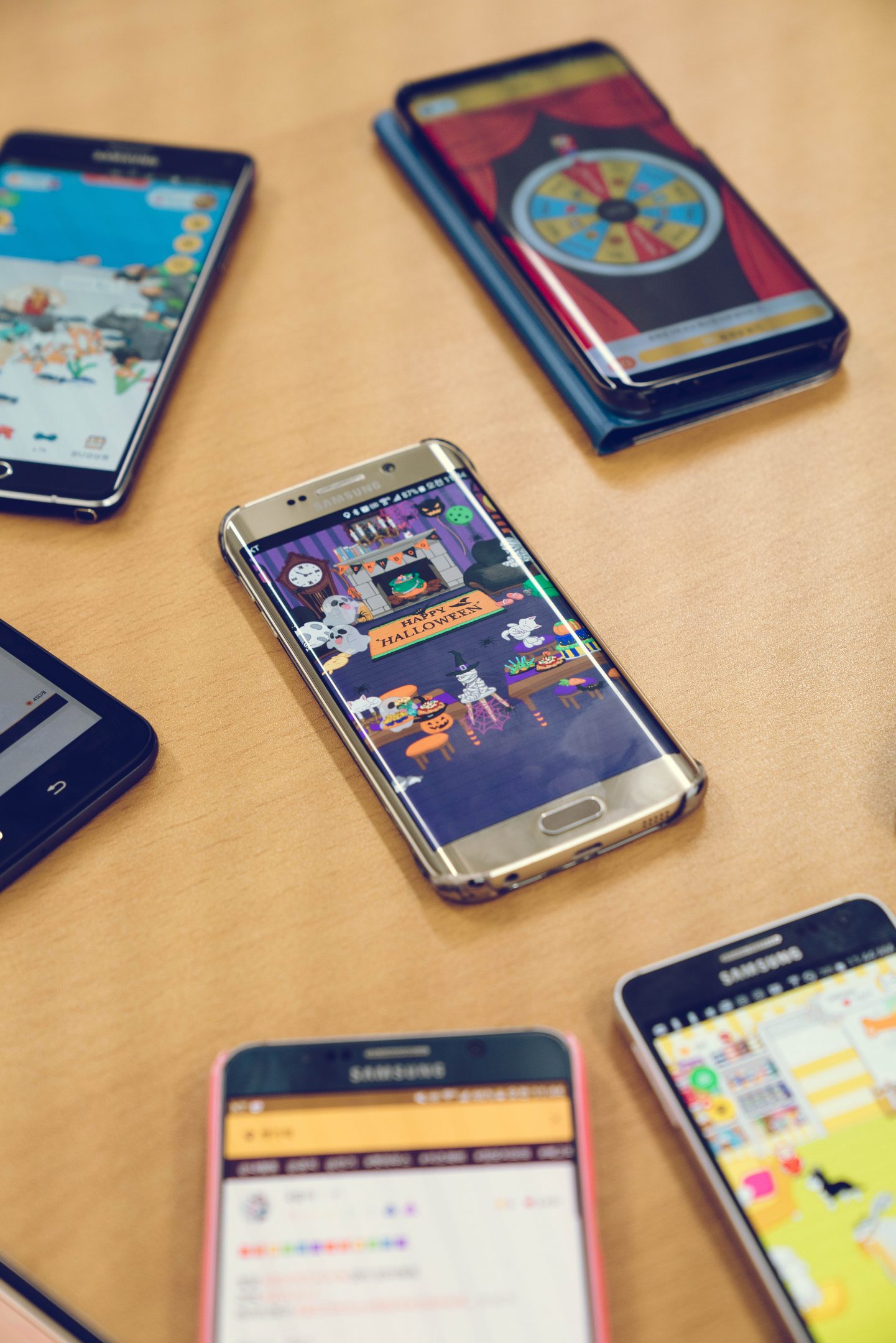 As the modern security animal that accompanies us into adulthood, smartphones are not only remarkably similar to the Tamagotchis we once obsessively doted on, they’re much worse.

Each app we install has the potential be a demanding “pet” of its own, constantly begging for and splintering our attention with notifications every few minutes. Once you factor in social media, it’s no longer just a few app processes calling out to us for a tap or swipe, but potentially our entire network of living breathing colleagues, friends and family and the happenings in their lives demanding a reaction.

With this in mind, it might not seem so far-fetched to suggest that now is a great time for virtual pets to make a comeback.

The Next Generation of Virtual Pets

Based in Seoul, Hogyeong Kang is the CEO of Applepie Studio and the creator of virtual pet app Hellopet. Speaking with him through an interpreter, we found the needs filled by virtual pets have changed very little in two decades:

“Because people and users have their phones with them 24/7 and they’re able to have their phone on their person when they’re going to work, they have this opportunity to bring this pet with them.When you have a dog or cat, it just stays at home, and you can’t take it to your office. So the main focus became that it was a healing experience for many people. A lot of people are obviously very stressed with work and the like. But the benefit of having your phone with you is that you can have this interaction and conversation with the animal on your screen.” 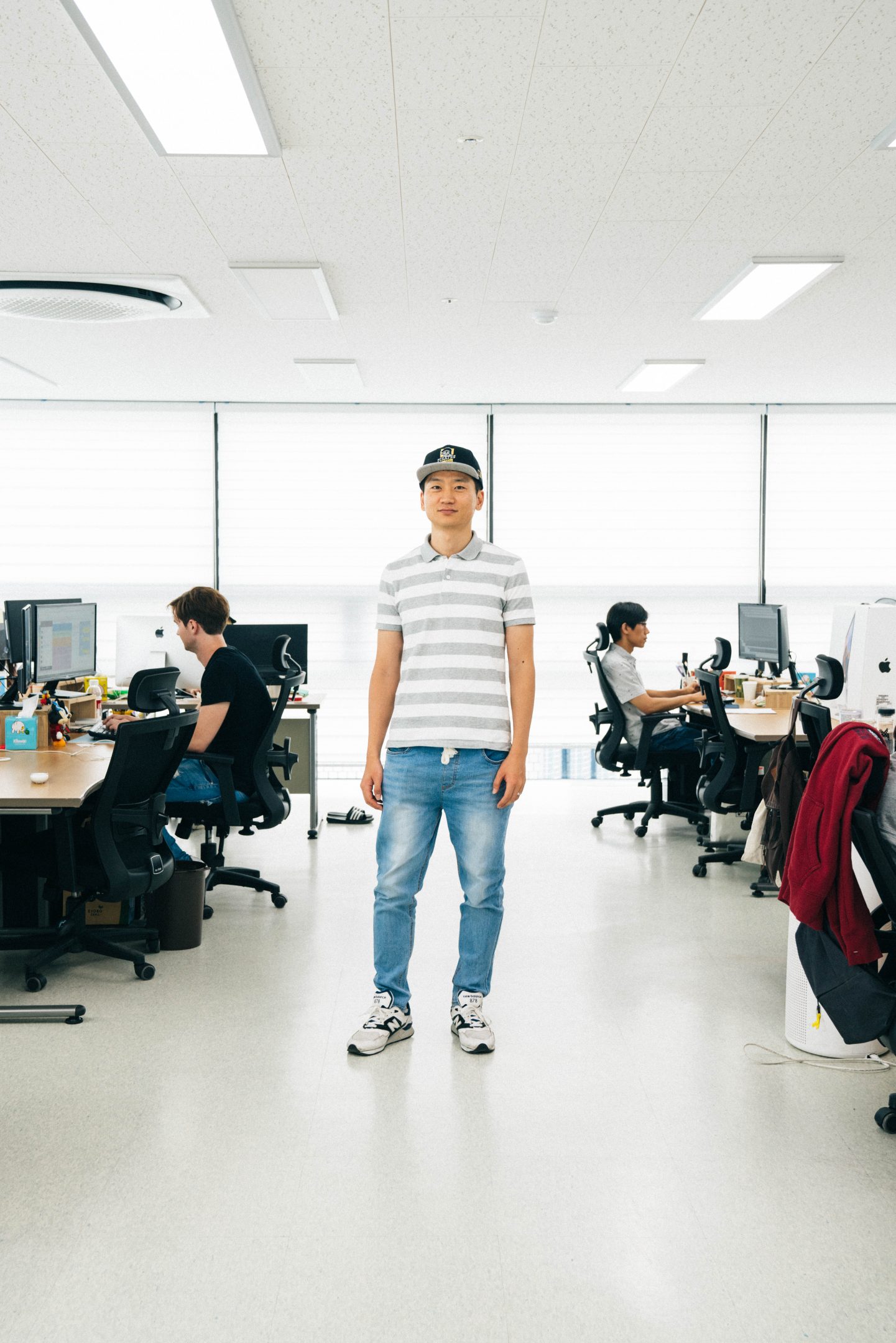 Hogeyoeng at Applepie Studio in Seoul.

One thing to mention, when Hogyeong said “on your screen,” he meant on your home screen. One of Hellopets innovative features was to make use of the ‘overlay’ layer built into Android—the mobile OS that Hellopet debuted on. This meant that you could play with your virtual dog, cat (or macaque monkey) as they skittered over your clock, calendar and any apps you have scattered about. This effectively converted an Android phone into a more familiar virtual pet like the Tamagotchi.

But it’s much more now that AI and social technologies have come as far as they have.

Beyond simply acting as receivers of our care, Hellopet’s animals interact with the user in a way that’s similar to a digital assistant, albeit without the stiffness. Hogyeong explained how that aspect of the experience was crucial to Hellopet to the point pets had their personalities meticulously written with authentic and nuanced interactions to serve the app’s original Korean market. These were then localized by native speakers for the English, Chinese and Russian versions.

On the social side, Hellopet also has its own in-app social community called Pet Chat where users share memes, drawings or pictures of their real pets like they would Facebook.

To be fair, if you heard that experience described to you, your first reaction might resemble the one you’d use for unsolicited pop-ups on your web browser. If not, you might still write it off as yet another distraction to add to the list, one that’s profitable for a company like Applepie Studio.

But as we continually assess our changing relationship with technology and how updates on old models might affect that, it’s worth playing devil’s advocate and seeing the upside to a virtual pet app.

The variety of collectible pets includes chameleons, hamsters and even river dolphins

I started this story off with the Game Boy because if you’ve never had a virtual pet before, the comparison with games is all but inevitable and your skepticism of virtual pet apps would be warranted. The timing is extremely convenient for virtual pet apps—and potentially profitable. Like virtual pet apps, mobile games have piggybacked on the role of the smartphone in our lives now that it’s reached its peak.

Years before, someone who kept multiple gadgets would have carried some combination of a phone, an iPod, a digital point-and-shoot and maybe a handheld gaming device. If you were a student based in Asia, you might also carry around an electronic dictionary for language studies. It goes without saying the smartphone has gradually taken over the roles of all those dedicated devices—and absorbed their importance too: Losing a single phone is now the equivalent of losing multiple devices, and that’s why your phone is firmly glued to your person. 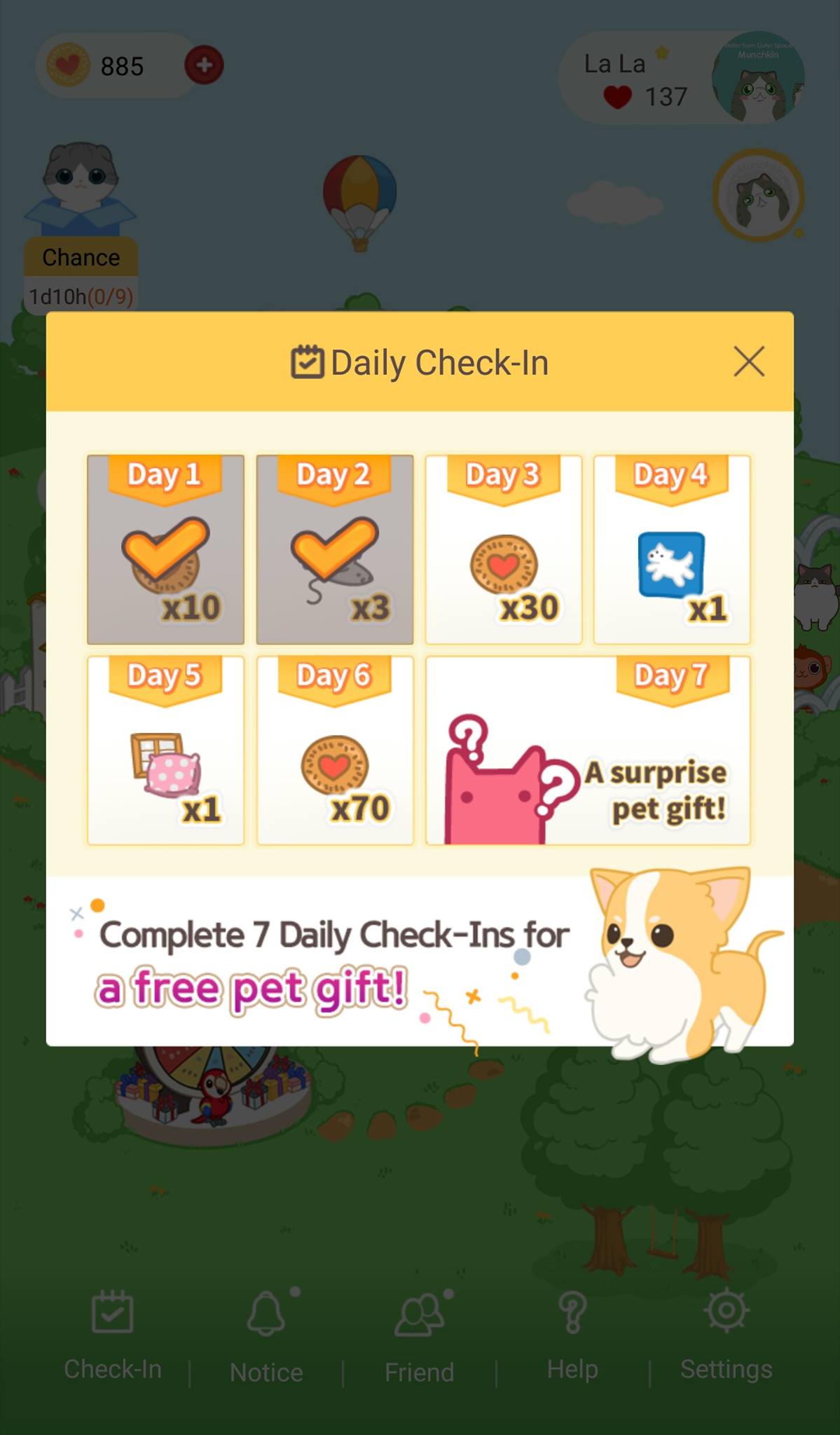 This is one of the key reasons why the mobile games industry has been able to explode. No longer the exclusive pastime of stanky geeks huddled in their parent’s basement, games can be enjoyed by anyone capable of holding a smartphone and of being bored for ten minutes.

But in my books, virtual pets don’t prey on your smartphone addiction in the same way that other non-utility apps like games do. Here’s why.

Most current for-profit smartphone games are built with a “stamina” system. This means whether you’re building a farm, solving candy-coated puzzles or waging war on other players, how many actions you can make—that is, how much you can play a day is limited by some arbitrary unit representing energy.

The second game mechanic is that some actions aren’t instantaneous. I’m just making this up, but I’m sure there’s a bakery game where it takes you 1d 12h 30m to bake a solid gold loaf of rye. Don’t have the patience to wait for that? You’ll spend premium currency to speed up the process, which in this case could be called hearts, crystals or “bags of flour.”

For good measure, let’s say that in this game, you have to outsell competing bakeries that are also constantly trying to outsell you or burn down your shop. But let’s say you’ve become addicted to this game and you’ve used all your stamina for the day and your premium currency. Or maybe you want an instant advantage over your opponents. What do you do?

Pull out your credit card.

These boosts or top-ups are known as “micro-transactions,” which is a bit of misnomer because some of these value packages can cost upwards of $100 USD. This profit model is so popular, it’s since spread from smaller mobile developers to the big dogs of the video game industry such as EA and Blizzard.

By comparison, virtual pet apps like Hellopet and similarly popular cat-collecting game Nekoatsume, have cookies and goldfish as their respective premium currencies. But the important distinction here is that developers of mobile games use our sense of competition and completion to make these real-world purchases enticing (or all-but-necessary if they’re feeling greedy). With virtual pets, on the other hand, they typically only buy you vanity items: they don’t allow you the opportunity to fast-track your way to victory. The only “victory” to be had with virtual pets simply means a bigger collection of pets and toys.

In short, the premium items are just as they should be, a means to a premium—but not essential—experience.

Unlike many mobile games, the premium currency in Nekoatsume are used to buy purely decorative items.

At its most basic premise, virtual pets can be a momentary escape from the stresses of the modern world much like games. But, if profit and competition are non-issues for the average user on a typical virtual pet app, then all that’s left is their original intended function: an alternative to real pets.

According to Dr. Greg Fricchione, director of the Harvard-affiliated Benson-Henry Institute for Mind Body Medicine, there are obvious psychological benefits to pet ownership, especially security and validation. In his words, “No matter what you do or say, your dog or cat accepts you and is attached to you.” And for your part, having a routine of caring for something can certainly be therapeutic.

A virtual pet by comparison isn’t too different, albeit it’s largely designed—programmed, in fact—to like you. And this unconditional affection is why I’d argue the virtual pet has continued to evolve and come back into our lives time again in new forms. They provide a low-stakes interactive alternative to the morass that is our social media-infused lives where the instant comfort of connecting to friends and family could also be offset by other symptoms of FOMO and a sense of inferiority when we only see everyone’s best moments.

As with the first Tamagotchis, the next generation of virtual pets still has a role to play in the lives of people who love animals, but can’t own real pets because of allergies or other personal situations. But they may also become the unlikely but fitting solution to lives increasingly alienated by technology.  In short, becoming virtual pet owners might just give us back the sense of ownership we’re losing.

Ever since consumers started finding non-living alternatives to real pets, their features and our relationship with them has changed throughout the years in surprisingly repetitive ways. As they stand now, virtual pets have actually come full circle, starting as separate handheld devices and returning to them in the form of smartphone apps.
1975 — Pet Rocks