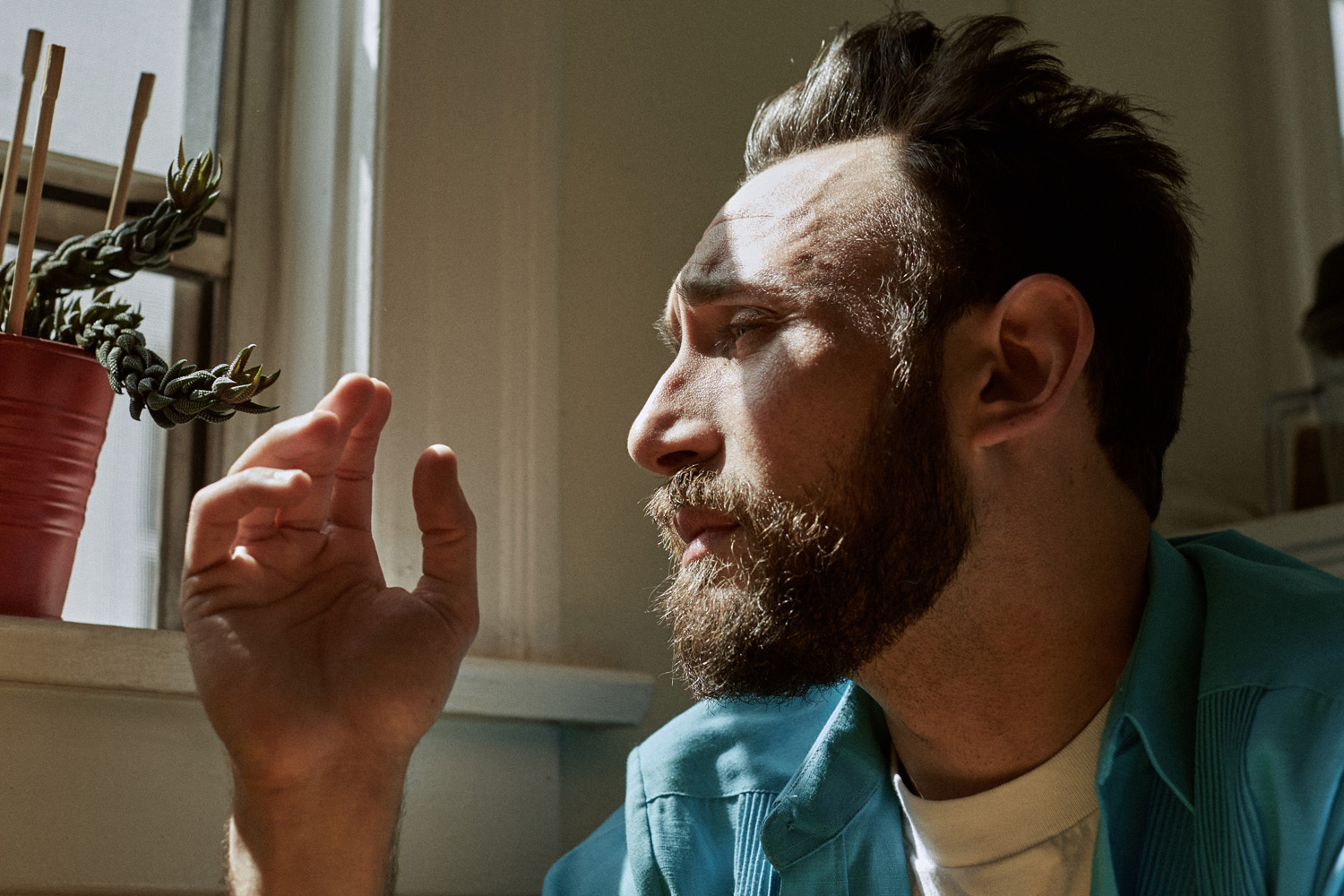 The Well of Knowledge —
Henry Canyons

One arm of the study of knowledge, known as epistemology, argues that the mind is born a blank slate, a ‘tabula rasa’ if you will. Through sensory perception: memory, culture, the way we’re brought up, this blank slate is slowly colored in, making us into the people we are.

Henry Canyons is a rapper based in LA, his unique sound made up of eclectic inspirations. Imbued with his love of soul, jazz and funk, the sound of his new project Cool Side of the Pillow takes notes from names like Duke Ellington, Charles Mingus, Bill Evans and Miles Davis but with a defining edge of New York rap sensibilities from the likes of Nas, Biggie, Jay Z and Big L. We caught up with Henry in LA to discuss his new body of work, over the afternoon that we spent with Henry we came to realize the vast importance of past experiences in shaping his art. 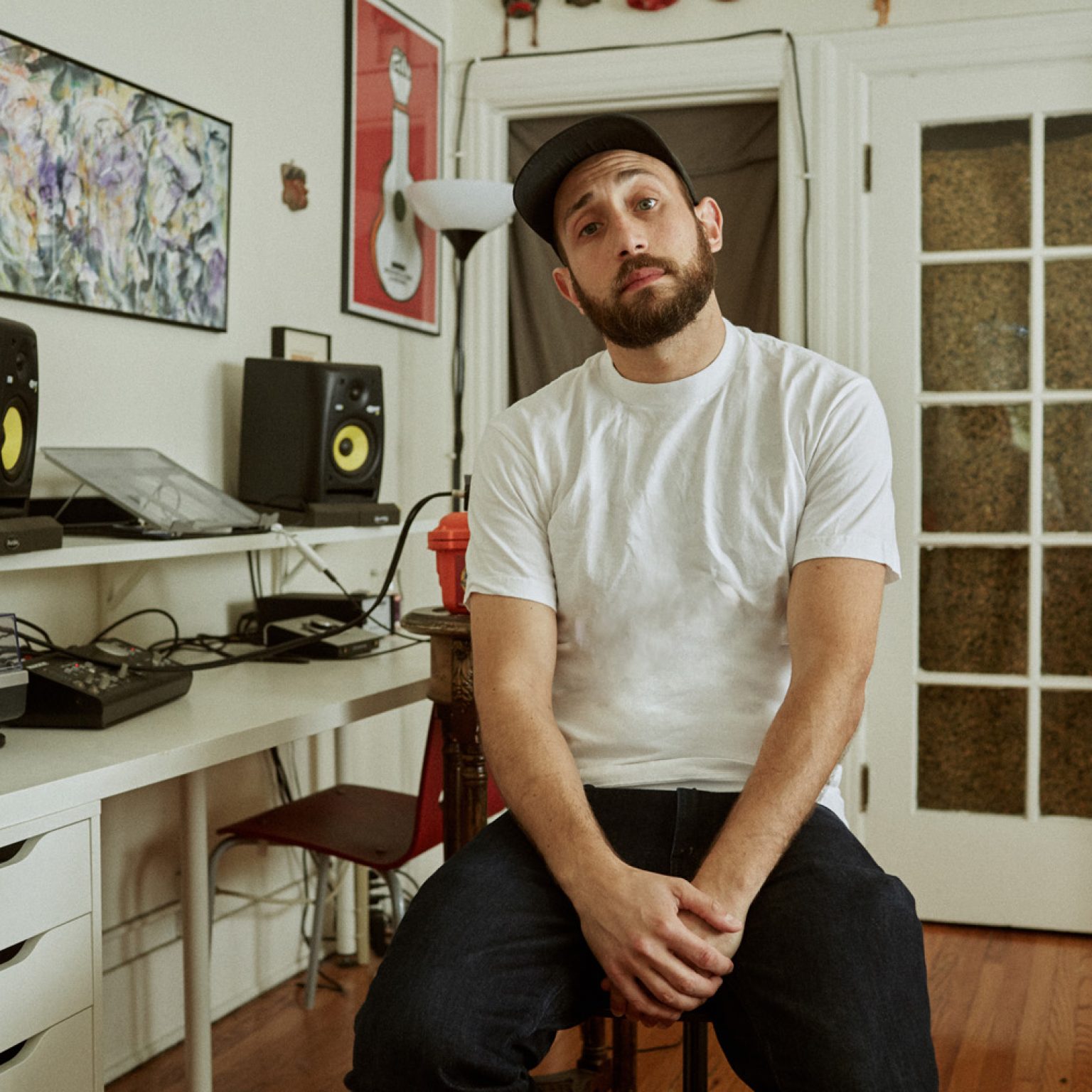 From growing up in New York to his optimistic move to LA, Henry’s sound has been fashioned by the sounds, tastes, sights and people that surrounded him. One overarching analogy stands out as to what being an artist means to Henry: the well of knowledge.

Henry: The well of knowledge. When you’re growing up, your brain is–this sounds fucked up–but your brain is an empty hole like a well and through experiences you’re just throwing things into the well. When it’s time to water your garden you’re drawing from that well. So everything has all those influences in it. Whether it’s conscious or subconscious, sometimes it just shines through and you don’t realize it.

Eight years ago Henry moved from New York to LA at the age of 18.New York’s music scene to Henry was freestyles, cyphers, blunts, and the park, a glaring contrast with Los Angeles’ polished industry characterised by big studios and record labels–what Henry calls the nucleus of music’s business sector.

Getting connected in LA was a challenge for Henry; having moved to the city with a friend from college with the goal of making music, he found himself quickly immersed in the music scene. The struggle came in trying to find a social circle outside of music.

Henry: I didn’t get it. I didn’t really get how the city worked. I didn’t get the people I didn’t like the interaction and what the vibe was really like. it took me a while to get my feet planted and come up with a social circle outside of music. I landed a job that really opened up things socially and they’ve become my family at this point. I’m 100 percent confident that if I hadn’t met them and I didn’t have them here I probably would have left by now. 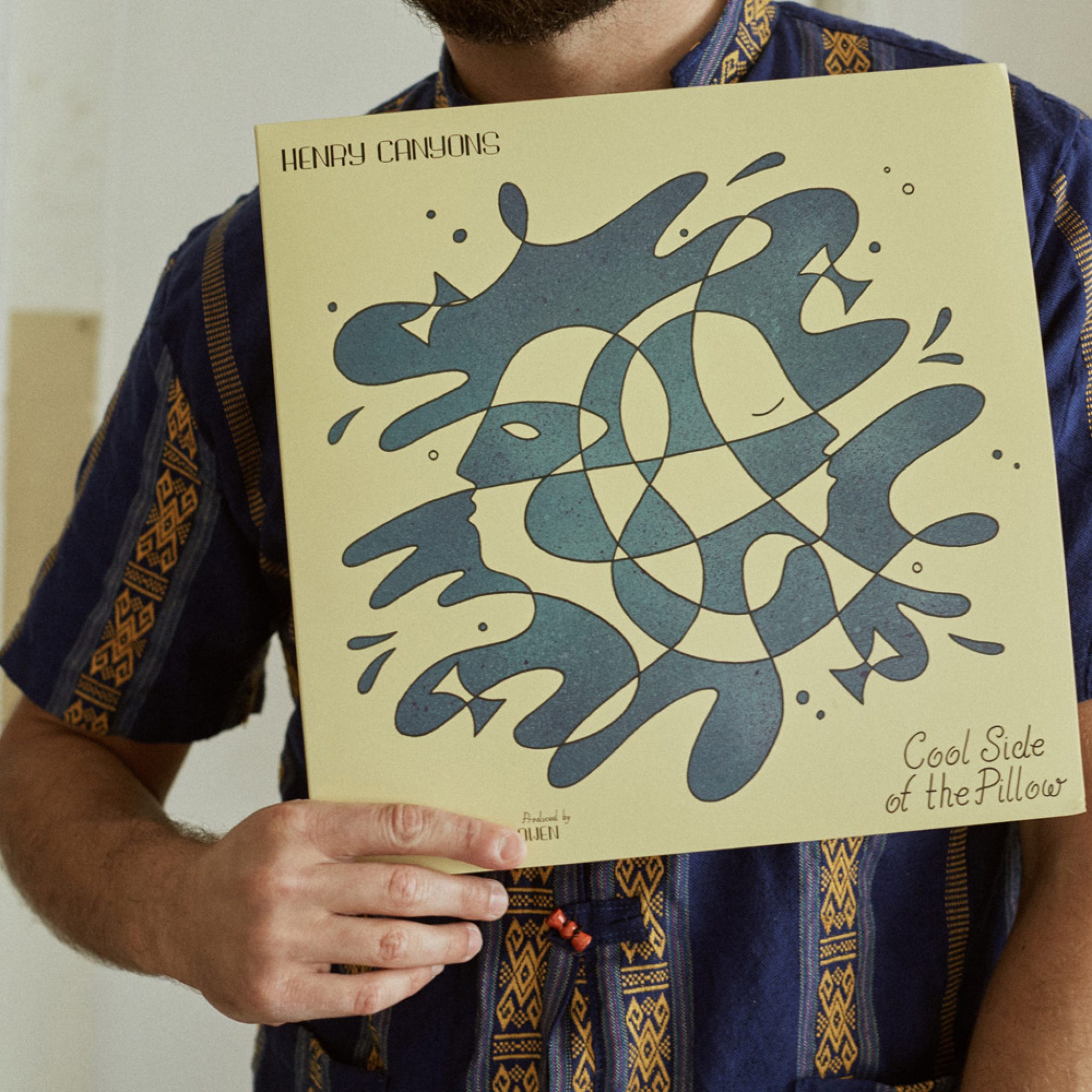 Becoming more comfortable in LA allowed Henry to find his rhythm, he found an environment which was conducive to creating and living the life he had envisioned. He began to focus more heavily on his music, and for Henry that meant looking to figures from his past who had been instrumental in his development. Two men stand out as significant landmarks in Henry’s journey, the first is his grandfather. Escaping from France during the war, Henry’s grandfather began what Henry calls “the straight pursuit of life.”

Henry: He was the receptionist in a gallery and he was unbelievably charming, charismatic, and handsome. The guy who was running the gallery was like, “There’s something here for you, I don’t even know if this is a career but you’re just a charming ass dude and this business has a lot to do with charming people and selling something. You’re selling the charm of the artwork, you’re selling the meaning of things.” And so the dude one day was like, “What if I were to give you the opportunity to pick the artist, and to pick the show.” My grandfather chooses an artist, sells the whole show on the first night and then he did it again.

He became an art dealer and wrote books. He was just a patron of the arts and someone who always supported that artistic sensibility and he supported my grandmother as a painter.Four of the five things in [this room] are her works. In terms of advice, in terms of a role model, he was it. In To The Dreamers, that was a lot of those messages and things that he conveyed to me. It’s as if I was writing a letter in his voice down the lineage to either my kids or just people in general. Yeah, I mean it’s undeniable that I think about him all the time. 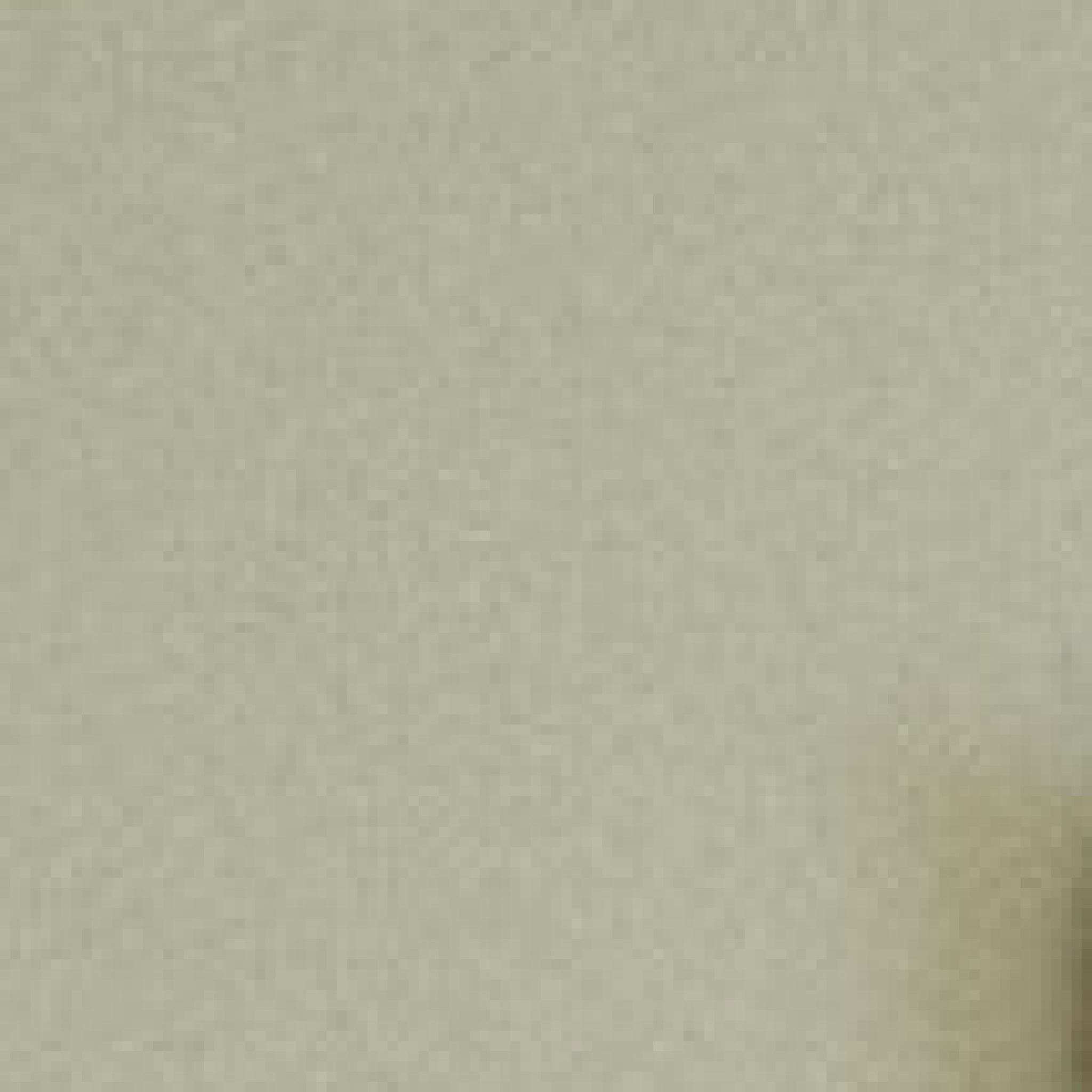 “In terms of advice, in terms of a role model, [my grandfather] was it. In To The Dreamers, that was a lot of those messages and things that he conveyed to me. It’s as if I was writing a letter in his voice down the lineage to either my kids or just people in general. Yeah, I mean it’s undeniable that I think about him all the time.”

In 2016, Henry spent 6 months in France that proved to be deeply meaningful to him as a person and in his career. The first 2 months of this stay were taken up by an artist residency where Henry began to understand his personal writing process. Before leaving for France, Henry hadn’t written for several months. Feeling that he wasn’t working hard enough, the trip to France came at the perfect time for a step back, a deep breath, and a clear head.

The residency gave Henry the space to reflect and put his ideas into action, returning with a completed EP. While Henry was in France he connected with a good friend of his grandfather. This friend was a recognized sculptor, artist, and poet. Henry first met him as a 12-year-old with fond memories of his two-storey studio filled with sawdust and pulleys. Now well into his 70s, he had some powerful insights to pass onto Henry.

Henry: I had the privilege of seeing him quite a bit. And we were having this conversation, he was like: “I’m so happy about what you’re doing, you’re just you’re doing it man. You’re doing it, it doesn’t matter what it is, doesn’t matter how people see it, you’re doing it. It’s a process, it’s a journey and look man I’m lucky, people want to see what I have to offer but that’s not my driving force behind this thing. My driving force behind this and art in general is just to make people think.” That’s it. That’s what I want to put out. Could be something that’s not my intention. Could be sad, could be happy, could be sentimental, could be anger, could be a variety of things, it doesn’t even really matter.

It’d be nice if my intention was interpreted and then kind of expanded upon, but you can’t control that, all you can control is putting out something that sparks some kind of reaction or response. And it doesn’t even need to be vocalized, it can just be a thought. From that conversation I was kind of just like fuck it, this is what I love to do, this is what I am, this is what I do. 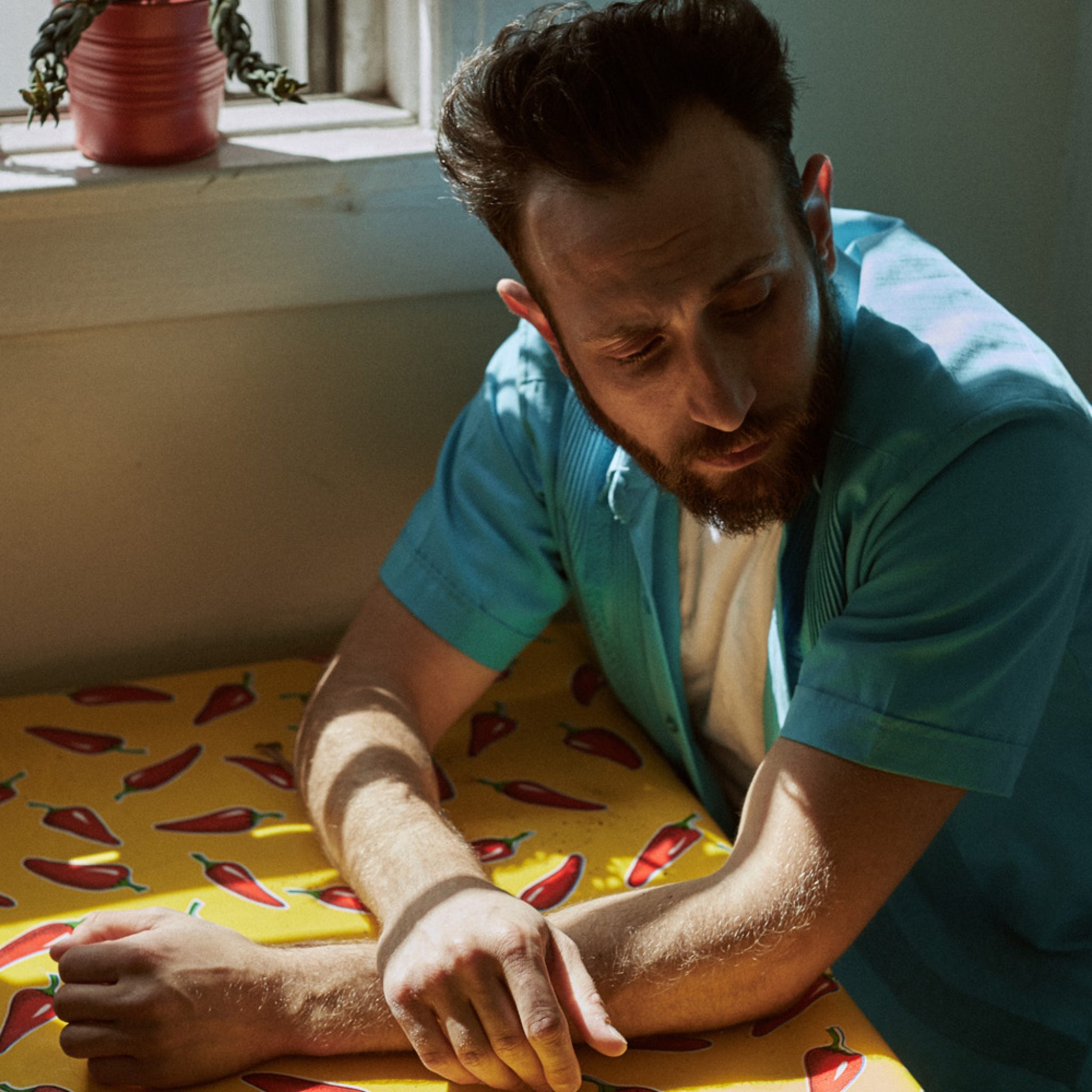 Henry’s constant openness to learning and growing is an essential quality for an artist, to ensure that every experience, whether good or bad, contributes to your well. Surrounding ourselves with good people, good food and good art will be reflected in our creations at some point with or without us knowing. In a more general sense, if we can learn to enjoy the journey, it doesn’t really matter where we end up. Henry’s performances on PremRock & Fresh Kills’ upcoming European tour will be the amalgamation of a lifetime of sources and references, but throughout the tour you can expect Henry to be picking up more pointers, learning and developing; the well is never full.

For more information on Henry and to hear his music, check out his website. 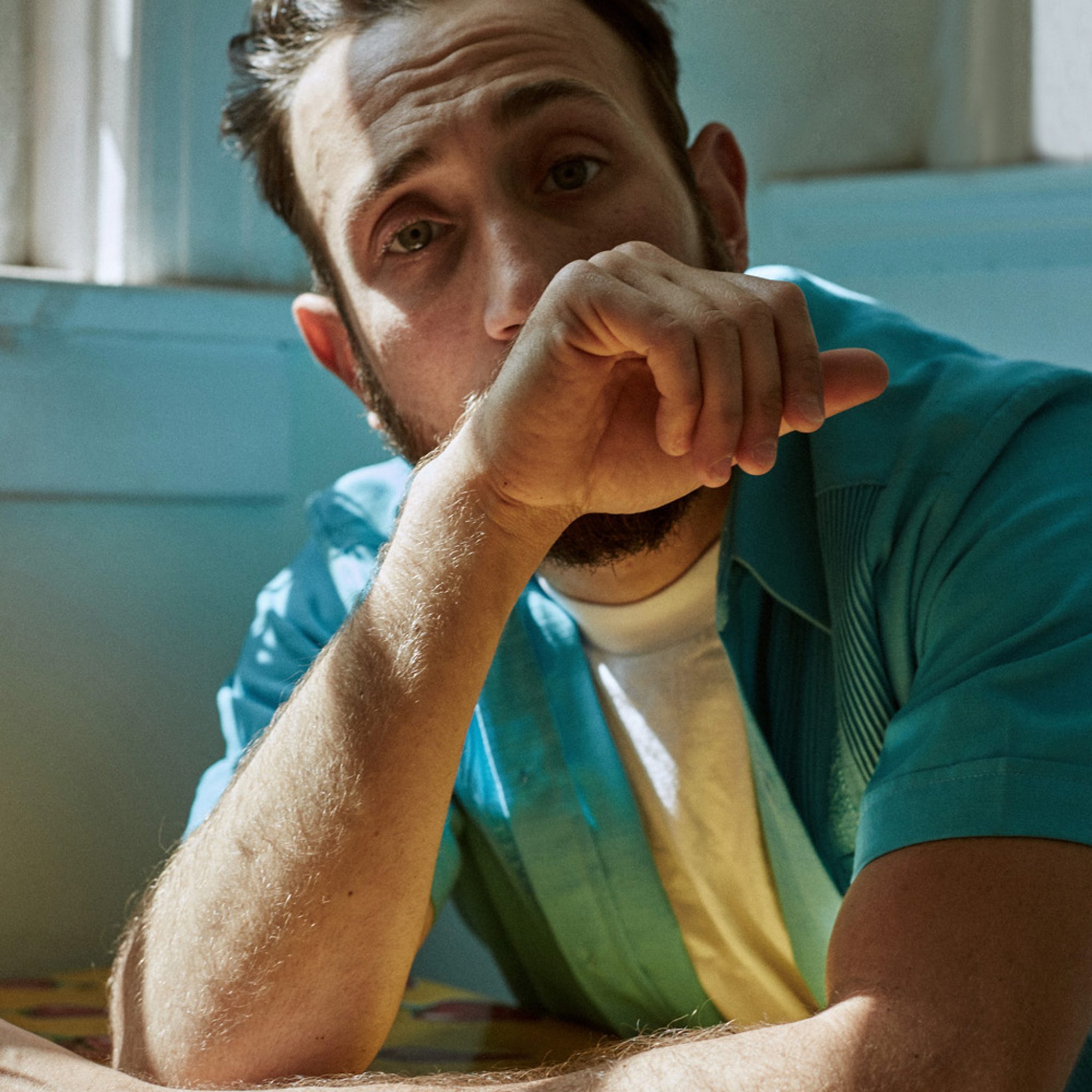