A Short Film by Jimmy Vi

A nostalgic ode to the director’s experiences growing up in the suburbs of Mississauga outside Toronto, “Suburban Tea” is inspired by elements of tarot cards and focuses on the fleeting intimacy found by escaping the busyness of the city. Watch the full video below and read about Jimmy’s approach in making the short film.

At MAEKAN, we are continually amazed by the contributions—that span all creative mediums—our growing community makes. Jeremy Leung, who we recently spoke to about his exhibition “Veiled Emotions”, introduced us to his friend, the filmmaker Jimmy Vi. Jimmy recently completed his short art film “Suburban Tea” which we are proud to premiere on MAEKAN.

Jimmy describes himself as someone who is hard on himself and lives in his own mind. The city of Toronto was essential for his growth as an artist. However, it was not just the city as a standalone urban hub that influenced him, but the relationship the city has with the suburbs all around it. Jimmy told us that the differences between the two places allowed him to experience specific moments in the suburbs with greater clarity. His short film aims to capture that sensation. “The moments feel more intimate, time feels fleeting, curiosity forms desire. “Suburban Tea” is a moment in time where desire aligns with opportunity and creates harmony.” 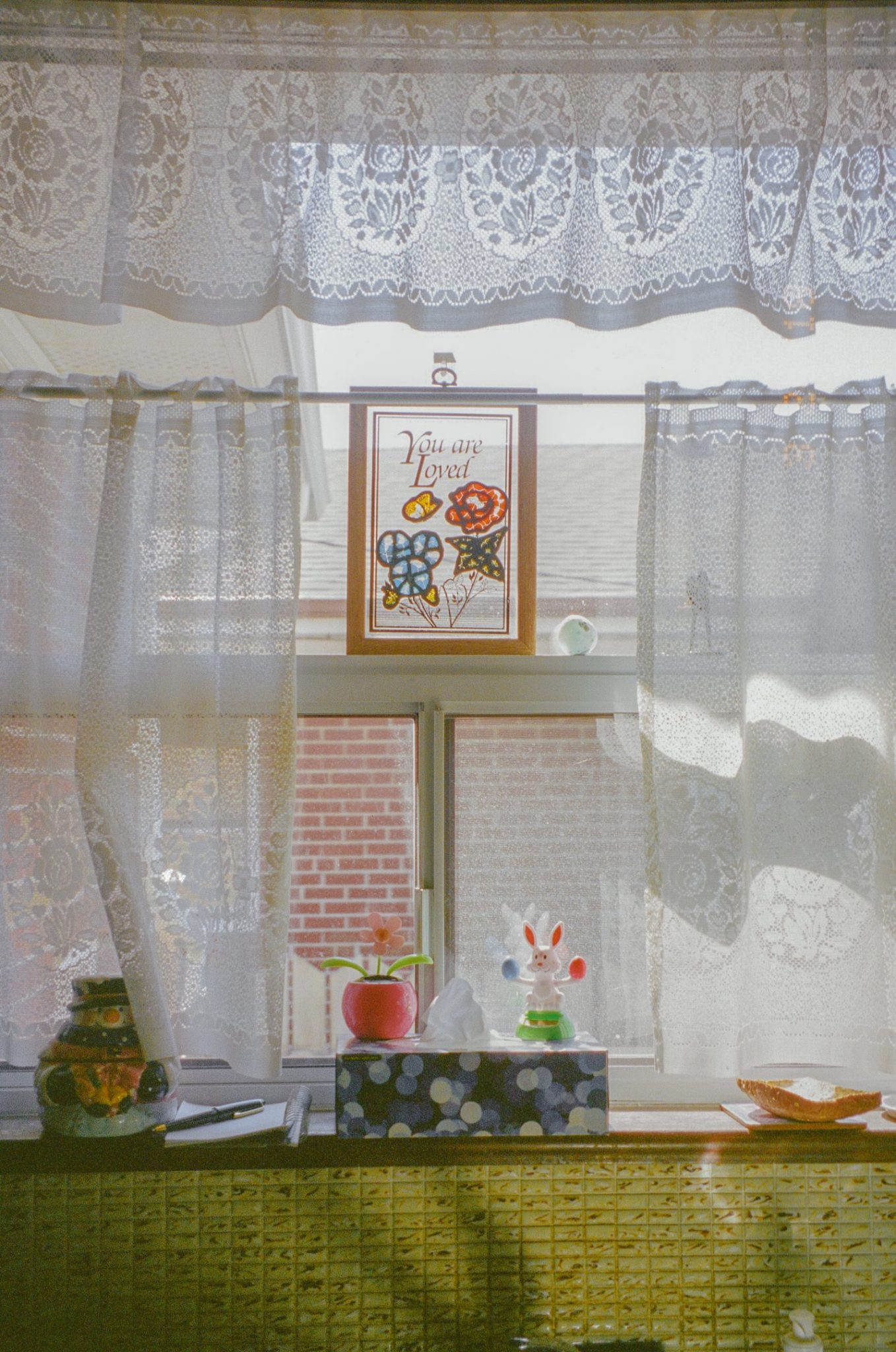 What was your inspiration?

I’ve lived in suburbia my entire life and commuted downtown for university and work. It’s a big contrast for me. Everything in suburbia moves slower, and people here have different motives and levels of energy, whereas people in the city have this sense of urgency.

I’m someone who is inspired by all walks of life. Being able to understand different perspectives is what makes me appreciate my own life. Constantly being surrounded by individuals that want to create art and make something of themselves is truly inspiring. This energy it gives me motivates me to go and create, but it’s a blessing and curse in many ways.

Living here has allowed me to slow time down, stop, and look at all the little moving elements of my life: the tangible things like the people in my life, the career I’m in, and how I make a living, as well as the intangible elements like my appreciation for the people that surround me.

That act of appreciation steeped in suburbia’s slow pace of living creates this dreamy sense of reality and past. This film is a visual representation of my feelings at this point in my life: my dream-like state of being able to live off something I truly love to do and being surrounded by people who truly appreciate and support me.

What’s the background behind the film’s story?

One of the elements that drove the film was the tarot card “The Lovers”. When we first visited the location where “Suburban Tea” was shot, I saw a deck of tarot cards. I remember picking it up and looking through the deck and on the top was “The Lovers”. I made note of it and when I went home to refine the idea I read more about it. It became the subconscious theme of Suburban Tea.

It embodied my trust in Julian (my director of photography), someone whom I had just met. It encouraged me to be rational about the process and, once we committed to shooting the project, to just do it with conviction. Everything that followed, from getting vintage film lenses to finding my lovely crew and actors, all of it happened to line up and harmonize. 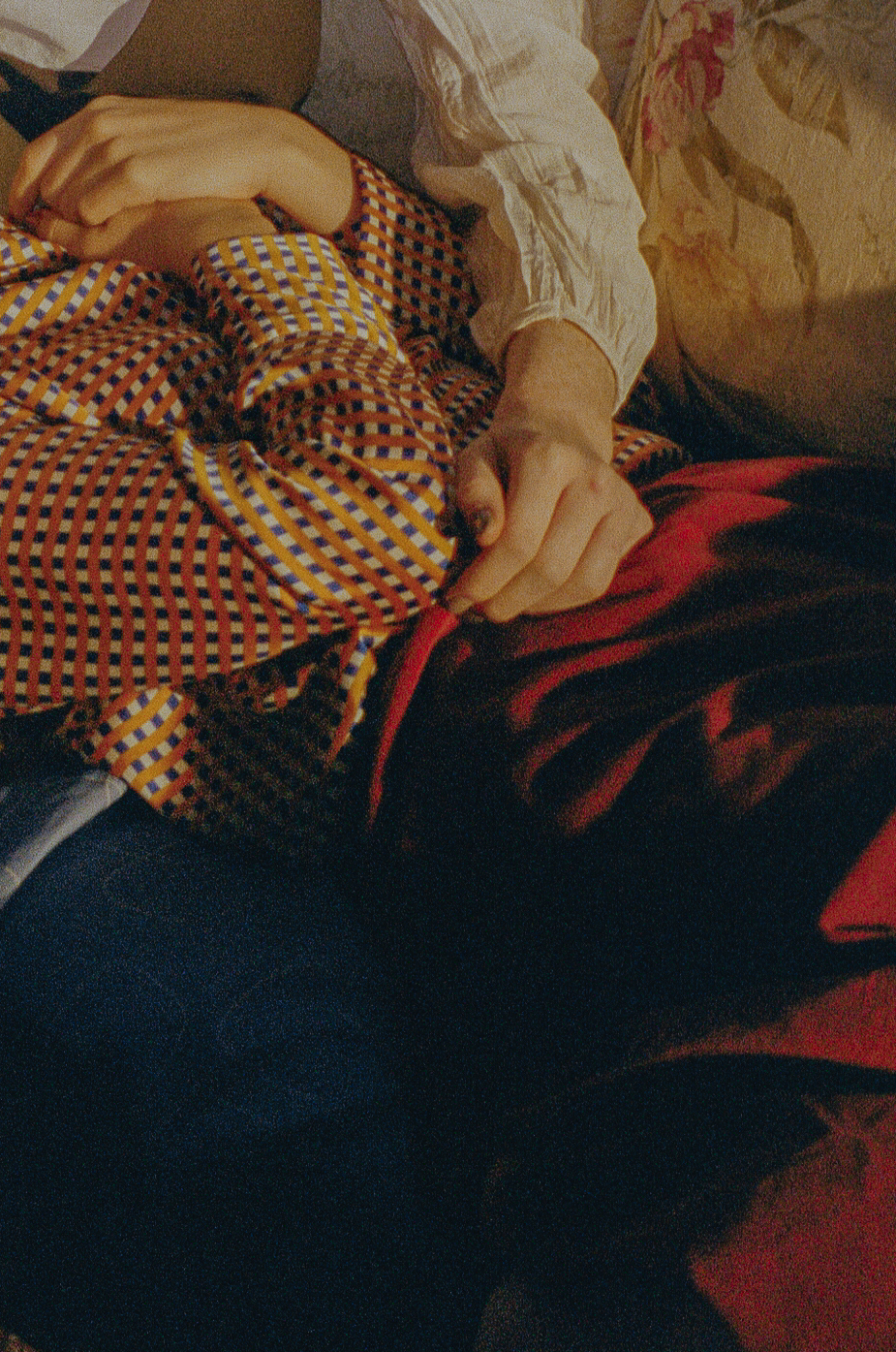 The production process honestly felt like it was inspired by the film itself. It felt as if all the elements in my life were lined up. I had just found my DOP in Julian (who is now one of my best friends). When we met up for coffee we talked about film, how he used to be in baseball (and I in advertising), and how we got to where we are now. We also talked about the adversity of learning a whole new craft.

At the time, we were both in this state of mind of wanting to just express ourselves through art. He talked a lot about having access to cameras, crew, and genuinely wanting to make something. I meet a lot of people who talk about having access to things, but my intuition told me to put Julian’s word to the test. For us, this was an art project, not something commercial with intent to sell anything, but a genuine expression of our feelings at that moment in time. The last thing we wanted was to be all talk and no action so we gave ourselves an extremely tight deadline of two weeks.

Being an art project, it was going to be self-funded, so we had little to no money for this piece. In projects with tight deadlines you really have to work backwards, look at what you have, and see what you can make from it. During our first conversation, Julian had talked about his godmother’s mother’s (Irene) home in the suburbs just outside the city.

When we got there Irene came out to greet us with her dog and showed us around the house. She shared about her past, showed us paintings of her family (which you’ll see in the film), and other mementos. The house was a time capsule of a rich life full of memories and warmth. “Suburban Tea” was made with love for Irene’s gentleness and her past.

“For us, this was an art project—not a commercial or with intent to sell—just a genuine expression of our feelings in that moment in time.”

With a concept to work around what we needed next was a team. I found Mary, an art director, stylist, and photographer, and together we fleshed out the visual language of the world in the film by taking inspiration from the location. With the film, we really wanted to blur the lines between present and past to create a still moment in time.

We established a style of clothing and color palette that was old-timey. We wanted to pair this style with youthful actors who would be depicting characters that felt like close friends and roommates. We made a list of friends and family who would be interested and I remembered Laura, a classmate from university. Mary thought of Rowan and Justine. We contacted them separately and they all loved the idea. When we met with Laura for a fitting she said, “Hey, I saw Rowan and Justine on your list. Did you want them to be part of the project too? ‘Cause they live here.”

Coincidentally, the people we had wanted to be our actors were roommates in real life.

For crew and equipment, Julian pulled in a ton of favors and we got our camera gear, lights, and crew to work within our budget. We hashed out some of the scenes by talking more about the feeling of the piece versus going through them shot by shot. We tackled each room with a set of actions and a small action to motivate the story, but overall, we were very run-and-gun in our shooting style.

Once we shot the piece we brought it into post-production, which is when we found Oliver, our editor. We also found Corey, who is a music producer producing for Cirque du Soleil, OVO, and a lot of artists in Toronto. When the edit was locked in, we headed over to Clinton, our colourist from Alter-Ego. At the coloring session while fine-tuning the color palette and lighting is where we really brought out the dreaminess of the piece.

Could you talk about some of the technical aspects?

I was heavily inspired by my interactions with Irene, so I wanted to bring the nostalgia and warmth I felt from her to the film. The process was tricky because we had just under $500 for our budget, but we pulled a few strings and asked for a few favours (big thanks to our team and production house Trepalm for production support). Our approach was very genuine in obtaining all of these things—we just wanted to make art.

Overall, we wanted to blur the lines between present and past so we combined a high-end digital cinema camera, the RED Scarlet Weapon, with vintage film Leica R lenses. We shot the photos on a medium format film camera. We wanted to show a surreal moment in time where things feel slower and people can appreciate all the little nuances of that moment. 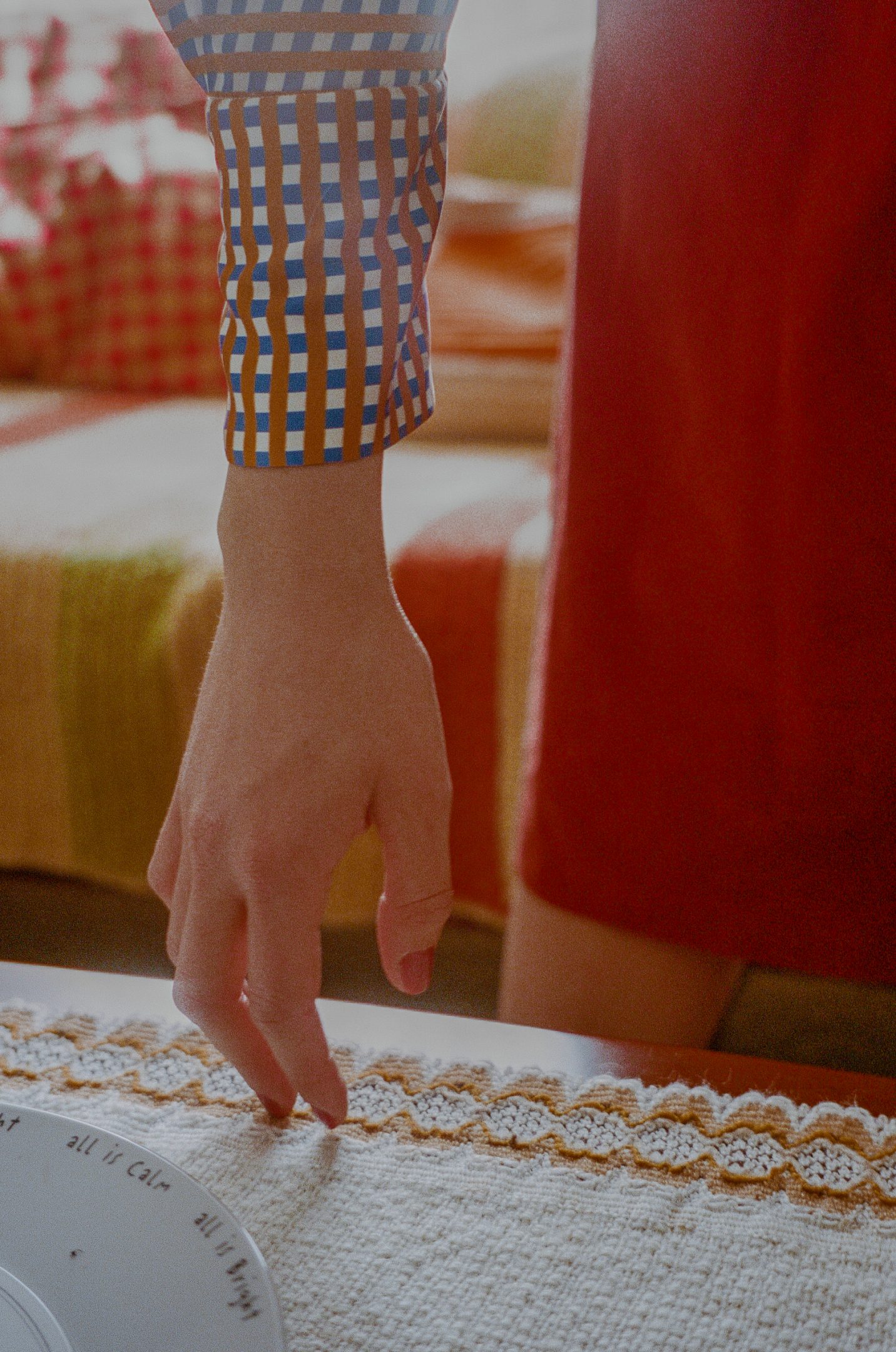 Do you have any similar projects planned for the future?

I do. I’m currently working on a few music videos and fashion projects. I’m also working on a film funded by Canada right now that is a dream to work on. It’s the perfect combination of having narrative, heavy art direction, and the technicalities of film.

I run my own production company and am always hopping onto new projects as they come along. Currently I want to work on a performance series for musicians with a focus on set design and art direction. 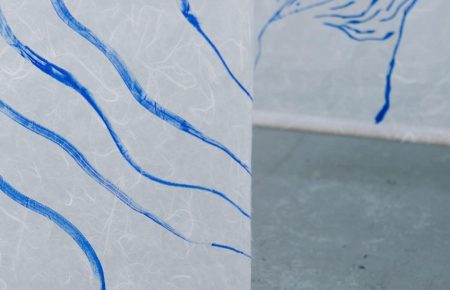 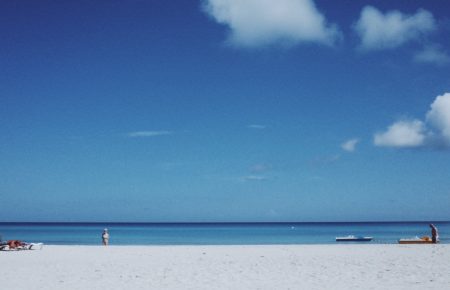 A audio-visual journey through Havana and beyond.
ALL Community Spotlight →