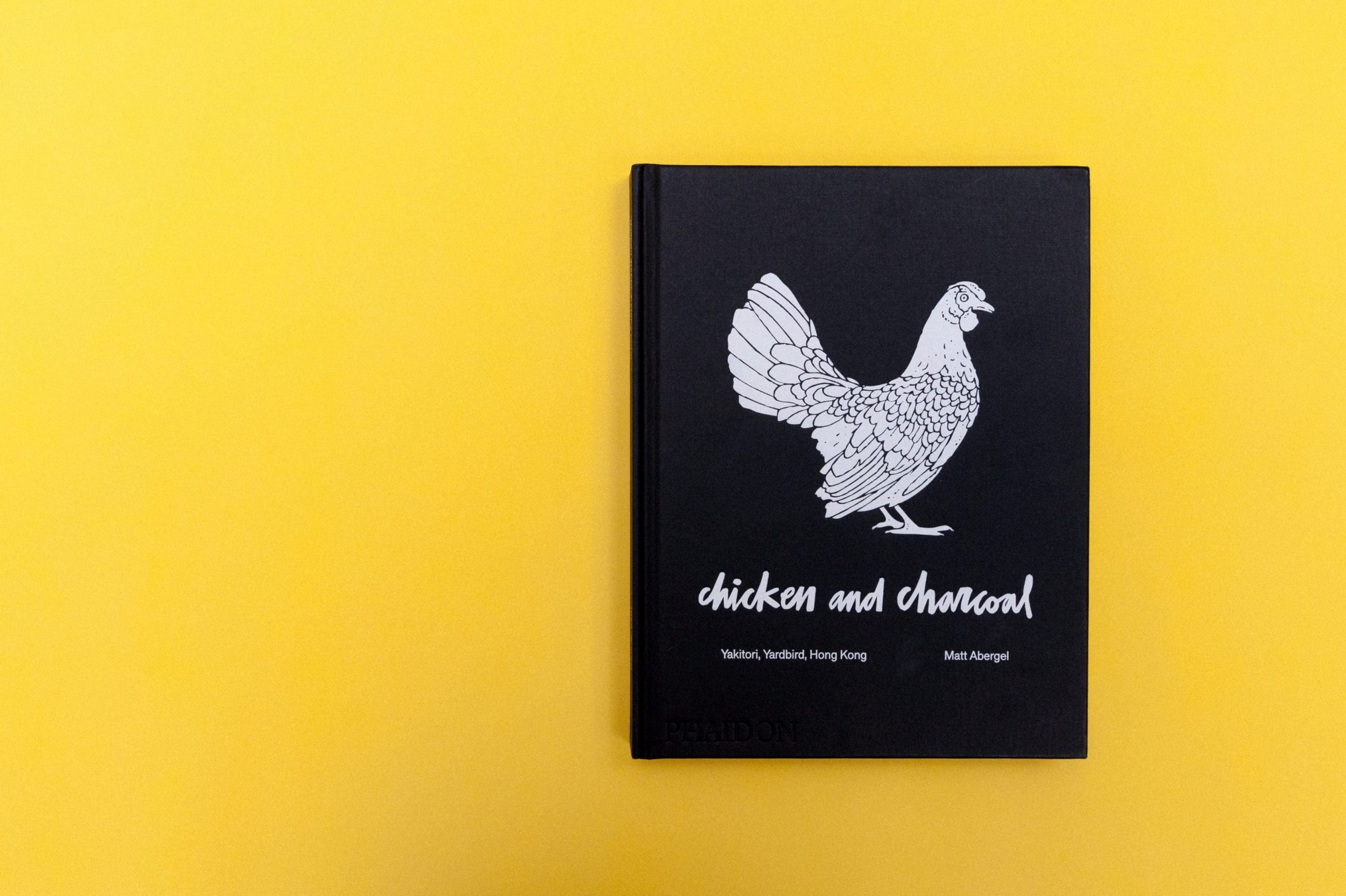 As we seek the connection of food and the social capital of finding hidden gems or presenting ourselves as consumers of elevated taste, today’s culture has glamorized the life of a chef and the restaurant business to no end.

But the reality is that it’s a challenging job with long hours that demands attention to detail to ensure everything is as perfect as it can be.

Yet despite all the work that the team puts in at Yardbird in Hong Kong (six days a week, no less), within 24 hours, it’s all gone. Afterall, food, for however beautifully it can be made, presented and Instagrammed, carries an extremely short lifespan. Still, the dynamic and ever-evolving restaurant is one that encourages change and constant improvement. There are few ways to preserve these experiences and communicate them to an audience outside the confines of a restaurant, or in the case of Yardbird, the four walls of their bustling Wing Lock Street location in Hong Kong’s Sheung Wan district.

What can create some modicum of longevity, however, is a book.

The last decade has introduced a force that’s challenged and threatened the status of print (we all know what it is, and there’s a high chance you’re using it now to read this piece). But it still lacks the ability to fully encapsulate the restaurant and food experience. Especially not the Yardbird experience.

A book is something special, something that makes it the polar opposite of the restaurant’s magnetic atmosphere. Where Yardbird is constantly in motion and change, a book is static and enduring as soon as it hits print. It’s a near-permanent fixture that exists beyond that customary Yardbird hangover and most certainly has the ability to outlive all of us.

We caught up with close friend and collaborator Matt Abergel, one half of the founding team behind Yardbird, Ronin, and Sunday’s Grocery (who we co-produce Grilling Me Softly with). All have claimed their place in the Asian and global food scene, but their new book, Chicken & Charcoal is special. While the Yardbird experience is unlike any other, the book, the layout, the content, and the images seek to capture that very energy that has endeared itself in the lives of so many.

Was it always your intention to publish a book?

Yeah, I definitely wanted to do a book. I don’t know if necessarily it’s something that all chefs seek. I love print and making things and I think a book is one of those things that involves the type of creativity that I enjoy. It focuses on collaboration, documentation, and instruction.

What did you think would be like to do a book. And what was like the actual reality of it after it was all said and done?

I think like most things in my life, I have this romantic outlook when I start something and then when it gets down to the reality of it, I learn a lot about the process but also there’s part of me that blocks certain things out of my head. You know it’s like opening a restaurant, “I’m like it’s so fun, I love it,” and then you realize it’s not so fun and there’s so much work, with so many people involved. It’s a lot of sacrifice. There’s anger, there’s happiness, everything is there. When it came to the actual book, I guess I just misinterpreted how much time it would take. We were in the final stages of moving into the new restaurant, so it was a pretty intense moment where I’m trying to open a restaurant and write a book at the same time. 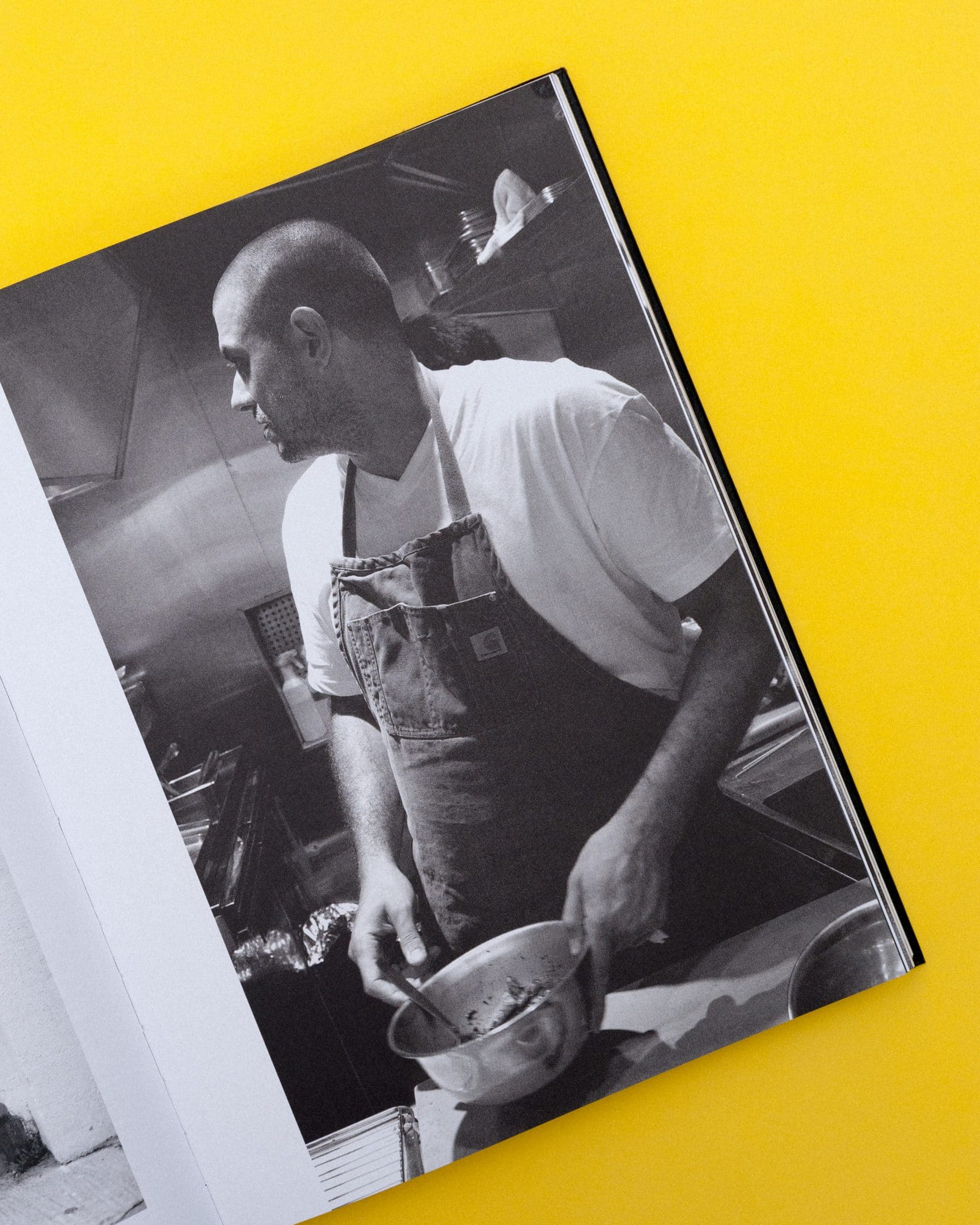 How do you compare a book released through Phaidon versus another publisher?

I designed the book with Mike Carter and we purposely tried to make it look different. I think there’s been a long-established style (for Phaidon), but I think they’re also trying to get away from that and have things a little more accessible. A lot of their books provide good documentation, but they aren’t really cookbooks. Most of the books feature things that people don’t have access to or the techniques are far too advanced.

Who do you think is the target audience?

Honestly, I think it’s for a lot of people. There’s a lot in there for a professional chef and for a home cook. There’s a lot for people that are into design and it spans a lot of different realms. Bringing all these different people like Evan (Hecox), Alex (Maeland), Jason (Lang), Fung (Yardbird designer and photographer), we did a good job of kind of crossing over a lot of different realms. And while we have so many different photographers, it provides an honest overview of what we do. It’s still light-hearted, but it’s detail focused.

What do you think makes a good food or cooking book?

I think it really depends on who it’s for. If you go to a store, you see the widest range. If success is based on being a best seller, then you’d be surprised how popular a book like “112 cookies” would be. So, it’s really up to who’s buying the book. Success could be based on knowledge or being just a bestseller. Phaidon put out a book with photographer and artist Olafur Eliasson and it features just the food he eats in his studio. His approach is very interesting, and you can see how food, art, and culture are getting all twisted up. There’s definitely a lot of cooking elements in our book but I don’t think that it’s strictly a cookbook. 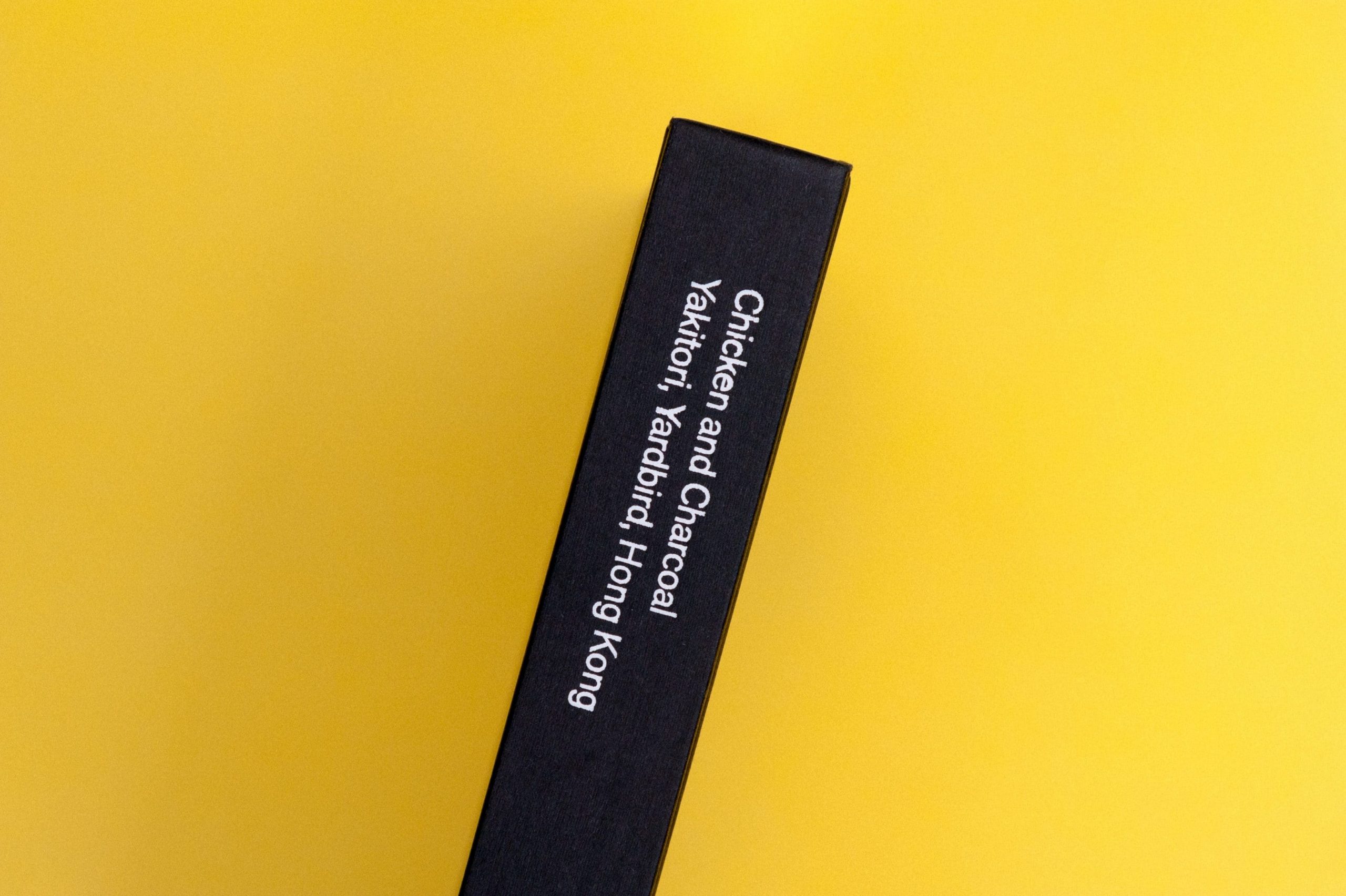 When you went through the process of creating Chicken & Charcoal, you said that you wanted to do it a little bit differently.

There was a vision, for sure. A big part of it was the tangible element of working with a lot of people. I was really lucky to have most of the people that worked on the book super close to me whether it be geographically or just as friends. I think I’m good at collaborating and bringing people together to express how I want something to look. The major difficulties and challenges were just dealing with the people that I didn’t know and the processes I wasn’t familiar with… Oh, and using computers and adhering to deadlines. I was never very good at things like that.

For a cookbook, you have to be a little bit more methodical and process driven. Did you learn anything during this process?

Before I started, I wish I was more meticulous because the way we cook isn’t like that. It’s very fluid. We change things all the time and I have a solid team of people monitoring things so it’s consistent. A big part of that is touch, feel, and judgment. When you put things down on paper for a book, you need to simplify it because you’re not talking to somebody who already knows the ins and outs. So, I guess we need to be more clear than meticulous, and we probably left out a lot of details. If you try and go too deep, you lose the point. It’s important that the messaging is clear.

Describe the art direction. I know early on, you referenced Japanese cookbooks alongside process-driven photo sequences akin to skateboard mags.

Everything we do is very experience driven, and it’s the way I look at the world whether through books or printed matter. A lot of Japanese cookbooks are published like magazines. It’s not a compendium, but rather it could be 50 pages on one topic of food. Magazines have always been a big part of my life and I wanted to create something where you could just pick up and start anywhere. You could put it back on the shelf and come back in a year but always discover more details that weren’t immediately evident.

What’s it like doing a book and running a restaurant?

They’re very different. Your end goal in a book is for it to be something permanent and unchanged. Once the book is done, the book is done you can’t change anything. A restaurant is a completely fluid environment. It’s a living breathing thing and it’s always breaking, being fixed and, changing. It’s having and creating experiences. I don’t really think there’s a similarity.

What was your thought process between what made the cut and what didn’t make the cut especially with over five years of memories to choose from?

There’s a lot of stuff we cut, something like 40 pages. Starting off with the pagination was crazy and a challenge. Before you start writing the book you have to basically submit the amount of pages that you’re going to work within it. You have to stick to that like it’s part of your contract. So that was pretty intense having never have done a book before but being given this finite detail. For the stuff we included, it was things that we felt connected to the most and felt worked the best in the book. You can mull over a book forever and you’ll never finish. It comes down to quick decisions and being ready to make certain difficult decisions.

I think the most interesting thing about a book it goes towards the permanence of it. This is the only thing I’m ever going to do that can continue to grow or influence long after I’m dead. In my mind the success of this is that it becomes a staple for cooks. There are certain books out there you know that if you’re interested in certain type of cuisine, that’s “the” book you have to read. I just hope that it’s used over and over again that it continues to be printed in the future.

How’s it been touring to celebrate the book and presenting a bit of the Yardbird experience at different restaurants across the world given it’s such a physical experience?

Yeah, I mean it’s not “the” experience, that’s for sure. That’s another thing in the food world now is these pop-up restaurants have become such a common thing. It’s fun because you get to learn a lot from other people. But you’re always in this battle-ready mode because you never know what’s going happen. And every single time something happens such as you can’t find this item or that thing breaks.

Your ability to fix problems is much more limited than if you’re in your own restaurant. It comes down to this level of compromise that usually was never a part of my life. I don’t compromise in the restaurant very much, but when you’re on the road, you have to compromise. You have to make sure that people are comfortable, and you have to honor the fact that you know they’re sacrificing their business for you. And it creates that mutual respect where you’re not the boss, so it creates community. It’s also a huge privilege. Twenty years ago chefs didn’t do this, and it was reserved for musicians. It was never an opportunity for a chef.