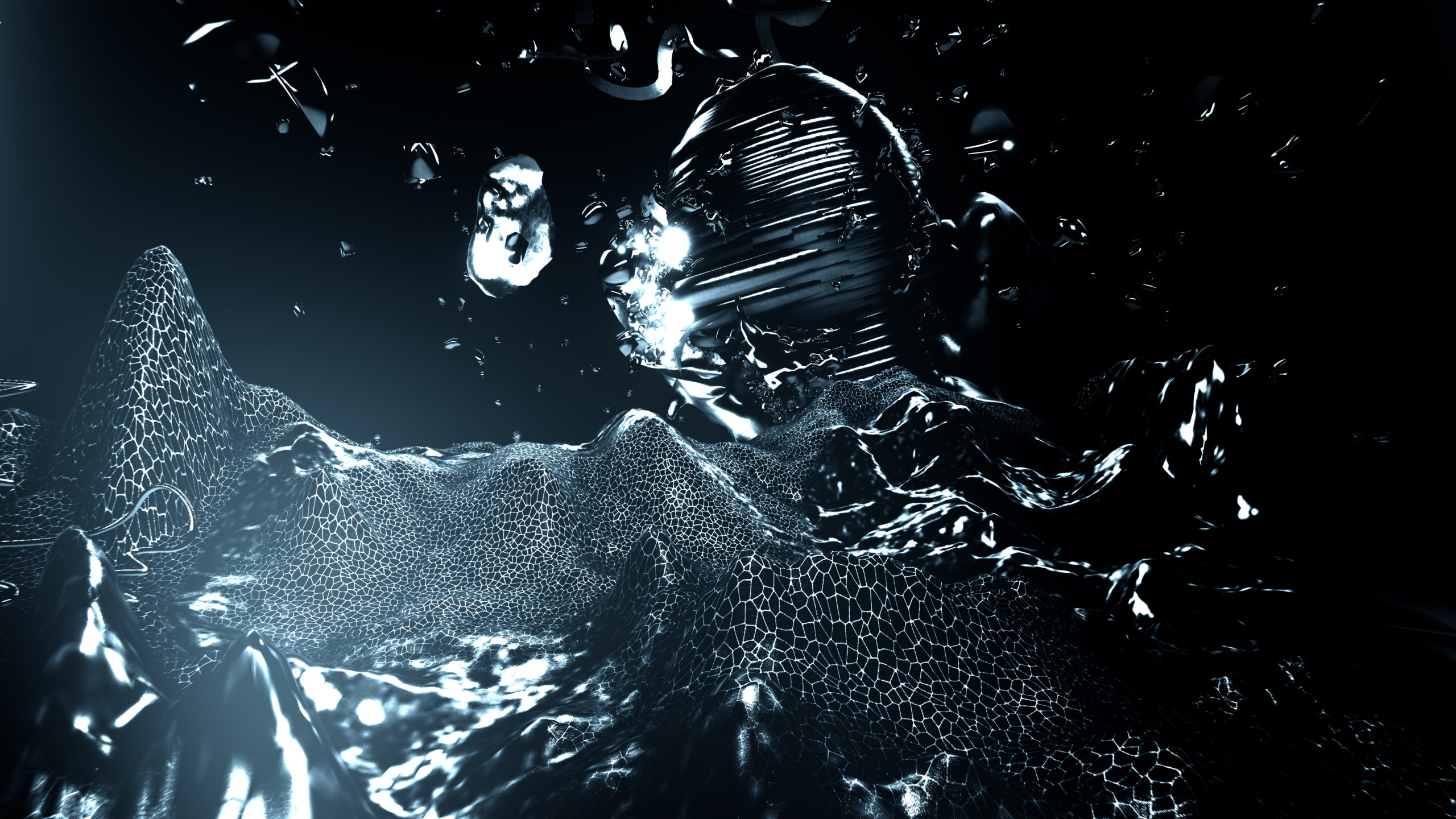 Electronic beatmaker Flying Lotus once said that he only understood the solemn music of British producer Burial after he visited Britain on a rainy day. This begs the question: how much of your work is reflected by the place you create? Experimental music is not the first that comes to mind when Hong Kong is mentioned. Instead, skyscrapers, Canton cinema, and discussions of the city’s political and social position (as a former British colony before returning to Chinese sovereignty in 1997).

Some embrace these themes in their work while others would rather look beyond. Hong Kong record label Absurd Trax shy away from pinpointing specific genres of inspiration and asks their listener to decide. Their forward-thinking releases can be cold but nostalgic, and are thoughtful with underlying messages of identity and freedom that question tradition.

“Having grown up in the city, I’ve always wondered what it means to be from Hong Kong,” says classically-trained violinist and producer Alexmalism who plays the violin with improvisation over his own productions. “I reject the post-colonial notion of hybridity, and notion of sonic representation in association to any cultures. I see music as a tool for me to speak freely.”

I reject the post-colonial notion of hybridity, and notion of sonic representation in association to any cultures. I see music as a tool for me to speak freely.

Like labelmates Kelvin T, ava*, Thegn, Nerve and ASJ, Alexmalism believes his music is a reflection of his musical world and experiences, and that the dance floor is the most honest auditorium for spectators. “It’s way more fun to play music for the dance floor where people react to your sound instantly. They can immerse themselves or even leave if they don’t like it, instead of making music for the people who sits in the concert hall where they are forced to listen and judge.”

Taking their ethos on the road, Absurd Trax recently performed at 2020 Berlin’s art and music festival CTM. Their set took place at iconic dance club Berghain with visuals by design studio Selam X. AI, VR, AR, CGI and 3D are hallmarks of Selam X, a large global collective with members that range from late Gen X to early Gen Z. They are a mix of tech-savvy natives that cite video games and listening to gabber as their hobbies, and their open-door studio policy means that their Kreutzberg family is growing. We caught up with Absurd Trax founder Gavin Wong and 3D artist Lucas Gutierrez of Selam X to learn more about what they cooked up.

For those who don’t know, how would you describe the music released on Absurd Trax?

Gavin: “Absurd” – seriously, I think we try to stay away from being specific, with each release we want to accomplish something on its own without a necessity to recreate from a specific genre of music or sound. I want ourselves and our audience to be surprised by each release.

What is Selam X?

Lucas: The infinite power of visualization. Selam X is more of a gaming clan and a soccer team. We believe in collaboration and synergies. Our creative habitat is in music, art, fashion, lifestyle and real-time performance. Growth mindset is crucial to us, Gen X — Gen Z. Our work ranges from creative direction and visual identity to animation, web design & development and digital art.

Absurd Trax started as a blog then it became a label. Why did you feel the need to start a record label?

Gavin: To be honest, it was a very organic process. We have been running parties and events as a crew. When Kelvin sent me his demos, it felt very natural to release his music. This further established the existing event series into something more enabling as a platform.

Techno, Canto pop, rap are all genres founds in AT’s releases. How important is musical diversity in the label’s A&R process?

Gavin: I generally feel very uncomfortable when it comes to segregating every music elements in a microscopic manner. Genres are useful coinage as short cuts for communications, they are more interconnected than inviolable.

If anything, I want to stay away from pigeonholing myself, I think one of the ways to progress is to reinvent oneself and that means constantly deconstructing and building almost at the same time.

Monetary value turns people into beasts, consuming products for ‘escapism’ but in reality, music is genuine representation of specific time and being that’s often overlooked.

What are your thoughts on artists that spend their career perfecting one specific sound?

Gavin: Not that I don’t respect people who have a dedication to be finessing specific things, in the craftsmanship sense it’s probably the greatest achievement. But I think as a label which is a receiver as well as an exhibitor of a listening culture, it’s important that such cultural movement is always moving, so it becomes a living entity.

We never want to cultivate a specific aesthetic or sound. I never really look out for releases, all the releases are demos received from people in the community who approached us. The quality is based on the sound’s ‘absurdity.’ Does it shift sounds forward? It’s a very qualitative experience.

As for Selam X, you guys take pride in offering different creative services. Why is it important to be multifaceted?

Lucas: The studio consists of members with different brains, who have different colors. Together we are a rainbow. We shine all together.

How important is your cities, Berlin and Hong Kong to both your projects respectively?

Lucas: Berlin is the physical roots for everything we create! We are a very international crew with members everywhere in the world.
Our studios are places of trust & dreams and we have an open-door policy so please come visit.

Gavin: Hong Kong plays a role in shaping our musical style, but it’s a natural process just like how we need food and air to operate. I think Nobuyoshi Araki said something like “all art is lying” because inevitable you’re selecting to present partially an entirety. So “sincerity” is kind of what we want to avoid “lying”, we try to allow oneself to be a recollection of fragments of reality versus trying to actively choose a specific element of the city to be inspired by. I would be interested to hear what the listeners think.

Underground music culture might not be the first thing that comes to mind when Hong Kong is mentioned. What are the advantages and challenges of being based in Hong Kong?

Gavin: of the advantages is that we have very good infrastructure to connect and communicate with all parts of the world. It’s useful in cultural exchange. Downside is that the cost of everything Is too high. People have no free time and mobility, and the cost of running something independent is very daunting.

This is a global struggle and to find a solution we have to think broader than just the context of Hong Kong as a place, but rather look at the intersections of borders and politics. We need to radicalize how things are perceived beyond face value and explore the networks and power relationships of those in society.

The studio consists of members with different brains, who have different colors. Together we are a rainbow. We shine all together.

It could be argued that those who succeed in Hong Kong’s creative scene often play to consumer culture.

Gavin: Being the “freest economy” in the world entails that there’s an approval of neo-liberal consumerist culture in every layer of our society, to the point that I think we lost our strive to produce something valuable, because there’s seemingly no escape from everything being rendered into a relational meaning as ‘consumer.’

Everything is encapsulated by a price tag. Monetary value turns people into beasts, consuming products for ‘escapism’ but in reality, music is genuine representation of specific time and being that’s often overlooked.

Absurd Trax is connected with other crews in Berlin, Tokyo and Shanghai, yet its releases are very much a reflection of Hong Kong’s underground scene. How do you maintain this “globally-local” curation?

Gavin: I think there’s a common interest among creative people around the globe facing the same struggle, we try to have minimal prejudice and judgements, and always learn and help one.

As a crew influenced by dance culture, what does Berghain mean to you?

Lucas: In Berlin, we do clubbing with our laptops in our backpacks. Berghain is a good place for us to dance and play.

Gavin: It’s a very well respected venue in the dance culture for many good reasons. We are very grateful to play there. We feel included by a broader community and try to give the best we can.

Lucas: We’ll perform in real time, most of the content is being generated live using a game engine. Audio reactive visuals elements will follow every show and we’ll manipulate a lot of textures that will dress the whole stage & dance floor.

Gavin: For us, it’ll showcase the label’s sound. Different members will present unique live set, some performance are unforeseen such as ava* first ever performance outside of her recording works, and Thegn will joined by Dis Fig live for this show only. I’m responsible for opening the night with an ambient set to warm-up the mood.

For your Berlin showcase at CTM Festival, Absurd Trax has connected with Selam X, how did this collaboration come?

Gavin: It’s actually put together by CTM, but we’re glad that it happens because we never had a very core visualisation for the label (we invited multiple graphic artists for visuals but we always rotate). I think this will hopefully open up a new avenue for us in the future.

Lucas: We know the curators & designers which do the CTM Festival and we meet frequently, so it was kind of natural that we developed the concept together. Super happy about the chance to connect with Asian artists. Worldwide connections are the cherry on the cake for us.

How would you describe this collaborative performance?

For more on Absurd Trax, check them out on Bandcamp or have a listen below. To see more of Selam X’s work, check out their website and Instagram.