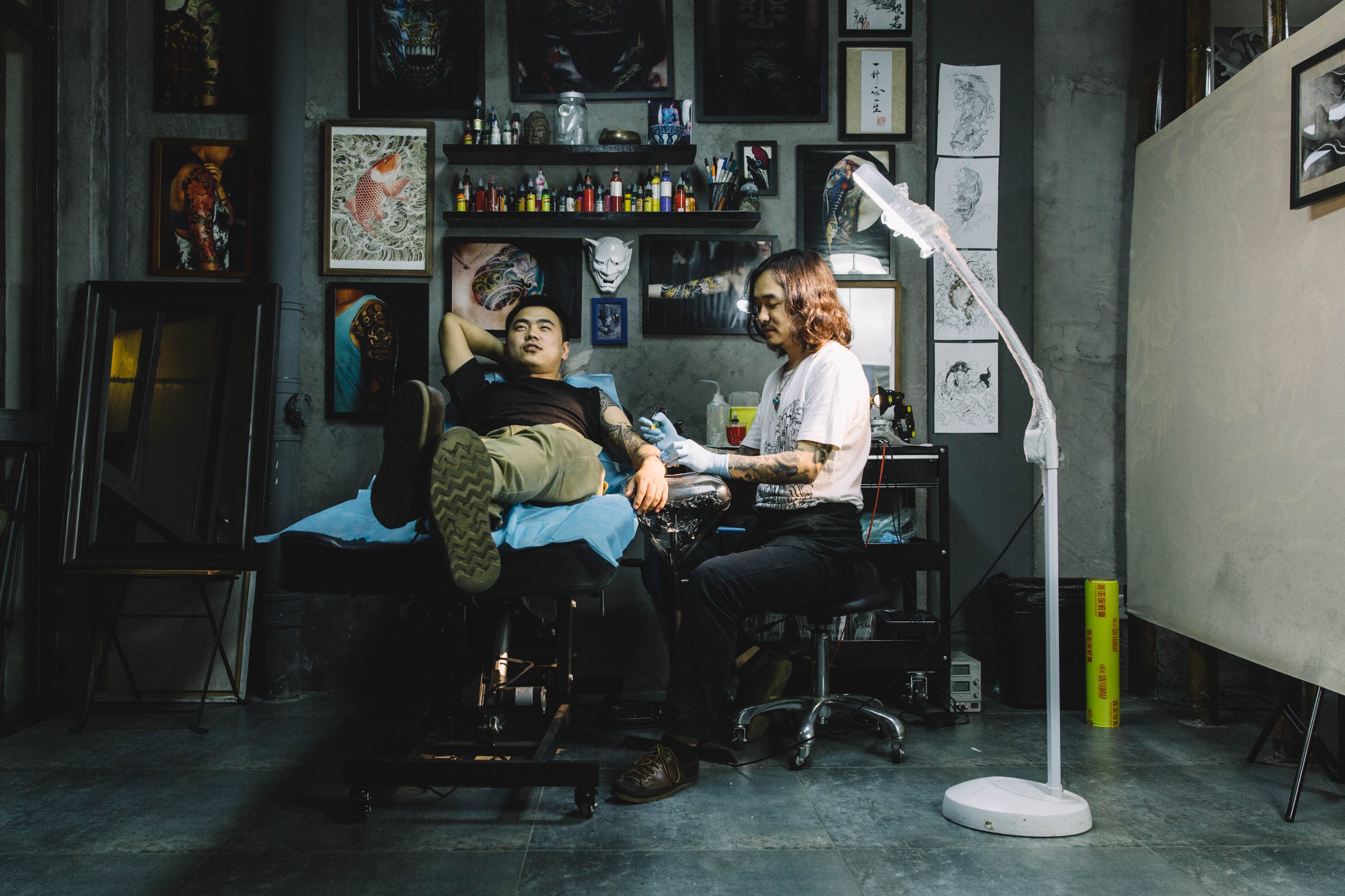 This story is presented in partnership with Neocha, a fellow creative publication based in Asia and established in 2006. It explores the Chinese tattoo tradition through the work of tattoo artist Liu Wenlong, which combines both traditional culture and folklore with modern design.

Liu Wenlong is a tattoo artist who splits his time between the cities of Hangzhou (Zhejiang Province) and Hohhot (Inner Mongolia). As one of China’s most famous tattoo artists, he founded Wencui Ciqing Tattoo Studio.

In Liu Wenlong’s name, the Chinese character wen is the first part of the Chinese word for “tattoo,” while the character long means dragon. Over the years, Liu has developed a unique tattooing style that fuses his deep appreciation of traditional Chinese culture with modern tattoo design.

Back in 2005, there were many small tattoo shops in China that specialized in the passing fad of the day: tattooing women’s eyebrows. This fad was a catalyst for Liu’s interest in tattooing, so much so that one day he decided to try out tattooing on himself. He gave himself a simple tattoo and showed it off to one of the local tattoo shop owners. The shop owner was so impressed that he offered Liu an apprenticeship. After a few years, Liu honed his skills and began to focus on traditional Chinese tattoo culture. This marked the beginning of what has now been a ten year creative exploration into the art of tattooing.

China’s tattoo tradition is longstanding, with its primary roots in warding off evil spirits and misfortune. For example, when hunters went off into the wild in search of game, certain tattoo images were said to protect them. In other cases, tattoos were symbols used to denote rank or social status within respective Chinese social circles. All throughout Chinese history, tattoos have also been associated with religion, personality cults, and organized crime. But in contemporary China, like elsewhere in the world, tattoos are mostly just about personal self-expression. “People who are into tattoos are those who love themselves, who believe in themselves, and who thirst for freedom. They are fiercely independent and wildly free-spirited. They don’t care what others think. They only answer to themselves,” says Liu of his patrons.

The way Liu sees it, “Tattooing isn’t just about turning one’s skin into a canvas, or using a tattoo gun like a paintbrush. There’s much more to it.” Besides a tattoo’s uniqueness and staying power, Liu carefully considers all aspects of the tattoo design. Before he starts sketching a particular tattoo, he needs to know what his customers want to express, their particular skin tone, their muscle form, their attitude, and their outlook. His sketches are followed by scaled mock-ups, color matching, and detailed renderings. This process can take up to a year to complete, and only then does the actual tattooing begin.

The relationship between Liu’s customers’ muscle forms and his designs is of utmost importance to his creative process. His designs are customized to best suit the shapes and movements of each of his clients’ bodies. In addition to ths, Liu also incorporates Chinese philosophical traditions of the five elements into his tattoo composition. He identifies the three sections of the body as water, land, and air in order to correspond to heaven, earth, and man. “If you look at the composition of my designs on a person’s body, you will notice that the legs and feet typically feature powerful water elements. The mid-sections have a lot of stones or earth elements. The upper body will feature clouds or mist, or things related to the air. ” For Liu, this compositional arrangement gives people power, stability, and strength.

The images might seem abstract and fantastical, but its only through this approach that we are able to communicate the full scope and depth of our thoughts. 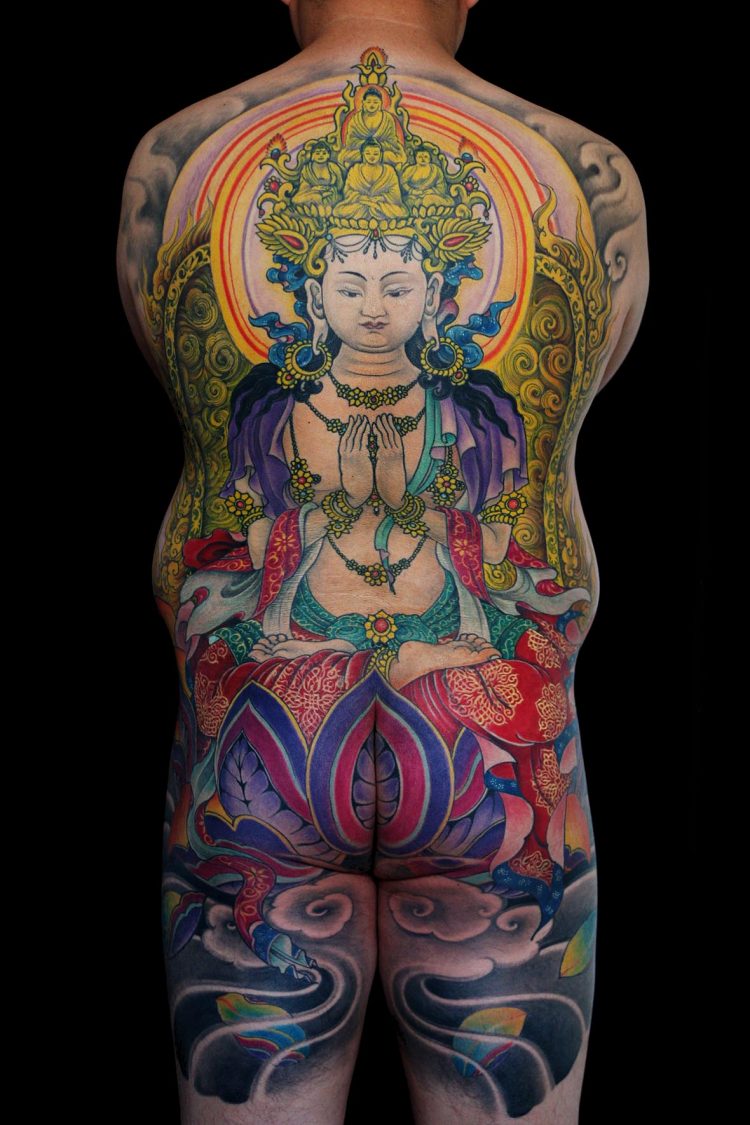 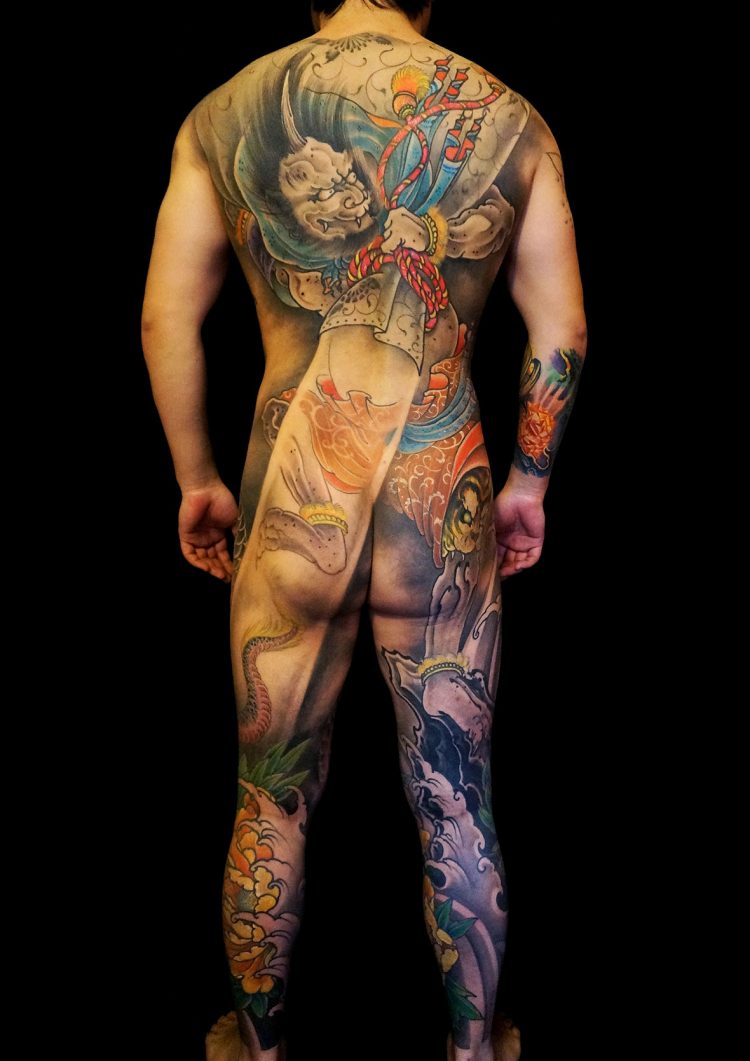 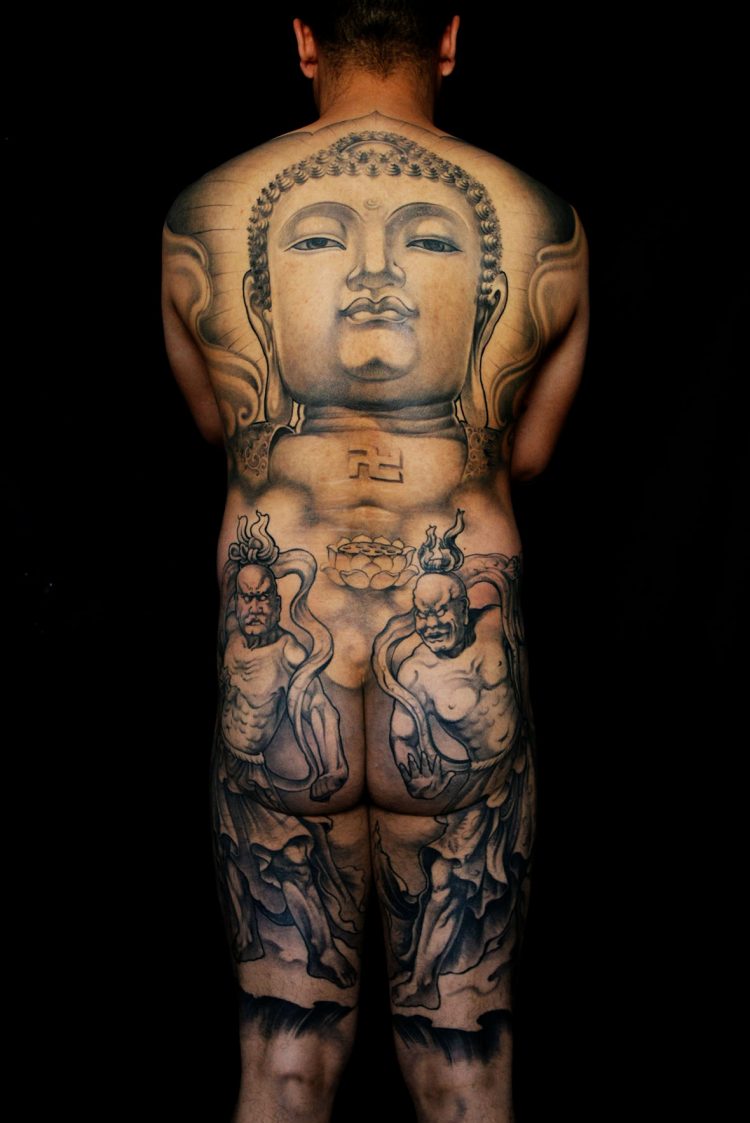 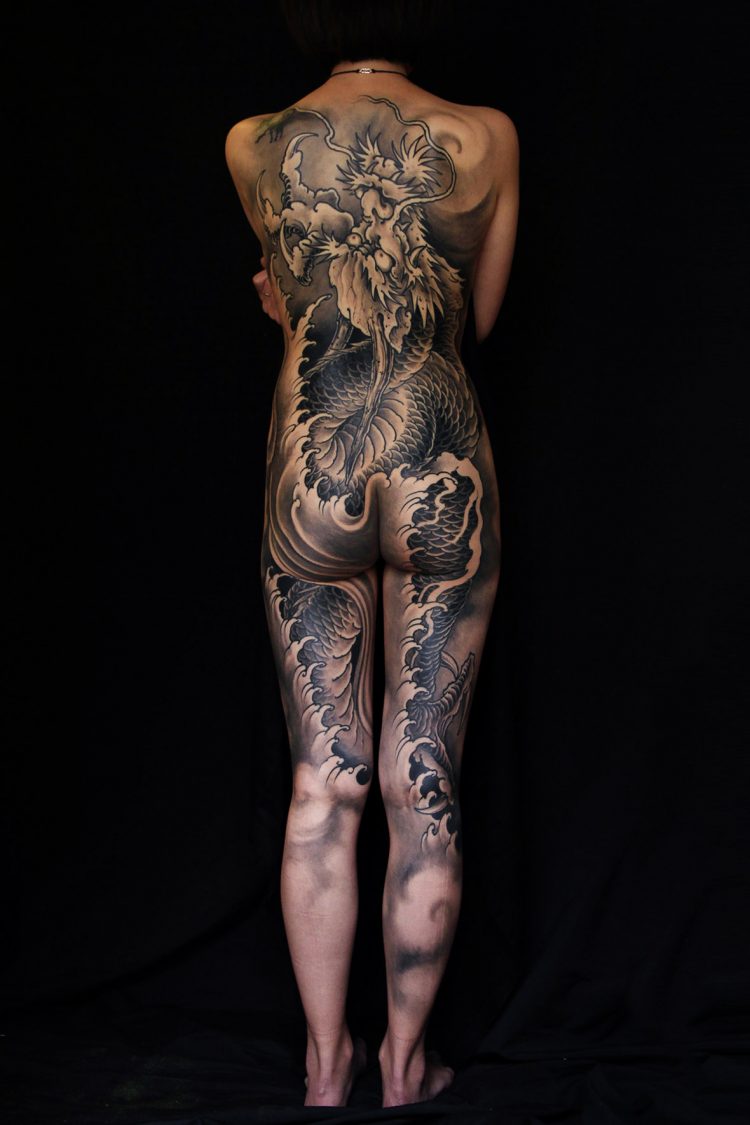 Comparing Chinese style to Japanese style tattoos, which also heavily utilize traditional Chinese cultural elements, Liu says, “From design form and visual appeal to significance and meaning, I still prefer the aesthetic of Chinese style tattooing. The Chinese tradition is mostly about powerful, breakthrough imagery that represents meaning and significance through poetic harmony and abstraction. Chinese tattoo artists focus on the storytelling behind the imagery and the hidden gems of inherit meaning. The images might seem abstract and fantastical, but its only through this approach that we are able to communicate the full scope and depth of our thoughts.” Liu plans to continue exhibiting his work at international tattoo conventions with the goal of showcasing the uniqueness and beauty of Chinese tattoo culture to the world.