Does Slack Allow Us to Focus? —

The workflow for a creative has changed drastically over the past few decades. The digital age ushered in a reformation of how we communicate. But alongside that came distraction in our lives due to the open and frictionless lines of communication. The rapid fire pings can force us into a state of cognitive disorientation that pushes us to jump between chat and browser windows. They’re all a cry for attention with varying degrees of (un)importance.

When the work-messaging app Slack first released, it was a suggested that it was a step in the right direction to rightfully kill email. While email is still as strong as ever (newsletters!), Slack’s title as the all-out winner in messaging is no longer as clear cut. For the very reasons it was applauded at the beginning such as transparency, ease of communication, and fun factor, it has led to the question, “are we creating the best work possible?”

Just as much as we love the idea of efficiency through digital means, sometimes one needs to question if whether something touted as being an improvement is enough? We took a step back to take stock of the situation and what Slack’s involvement in workplace communication meant.

We connected with Sam Smith and Tom Kirkby of Breaks Agency in London, Debbie Poon of Constant in Hong Kong, and our own Alex Maeland and Elphick Wo on their insights into Slack and what value does it provide. It goes to show that some underlying cultural norms may influence the popularity of Slack.

“You can sort of feel that excitement more when it comes through Slack than in an email chain…It feels like it feeds the creative output more than email does. Email slows down the process and makes it quite mechanical and slow and lethargic.”

“I think it’s quite different in the US. People draw clear lines. ‘Don’t message me about work on my iMessage and don’t ask me to download anything other than my native phone messaging app.’” 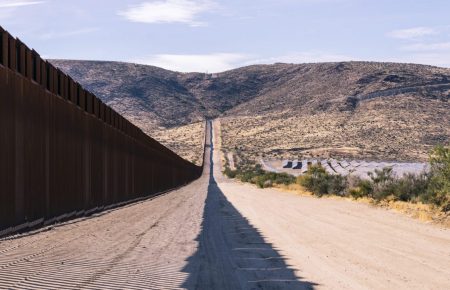 Lost in the Desert Crossing the U.S-Mexico Border

Taliesin Gilkes-Bower follows a team of volunteers patrolling along the border.
ALL Sessions →