Samuel Ross was never just about being a skilled artist in just one medium. His passion for realizing good, considered ideas through graphics, film, design and fashion have followed him through his tumultuous youth all the way to a celebrated career in the creative world. Most importantly, his tenacity has allowed the underlying voice behind his talent to transcend mediums and comment on the class system.

For creatives, adopting an alias can be a purely artistic decision, a means of creating mystique by pairing a persona with a portfolio. But in his formative years, Samuel Ross’ many aliases were a necessary means of gaining traction in the industry, largely by hiding his identity.

“The idea of having four aliases came from realizing quite early on that there wasn’t any space for creative black men,” he recalls. “So creating this alias allowed me to produce this work without it being instantly discredited from external viewers.”

By choosing an ethnically-neutral name and omitting photos of himself where possible, he used this approach as an advantage in his first commercial projects. “It did help me get jobs without my work being looked at as ‘Black Art.’”

But beyond serving as necessary shields against stereotypes, these aliases allude to a creative passion that could not be confined to a single medium, much less a single pseudonym. It was this passion, combined with a willingness to sacrifice, that pushed him beyond the limits of circumstance.

When discussion of Samuel Ross and his brand A-COLD-WALL* comes up, anecdotes of his origins bootlegging adidas and Nike clothing in his teens are inescapably referenced, but they fail to capture the breadth of his design acumen which is influenced by his upbringing.

In our talk with Ross, he gives an honest recount of his beginnings growing up in London’s council estates. He describes them as “not as harsh [as projects in the US], but it’s the same type of environment, so not much money. There’s usually a lack of education around peers but a lot of aspiration from quite a young age.”

He describes his own lack of access to fashion at the time. Granted, a deeply-rooted football heritage assured the status of sports brands like Nike and adidas, but their items remained inaccessible to working class families and their culturally-attuned children. “My experience was going into a bag store and breaking down in tears because we couldn’t afford the £21 GBP Nike bag or couldn’t afford the £17 GBP adidas bag,” he remembers.

Moments like these seem like disproportionate reactions to material things as they certainly did to his parents. But the desire alludes to an unperceived or underestimated relationship with brands, one that connects aspirations and ideals with tangible experiences. To go even deeper — as Ross would come to demonstrate — it serves as a subtle agent of social change. 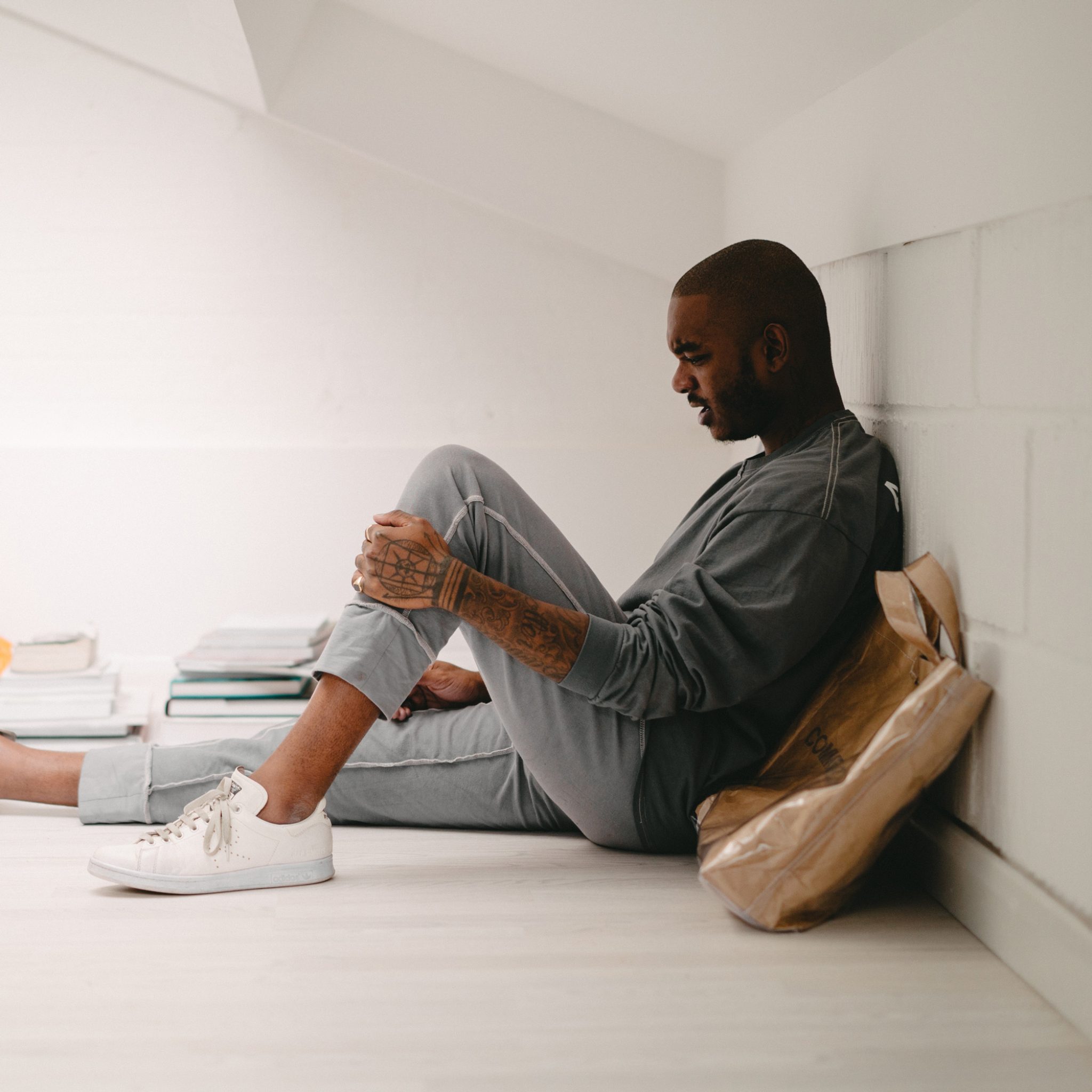 “My intention is not to make clothes for super rich people. My ideal is to make interesting, good, thought-provoking products which people like before trying to think of what’s going to be the next trend.”

The conditions surrounding Samuel weren’t ideal, but he continued to nurture a passion for design that had always been there. An avid drawer and painter as a kid, his talents earned him good grades and acceptance into a college graphic design course at the age of 15. This would be the first pivotal step in his journey of multidisciplinary design. “I fell in love with it instantly and I kind of began to build an identity in design, specifically more than art or fashion or illustration or trainers. It was never specific,” he explains. “I was learning the various disciplines of design and illustration and how they can be applied to so many different outlets such as branding, product design, packaging, multimedia, moving image and whatnot.”

“I guess the main catalyst that drove me to take the educational route was experience. My friends and I would often get into trouble committing minor crimes and misdemeanors. It wasn’t until getting into trouble, did I realize that the path I was going down wasn’t for me,” he admits. “University was actually a saving grace.”

The weight of his formal educational experience and the attention his talent attracted withstanding, Ross made his own personal inroads into the industry unintentionally. He started his first streetwear brand 2wnty4 out of a desire to actualize his accumulated street culture experience: “That brand did quite well. We were stocked locally but due to lack of experience it failed when it came to the financial side of balancing the book and working with retailers. After that failed, I was probably around 18 or 19. I decided to focus my efforts back onto design. So you can say my infatuation with streetwear died down a bit at that age and I dove further into the world of design.”

2wnty4’s financial setbacks would do little to slow Ross’s momentum. He graduated with a first class honors degree in graphic design and illustration as he was being scouted by design firms. Around then he was introduced to the work of important design figures such as Dieter Rams, Massimo Vignelli and Roy Liechtenstein, who provided new levels of inspiration to Samuel as he continued to create both professionally and personally under his four aliases.

Unfortunately, his immediate post-graduation experience in the design industry would leave him disenchanted as he yearned for the right outlet. “I started to realize that it wasn’t fulfilling the ideal that was sold to me at university, so I started looking for other options and jobs that got me nowhere at this point. I then took a different route and began to look towards different art directors and creative directors who to me were creating brilliant work.”

It was in this transitional period that he sought out and eventually gained the recognition of Virgil Abloh, best known as Kanye West’s Creative Director. While Ross remembers a few desperate attempts to get ahold of him — going as far as leaving his entire CV in the comments section of a website — his perseverance ultimately paid off. “I found him on Instagram and said to myself, ‘Is there any point in even fucking following him, he has over 100k followers, I have 40.’ What was the point in this? But I said ‘fuck it’ and decided to follow him.”

He woke up to an e-mail from Abloh the next day.

The conversations that ensued would allow Ross to share the diverse body of work that he had already created and thus cultivate opportunities to create even more. The result? A few projects for Hood By Air, some print and design work and artwork for rapper Travis Scott. Yet, even during his time working with Virgil Abloh, Ross still continued to work under his several aliases. Despite his talents eventually returning to the realm of fashion, he had never seen himself as a fashion designer.

“My intention is not to make clothes for super rich people,” he emphasizes. “My ideal is to make interesting, good, thought-provoking products which people like before trying to think of what’s going to be the next trend. ‘Would X, Y and Z wear this piece of clothing?’ I don’t even enter that conversation in my creative process.”

But his specific tenure in an evolving fashion industry that was embracing the street culture he’d grow up with and eventually outgrew would reveal the answers to both the design and societal questions he’d been searching for: A-COLD-WALL*.

“I don’t think there is anything wrong with the industry right now. But I do think that it’s my job to shift things, being a young person in the industry.” 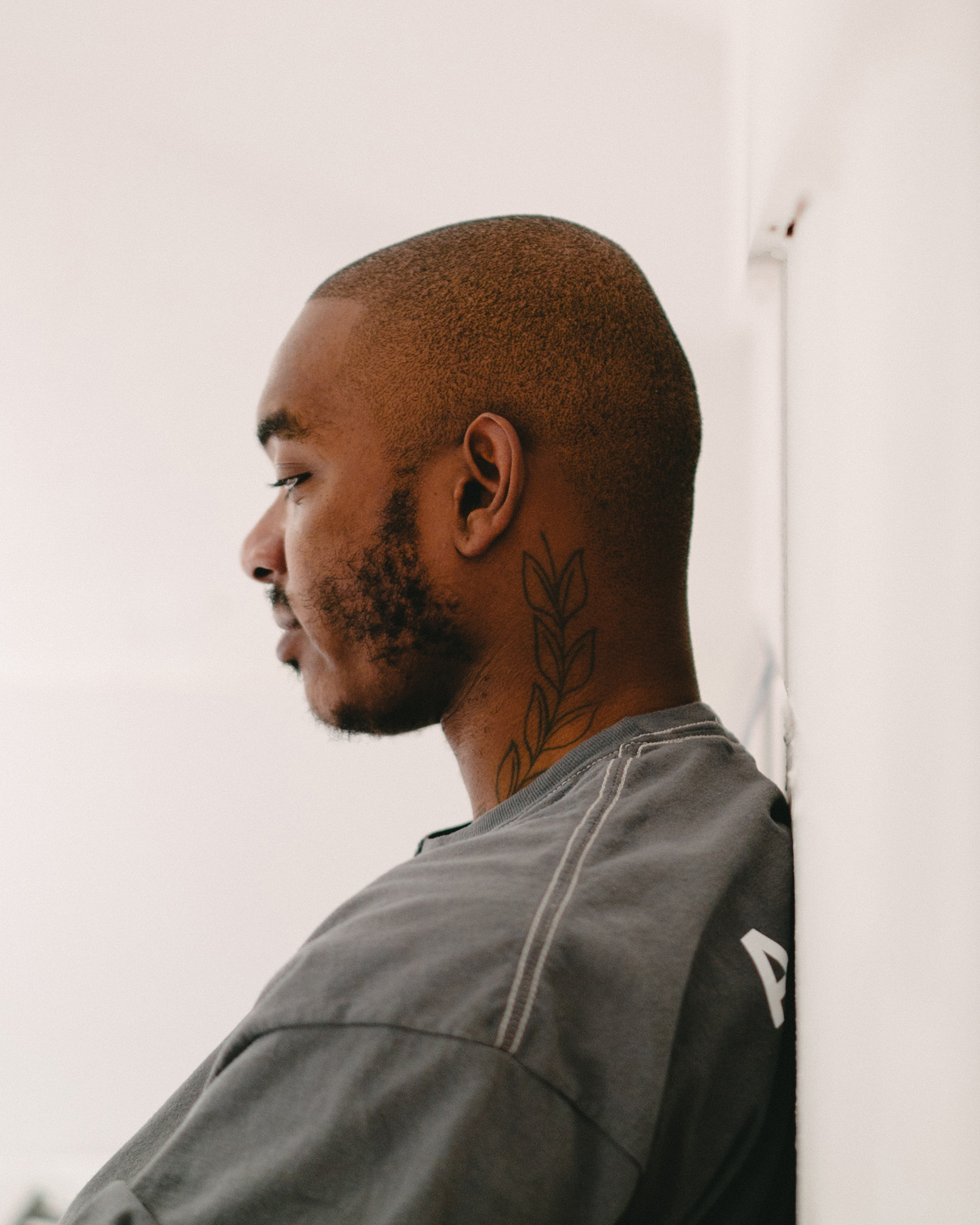 For him, it became clear that A-COLD-WALL* was never to become a brand, but rather a platform to work with more creatives under a united voice. “The brand is more than just putting together graphics; it has a theatrical experience behind it as well. It’s the idea that the brand should be more intentional through the experience, whether it’s a video, in-store presentation or the web UX, it should be able to show the customer what the brand means.”

What he was creating was much larger than just a brand of clothing; he was building a platform that he could use to expand on his beliefs, be they artistic, political or simply design-centric. And perhaps, change a few minds along the way. Although A-COLD-WALL*’s “new player” status affords it an expectation-free clean state on which to build presence, Ross is poised to lead slowly by example rather than become the next loudest contender. “It’s not something that I want to force, but I do think that it’s part of my job to bring in new ideas and ways to change the scope of the industry as a whole.”

This is all perhaps for good reason. In his words, “Fashion is a medium and language that I am using to explain something that you could write down as a dissertation or use as a case study.” A-COLD-WALL* could become the chronicler for urban British culture that he hopes for. Using not just a vocabulary of fabric types, weights, dyes, threads and fit, but also the various media he’s designed with, Ross hopes to comprehensively explain the British class system. “I think my main target in regards to highlighting the class system through A-COLD-WALL* to people outside of the UK was to immerse people through the density of one’s experience with the brand. Which is where set design and visuals come into play. That way it doesn’t have to be something that needs to be understood through the clothing, but it’s something that could be understood visually.”

It’s readily apparent that Ross’s ambitions stretch further than just his clothing brand, and it’s easy to celebrate where he’s at now, but he remains at odds with his role and perception to others. “I’m not sure if I see myself as a role model yet. More a beacon for another route. I feel more so that I have been elected to this position more so than trying to show people there is a different way.”

He’s quick to remind us of the all-too-often unmentioned struggles or sacrifices involved with such a venture. He mentions how he’s moved 15 times in the last six years and warns of the risk of making similar departures from jobs to seek other opportunities: “I don’t know if the word is ‘break free.’ But I kind of look at it as what does it take to ‘break free’ from a class system and that’s my journey. I guess that could be looked as inspirational, but it’s quite sacrificial as well to do that. You can’t try to move yourself from a working class infrastructure and expect to still have all of your childhood friends with you or expect to have the best relationship with your niece or nephew. It doesn’t work that way.”

Still, he humbly considers his accomplishments as milestones for both how far he’s come and how far he hopes others will go. His advice?

“If you can understand the fundamental laws of design to such a level, you can really plug that into any context and be able to bring any idea to fruition.”