To not stand for something means you’ll fall for anything. HVW8 Gallery co-founder Tyler Gibney has never been content on the sidelines. Despite the inability to vote as a Canadian citizen, Gibney put his artistic stake in the ground for the 2016 Presidential Election. The global influence of the United States is an important part of the world’s fabric. To be apathetic and not challenge the world around us is a great disservice according to Gibney. The HVW8 story is not focused so much on the candidate they support. It’s about the very decision to pick a side and to tell a story through art in the divisive world of politics.

“The reason a lot of people don’t want to get involved in politics is because it’s polarizing and the minute you stand for something, that means there might be someone standing against you.”

HVW8 Gallery occupies a space right off Sunset Blvd. The space has played host to many art shows with crowds that far exceed the quaint and small gallery. They often spill outside into the back parking lot in the hundreds. Past show attendees have walked and quickly thought to themselves, “wait, this is it?” The inherent small-scale nature of the gallery is a good

indicator that ideas and beliefs far exceed any sort of physical boundaries.
Since the early days of HVW8, co-founder Tyler Gibney and the gallery ethos centered around creating a place for progressive graphic design and a subcultural showcase of art that emanated from the streets. A lack of relevant galleries in Los Angeles was a determining factor in Gibney’s interest in launching HVW8. At the time, had left the cold, snowy confines of Montreal for the year-round sunshine of LA. 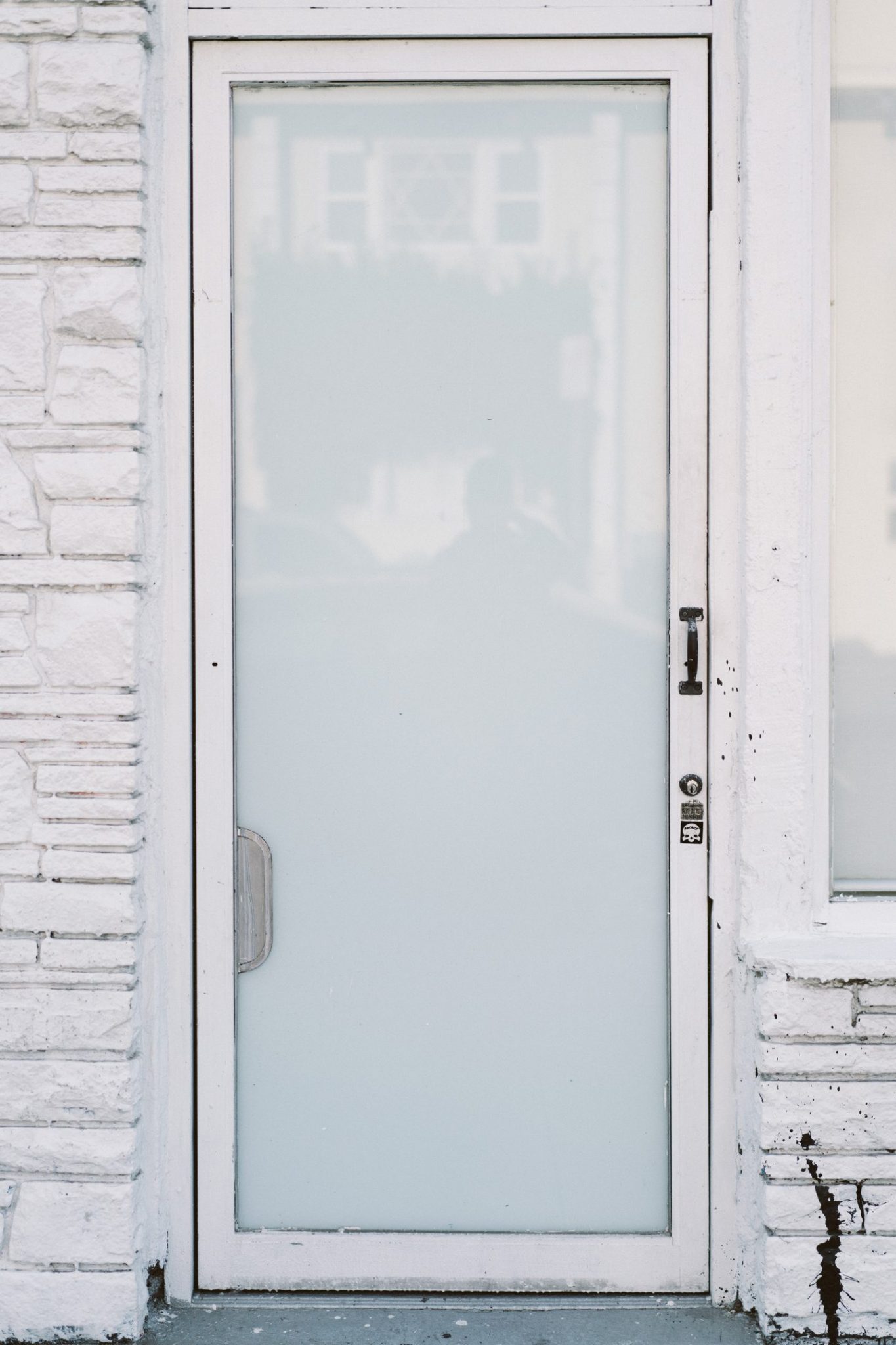 “Graphic design and politics have often had a close relationship.”

Pulling the strings at his own gallery resulted in the opportunity to develop strong bonds. The gallery’s connections encompasses both up-and-coming and established artists, illustrators, and photographers who respected the intent and vision of HVW8. While eclectic, the shared common ground among the creatives is authenticity.

The shows include photographer Peter Beste‘s Houston Rap series and the witty graphic design (and creator of the “Peace for Paris” graphic) of Jean Julien, to shows centered around politically-driven subject matter. Politics have been a long-standing part of HVW8’s foundation. In 2003, Heavyweight Art Installation ran its first exhibition titled “Political Minded.” It highlighted the efforts of many great political activists including Shirin Ebadi and Noam Chomsky. Their political efforts picked up heavily starting in 2008 with President Obama’s campaign for presidency.

HVW8 reprises an active role in the US Presidential race for the 2016 race. They’ve hosted several shows titled “The Art of a Political Revolution,” which spanned Los Angeles, Boston, and Austin. HVW8’s most compelling angle is less about the fact they aligned with which candidate, Bernie Sanders in this case, but the fact they’ve actively chosen a side. 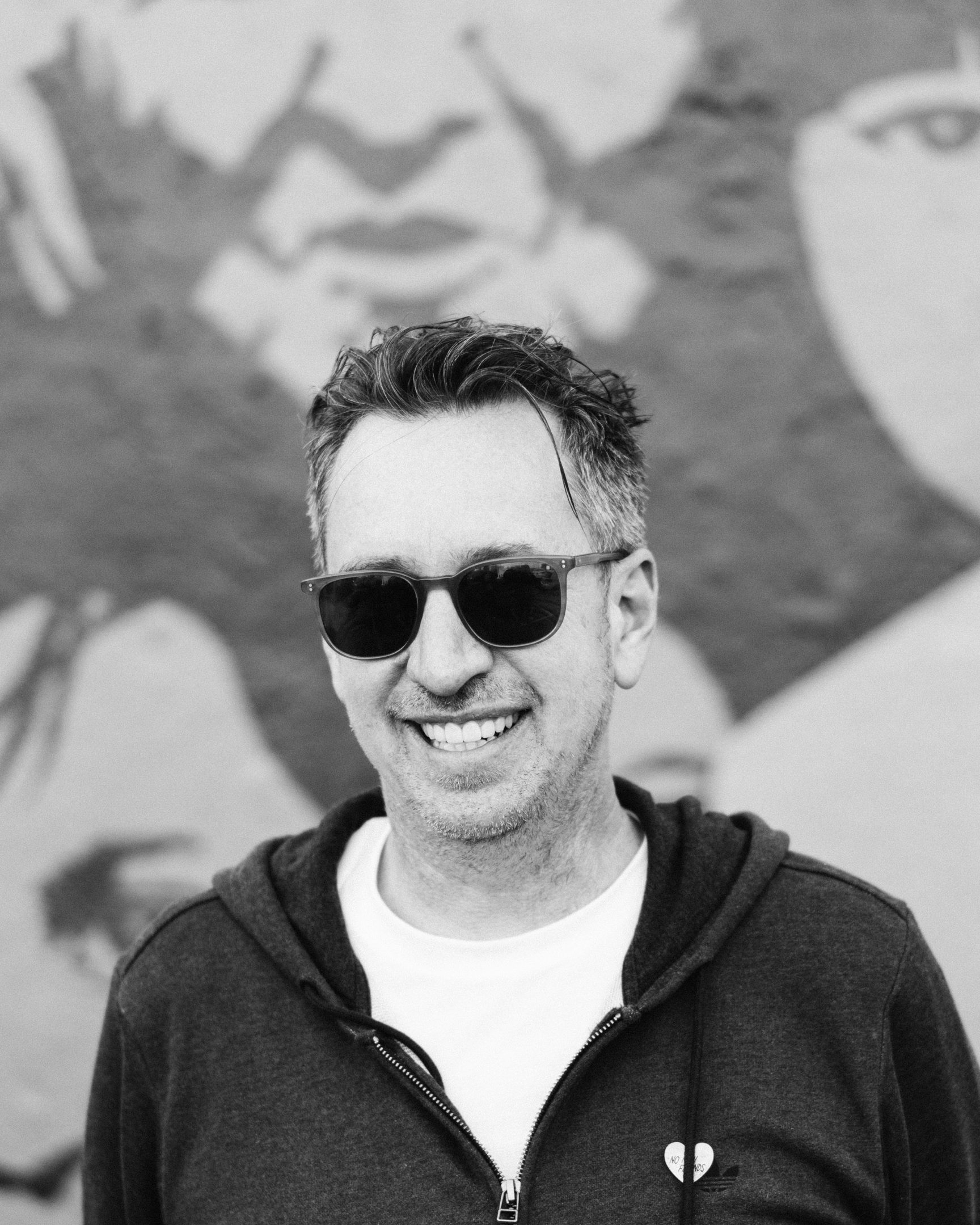 “The Art of A Political Revolution” outside HVW8 Los Angeles, 2016.

Tyler introduced a clear view of the emotional impact of choosing a side, “the reason a lot of people don’t want to get involved in politics is because it’s polarizing and the minute you stand for something, that means there might be someone standing against you.”

Gibney surprisingly can’t vote in the upcoming elections due to his Canadian citizenship. His interest is based on the importance of the United States in the global fabric. For better or worse, its reach and influence are undeniable to how global citizens, experience life as we know it. He solemnly states, “We’re all so interconnected. We all listen to the same music, we’re all involved in the same things that it’s too small of a world. Since I can’t vote, I need to do something… sometimes if you’re apathetic, that can be the worst thing in the world. You don’t stand for anything.” There’re several truths to that. There have been many exclusionary and contentious policies (such as, ahem, a Mexican-American wall) suggested that could start a broad sweeping change in the interaction of both citizens and foreigners to the United States.

HVW8’s current backing of Bernie Sanders follows a similar vein as their “Manifest Hope” efforts in support of Obama dating back to 2008. A selection of artists eager to offer their own opinions offered a moving look into how a section of the creativity community is thinking. But unlike “Manifest Hope,” the work created for the Sanders “The Art of a Political Revolution” relies heavily on works that focus on the issues. Topics and creations based around #BlackLivesMatter, education or student loans offer a different and more macroscopic take.

“Graphic design and politics have often had a close relationship.” 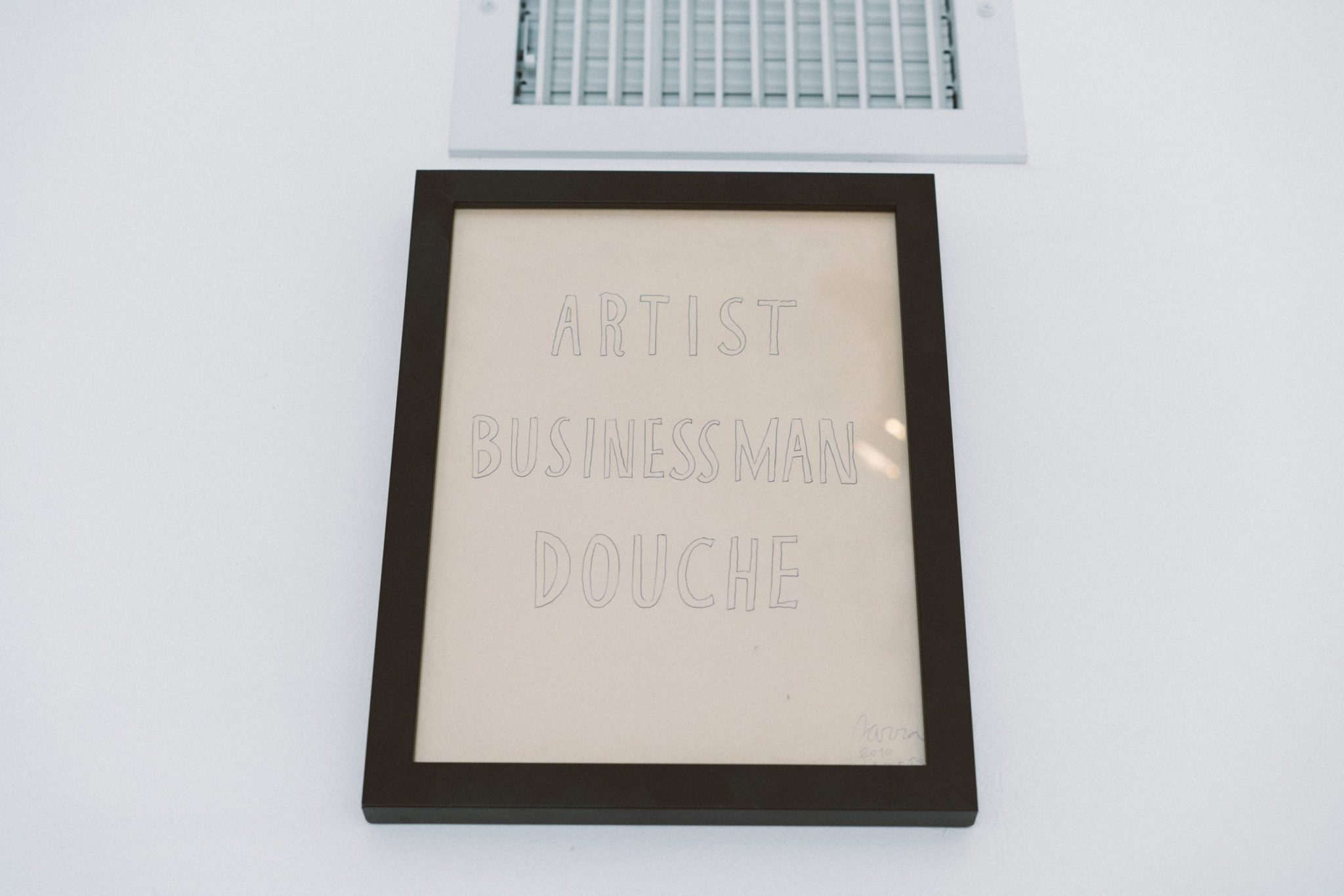 Gibney is quick to mention that many Russian trains were bombed in the early 1900s came forth because of the Constructivism views of El Lissitzky. Through the 20th century, there have been other notable instances of strong graphic design identities in political revolutions. One strong example is Emory Douglas and the Black Panthers who paired concise visuals with a particular emotionally-charged narrative.

Work by Dan Buller as part of “The Art of a Political Revolution,” in support of Bernie Sanders.

The art and political duality come with some conflicting notes. Gibney’s take on it all, “Art is kind of ego, a girl broke my heart now I’m going to do a picture about it. It’s a kind of relationship of yourself. And when people identify with it… With politics, you want to get 51% of the vote. You’re always trying to the majority of the vote. Especially in America, everything from Louisiana to Oregon and everything in between, different ideas and stuff, how do you find a commonality. Every once in awhile… like Obama before, artists want to support.”

Now more than ever, an incoming generation is without the proper opportunities to create the life many expect them to have. The societal pressures are becoming clear according to Tyler, “I have interns coming to the gallery. You’re coming out of university with 100, 110 grand in debt after four years of university. It’s like $30-$40,000 for a good school, a Fine Art school. Then on top of that you’re coming here there aren’t really jobs per se. Then you’re doing an unpaid internship. And you want to buy a house and a bad condo in LA is close to half-a-million dollars… That used to be the American dream. All of a sudden unless you come from a rich family you’re not going to have access.”

The investment and time and effort may not yield the desired outcome this time. A Bernie Sanders victory isn’t categorically impossible, but it’s bleak. HVW8’s continued push carries a longer-term agenda. Gibney suggests that “Student loans, health care, education, Black Lives Matter…Even if he doesn’t win, and Hilary gets the nomination, still these issues will come to a forefront.” The usage of art provides a particular entry point for the youth to engage in the topics that matter to them. The hope is that the earlier the introduction, the more conditioned they are to getting involved and making a difference for the world around them.

The HVW8 objective may seem to activate a particular generation and subset of people. HVW8 does indeed cater towards a more youthful side with its dedication and interest in youth culture, and its location off Fairfax Avenue is near one of streetwear’s global epicenters. It’s also an accurate outlook that they aim to broaden the opinions and insights in an organic way. The usage of art provides a medium that offers many touchpoints and resonance. “We’re just off Fairfax, kids line up around the block. They have the passion but are they spending their time wisely?”