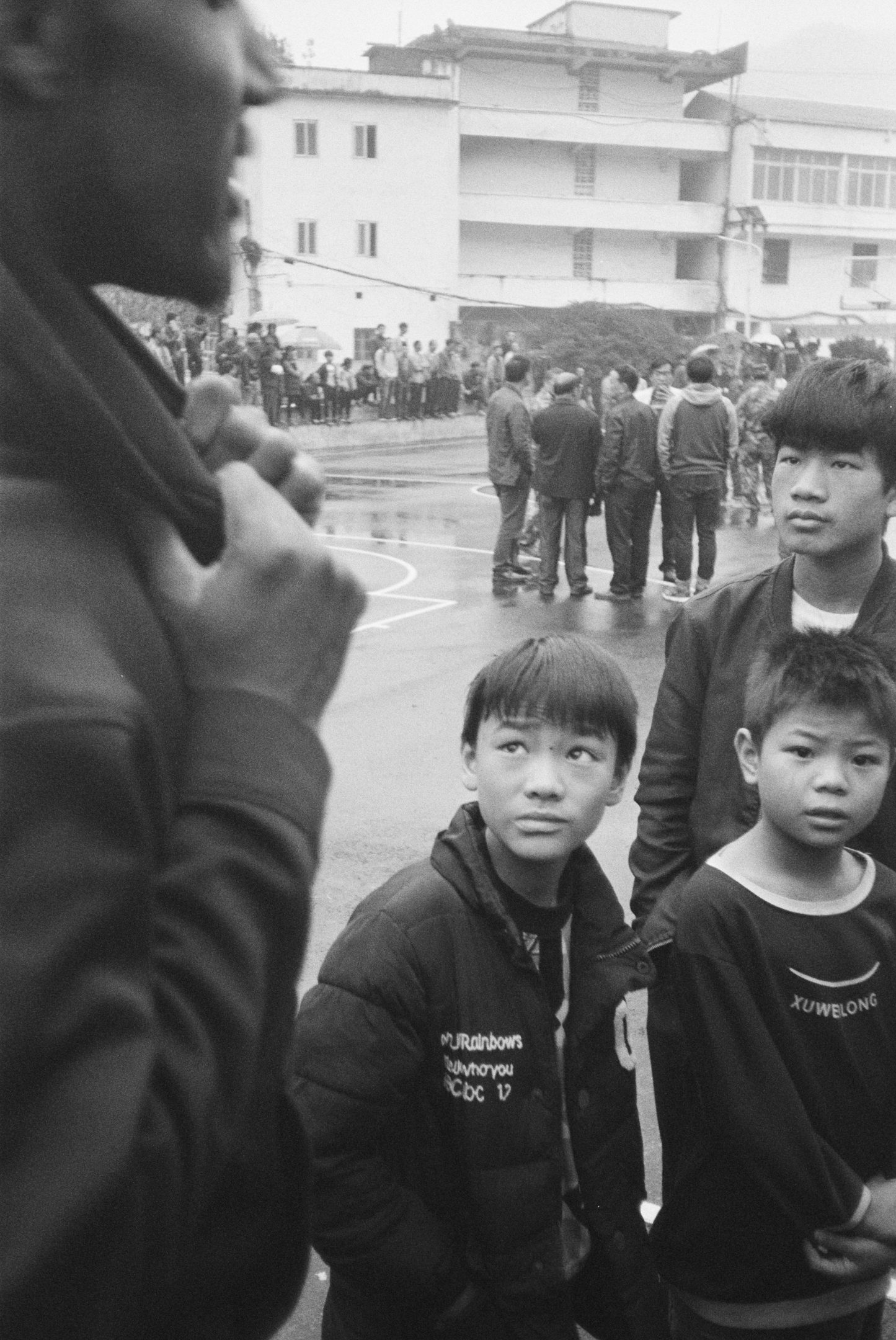 To produce one of our stories in October 2017, we sent our sound engineer Elphick with frequent MAEKAN collaborator and photographer Yin to China. They were there to meet with pro baller Erron Maxey and cover the growing local underground scene known as “Wild Ball.”

In this lighthearted first half of the story, Elphick and Yin look back on their long five-day journey through China’s Yunnan and Guizhou provinces. Due to the tight schedule, Elphick would go for the first few days with Yin joining in after.

To get to Erron, Elphick would first fly to Kunming, the capital of Yunnan province before transferring to Bijie, a smaller city in neighboring Guizhou. From there, he would have to travel back across the border by car to Zhenxiong, Yunnan where Erron was staying.

The road to Zhenxiong had several tunnels running through mountains. As Chinese revolutionary anthems blare from speakers, the Doppler effect of speeding past creates a dark stretch of otherworldliness.

The village of Jianshan (lit. “Sharp Mountain) played host to the Wild Ball games as part of its embroidery festival.

Shooting on Elphick and Yin’s last day with Erron, who you’ll hear more from in second half of our story, “Ballers for Hire — China’s Underground Basketball Scene“