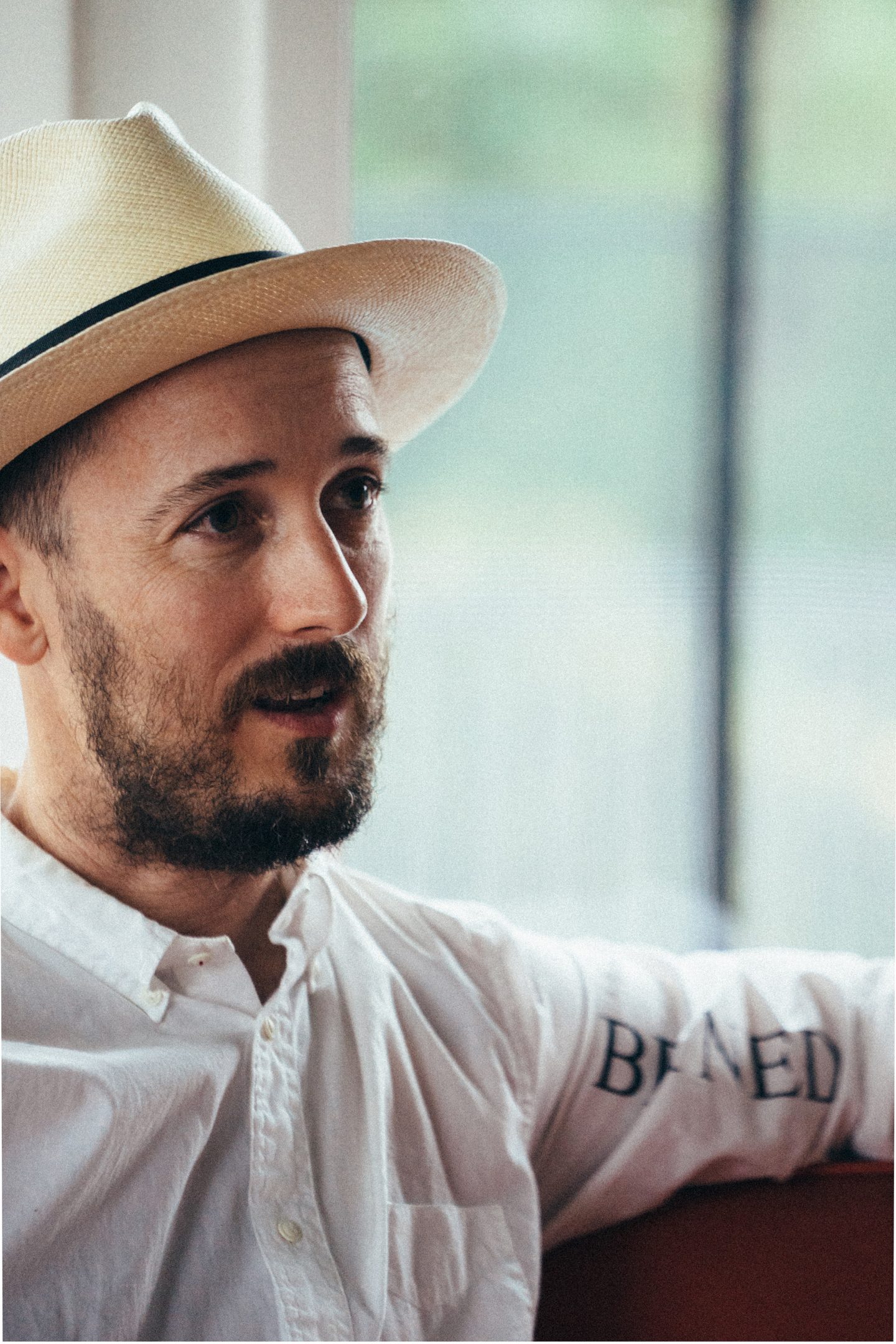 Audio by Elphick Wo
Photos by Alex Maeland

Jon Warren left the Midwest early in his youth. Shortly after arriving in California, two kids ridiculed him for his outfit. They pushed him to pick-up a pair of Vans and adopt a truly Californian lifestyle that embodied skateboarding. It was the start of something much bigger, something that would have a lasting impact on his personal and professional life as he enjoyed an illustrious 12 year career at Vans before taking a new role at Herschel Supply Co. as Director of Design. 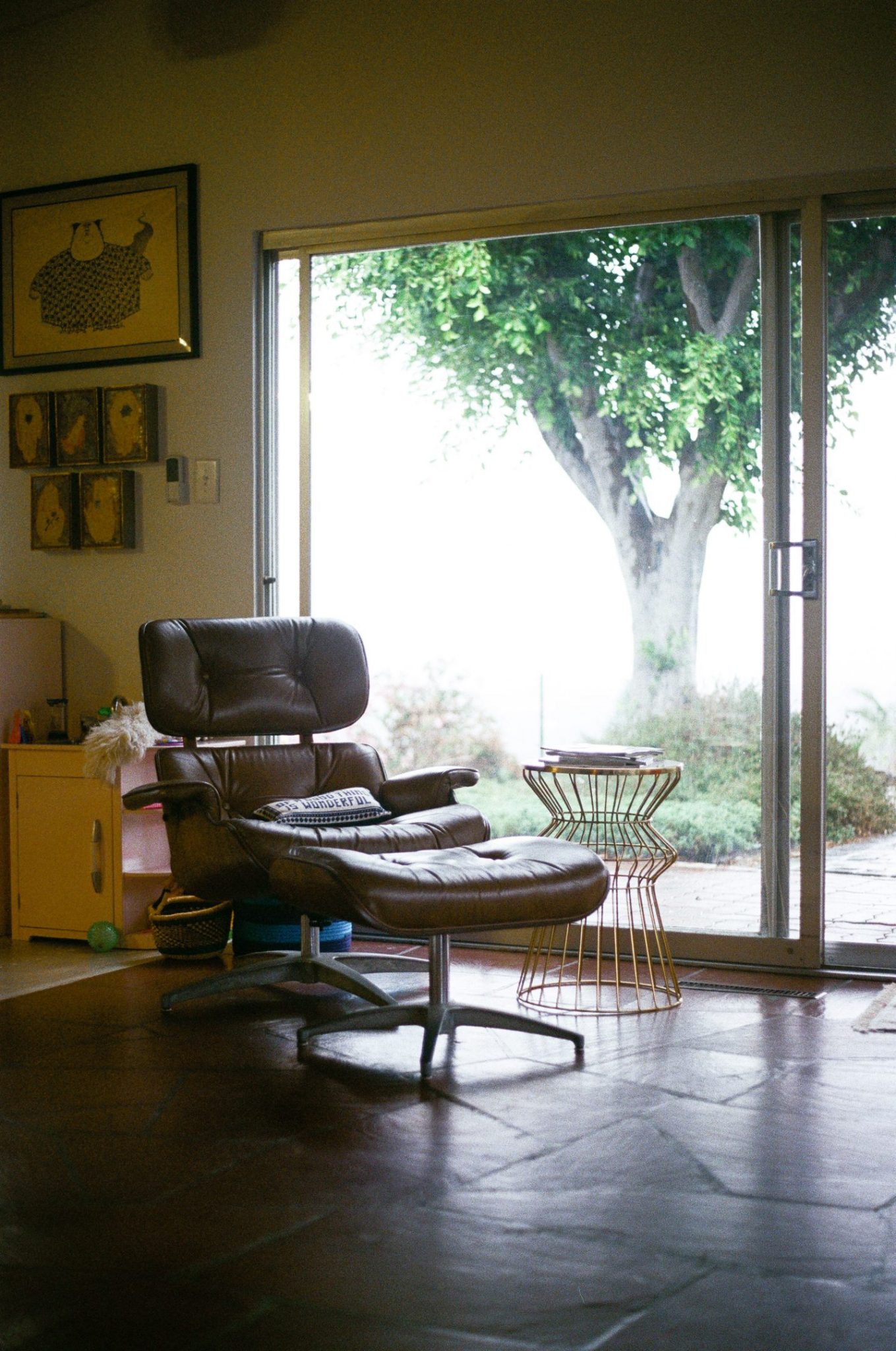 “The beauty of skateboarding is it teaches you about failure. The thing about failure is that once people fail the first time, they quit. In skateboarding, you try 100, 200, 300 times before you make it. You develop this philosophy.”

A skateboard is simply a piece of wood with wheels. For former Vans Director of Design and current Herschel Supply Co. Director of Design Jon Warren, he saw much more. Skateboarding was something that significantly shaped his life. It provided him new ways of interacting and viewing the world around him. Jon looked to skating because it was unlike team sports that focused on competition.In skateboarding, it was your relentless effort that helped you overcome a new trick and provide a feeling of accomplishment. But skateboarding has endured a bumpy ride since the first time Jon picked up a board. The commercial success you see today is a far cry from its humble beginnings.

It was these humble beginnings that spoke to Jon.

In the early days, it went from an interesting and curious act to a dark period of retreat. The multi-million-dollar industry we know today has people like JonWarren to thank. Through the thick and the thin, Jon and skateboarding shared an intimate relationship. There was an exchange of value in both directions.

As Jon progressed through the ranks, he had no intentions of crafting a particular path towards a career tied to skateboarding. He didn’t have a game plan, but what he did have was an open mind. Every step of the way, he allowed himself to soak in the experiences that skateboarding afforded him. And he would apply an intense passion towards new projects he came across. He eventually landed a role at Vans where he spent almost 13 years. His tenure there saw him launch many successful silos including the skate-centric Vans Syndicate line. His expertise is now applied in the realm of bag design with Canadian-based Herschel Supply Co. While he cut his teeth in footwear, his experience in design is applicable across multiple mediums.

Eames and toys. An Eames chair sits beside a pile of Warren’s daughter’s toys.

Artifacts of culture. A Supreme beach ball sits on the fire place.

Despite Jon’s professional success, it wasn’t a scripted move. During his childhood, Jon moved in with his grandpa after the untimely death of his father. Jon’s grandpa served as a printmaker for Playboy, Time and other popular publications of the era. It was him who instilled a sense of experimentation and constant improvement in Jon.

In addition to the move, an early interaction with the neighborhood kids would set Jon on a particular path.

“A lot of the kids had preexisting friendships. I had a hard time fitting in. A lot of the kids in the neighborhood skated… that was my introduction to Southern California and skateboarding.”

There was an instance where two kids on a skateboard and BMX had a lasting impact on Jon. “They were wearing army fatigues and had all these heavy metal patches sewn on the back. They were like ‘what’s up with what you’re wearing?’ I was probably wearing Dockers and some boat shoes. I said I was from Chicago. They said ‘yeah you gotta get with it, you have to say dude, you have to get a skate.’ Oddly enough they said I had to get some Vans.”

Warren and his daughter in their home in Palos Verdes, California.

Jon immersed himself in the world of skateboarding and all that it entailed, regardless of its popularity. The late ’80s had popular contests such as Savannah Slamma and seminal figures such as Tony Hawk and Christian Hosoi that propelled skateboarding. But as a new decade entered, things changed.

“It started getting into the ‘90s and a lot of kids that I grew up skating stopped.”

Publications like Thrasher Magazine were influential to the remaining crop of skaters. They provided a global view including a cross-pollination of cultures such as punk and hip-hop such as JFA and KRS-One. It was a look into the rest of the world that attempted interconnectivity before the widespread adoption of the Internet.

As Jon got older, skateboarding lost the steam that propelled it during its peak of popularity. But despite its downward cycle, Jon stuck to this intense passion that had given him so much. The philosophy instilled by Jon’s grandfather would remain with him. He continued to connect a desire for improvement with a growing interest towards design.

Jon began applying better ways of executing and improving the objects and processes around him. He also took full advantage of new opportunities. This openness made Jon a great asset amongst his friends as he was always available to lend a helping hand. The comprehensive do-it-yourself nature of skateboarding would never be more evident. You had to be scrappy.

“When we were doing this, there was nothing. I was talking to Jeff Grosso and he said his paycheque was $400 a month as a pro skater. That was at the top of his game.”

Given the lack of money in the industry, you made things work in any way possible. Jon would pick-up various skills along the way by virtue of being “the most creative one.”

Whenever it came to trying something new, all expectations for Jon were off the table. The simple act of starting far exceeded the outcome. He goes on to say that when you disconnect outcome from the act of trying, “it allows for a lot spontaneity. It allows for a lot of originality. The goals always come later. Once you master something you can set a goal. But in the beginning it’s very weird for me to set a goal.”

Jon Warren is an avid collector of vintage Playboy covers which are framed inside the bathroom of his home.

Jon looked at every opportunity with fresh eyes. Retrospectively he mentions, “looking back at on it now with skateboarding, the clothing that you wore defined you. It was a cultural identifier.” However, he now views our culture through a much different perspective. The Internet has provided us with a sense of social agility that doesn’t hold one person’s beliefs or interests in the same sartorial lane as before. There’s still an element of unexpectedness that Jon has really taken ahold of.

“I really like the surprise of meeting somebody. They might not dress like you or look like you but they might have everything in common with you. There’s a beauty in that. For a long time, we had to dress to portray what we were into it. It was about a tribe.”

Jon takes pride in a sense of meeting not necessarily like-minded people, but collating these varied experiences he encounters into something that he can examine and dissect. From here, he can then apply it to something more tangible. “The beauty of what I like about design is that, I’m a real good DJ as far as taking bits of pieces in culture and society. We’re taking it and piecing it together. Are you going to reinvent a shoe? No, the foot doesn’t change.”

Creating this vision is not something Jon takes lightly. A quick reference to his past suggests “that spirit of punk and do-it-yourself, it’s about having a point-of-view.” It’s also critical for youth to embrace this as they are not at the perils of society and culture, at least not yet. Jon’s own experiences place great value in the hands of youth’s passion and sometimes anti-social behavior.

“Not many people are willing to take the responsibility and accountability to make things great. ”

“I met those kids [of Odd Future] before they became Odd Future. They were just some fucking weird kids that made tapes. I remember when I met them, I was like ‘these kids are the coolest.’ The music is horrible; I don’t like it. It was crazy, they were talking about chopping off heads. I felt old. But we were skateboarding at Supreme and I was wearing some crazy boots and they weren’t afraid of making fun of me. There was an attitude of something pure and super raw. That’s youth’s positioning. You have to come out swinging. I have the wisdom to be where I’m at. But I had to go through all this ‘anti-everything,’ and to peel the layers away.”

This “anti-everything” approach coincidentally comes in cycles. Some youth embrace this to a fault and the outcomes can yield some unfocused results. But likewise, as we grow older, our experience and wisdom reintroduce a sense of anti-everything. The things we once found cool are no longer captivating. We feel that nothing is quite good enough. Jon had a very pointed take on the grumpy old men who had overrun culture. Just as much as Jon continued to dive deep into punk in the mid-80s, many around him would openly take down punk.

“I will never be you, because I fucking hate you,” Jon openly states with a sense of passion and vigor.

This was in regards to the guy who hated on everything and grew disenchanted with the world he once held in such high regard.

The driveway to the Warren residence overlooks California.

Not many people are willing to take the responsibility and accountability to make things great. Jon embraces it. It’s not about setting a set goal or a place that society and culture needs to go. Culture and community is about giving something that will be reaped and sowed by those around us, both today and the future.

“One piece of that pie is we’re going to play our part. Looking at design now and for people I really admire, you know what I’m not going to make shitty things. It doesn’t mean that I’m going to make everything I make is dope or great. Just like the same way I bumbled into photography, bumbling my way through design… It’s 100% love and dedication. It’s authentic.”