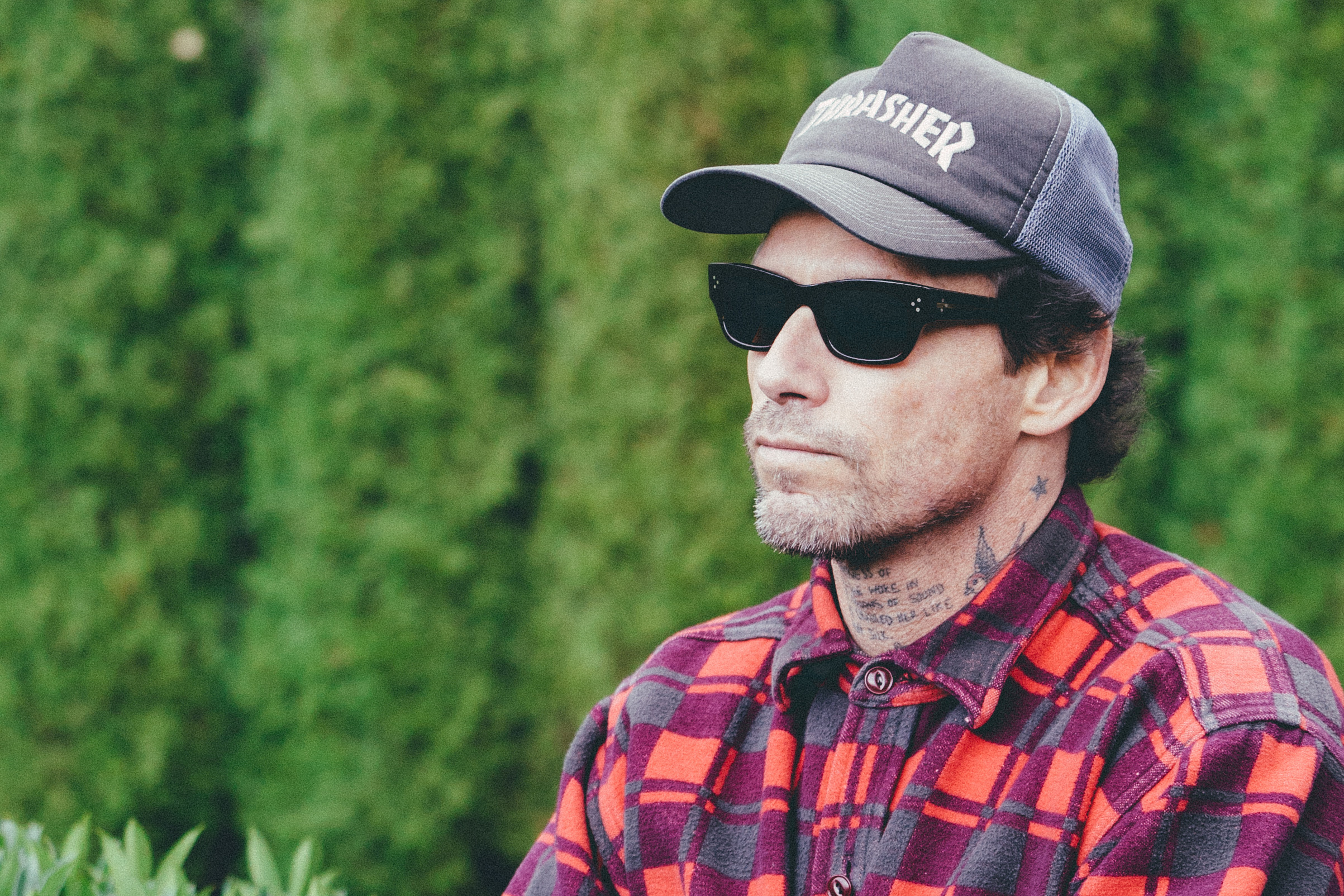 How Far Should You Look? — Raif Adelberg's Insights into Creativity & Business

They mess around with the sliders on their editing app and tweak the copy for the 10th time “… Will this get me enough likes?” they wonder? These questions race through the mind of people before they publish on social media. The underlying negative impact in social media lies in its ability to influence us based on what we believe others will want to see. Raif Adelberg outlines how authenticity has been reduced to an afterthought in the era of social media.

From the onset, many have said that Raif Adelberg was ahead of his time. His creative stance often teetered on visionary, where he’d put forth new and innovative ideas without regard for limitations. Over the course of his career, he’s earned the titles of publisher, designer, retailer and above all, cultural commentator. In that time, he’s had an important role in shaping the Canadian creative landscape through initiatives such as Made Magazine, retail concepts Twentyfour and Richard Kidd, and design experiences with wing + horns, Herschel, and Stussy.

His most recently-launched endeavor, HERMAN, explores new concepts for the growing world of androgynous fashion. It’s a culmination of decades of experience in both fashion and the creative world – it just so happens much of the past experiences that made it possible have largely gone undocumented. In the current era, we’ve gone overboard with sharing our lives. It just doesn’t give way to authentic experiences every time we update our social media with hands wide open for a few tokens of the requisite social currency. Raif, on the other hand, cut his teeth at a time without rampant documentation, and he certainly acknowledges that similar choices as well as his own personality have resulted in important and difficult lessons in communication and business. We stopped by his home in Surrey, British Columbia, which also serves as his office and in many ways, a small museum of street culture. The ensuing conversation gave us a comprehensive look into Raif’s youth and his thought process as he began his entrepreneurial journey.

HERMAN is Raif Adelberg’s most recent foray into fashion. The gender-less fashion is relevant commentary on the current cultural landscape.

“When we carried Supreme, kids would try to buy two or three items and I’d say ‘no.’ I was kind of like the Soup Nazi. I wanted everybody to have something.” 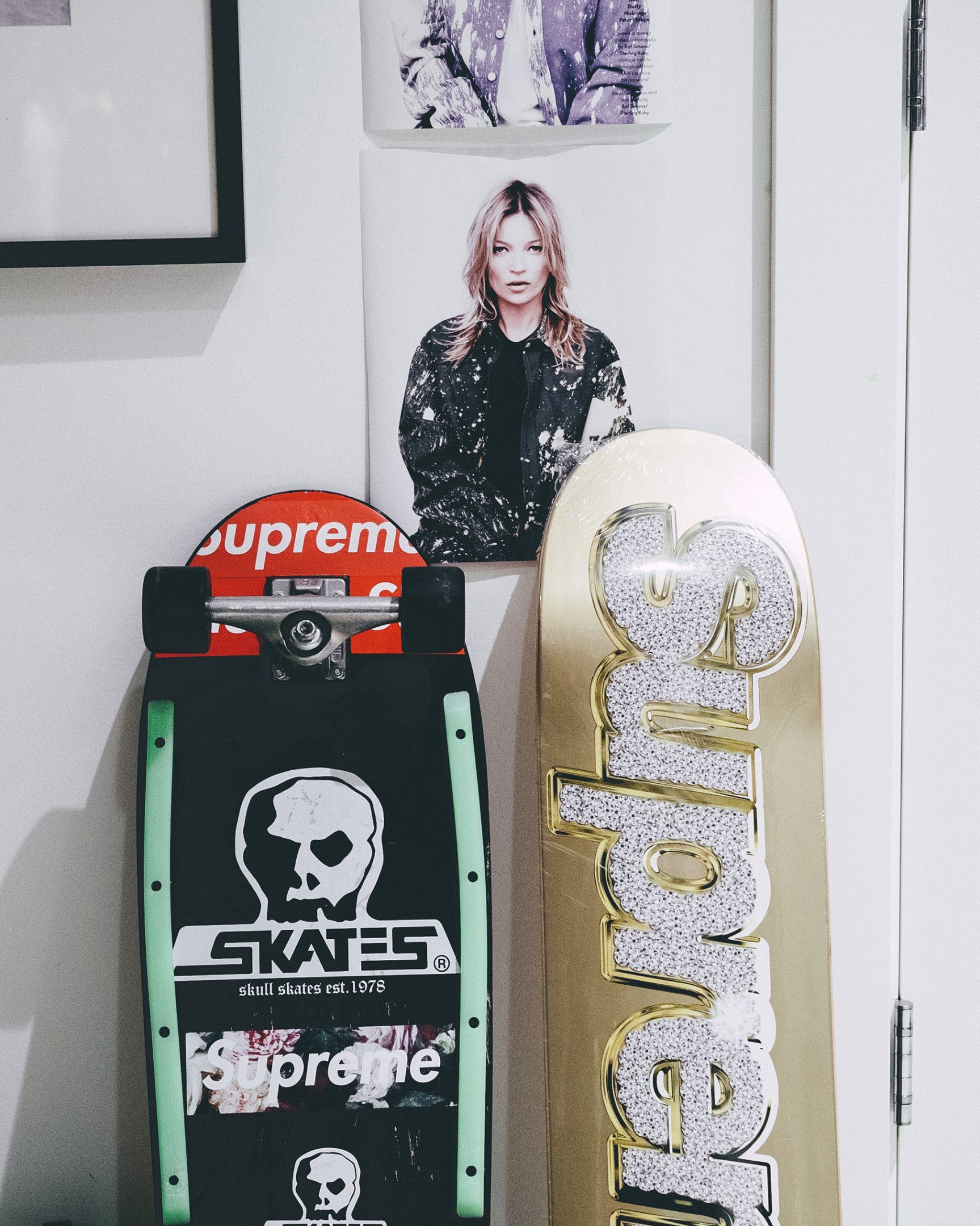 Skatedecks are a throwback to Raif’s previous days skateboarding. It also serves as a source of perpetual motivation to go out and simply make things happen on your own accord.

From an early age, Raif was intent on carving his own path. He was skateboarding at the age of seven, and already designing his own T-shirts at 13. In the 5th grade, he was stealing magazines to satisfy the very curiosity that would guide him for years to come. “I used to go to the library because you couldn’t buy them [Thrasher Magazine] anywhere… they had the metal strips and I would take the metal strips out and take them home.”

His penchant for following creative whims never faded even as he got older. That same year, he decided to pick up of all things, the unicycle. “In the fifth grade, I’m in class, and they put a movie on. A guy was on a unicycle [and I told myself] I need to get a unicycle. I went out to get one the next day [and here I am] in grade 5 riding a unicycle… It was based in curiosity, but it was always, I want to do that. I never thought about ‘oh is it cool?’ It was [along the lines of] ‘it looks like fun; I want to do it. I always say… I don’t ride a unicycle today, but at least I tried.”

This unapologetically steadfast ethic of trying new things independent of popularity would become Raif’s life-long mission. Yet, as he set out to write his own narrative –with some very welcome influence along the way from streetwear heavyweights like Eddie Cruz, James Jebbia, and Shawn Stussy — this would occasionally become a point of contention for some.

“When I was 24, you gave me an ultimatum… I had to do things the hard way.” This approach of non-compromise led Raif to create some of his best work including retailer Richard Kidd, an innovative retailer located in Vancouver’s historic Gastown that housed many respected labels. But it would also set off a rift between both business and artistic considerations. Raif recalls one particular moment with a Supreme reseller in Vancouver. “When we carried Supreme, kids would try to buy two or three items and I’d say ‘no.’ I was kind of like the Soup Nazi. I wanted everybody to have something. I could have sold it all to one kid. When I found out one kid was reselling in Richmond, I went into his store and told him ‘you’re not doing this,’ and took it all back. There are so many times I could have capitalized on things [financially] but didn’t.”

Raif looks back on his early entrepreneurial days with mixed feelings, “On a creative side because I had to try things. On a business side of things, there were monetary sacrifices that were made. And not just made at the expense of myself but others, whether employees, partners or whoever… it was sometimes difficult.”

For these sacrifices, it was often the business side that eluded Raif in his early days, and the crucial balance between pure artistry and the business game had yet to present itself. Instead, Raif felt that while his creative side continued to thrive, he was still searching for a sense of unity, something he’s quick to admit “I don’t think I really liked the business side of things when I was in it. I had a difficult time in and in the moments, the creative side was great, but when I got bored or distracted, I expected everyone around me to know where I was taking things. If I jumped off the train, everyone was lost. They were like, ‘where are we supposed to be?’ I thought the way my thinking was ‘everyone could see what I was seeing. Why am I different from anyone else? You can see what I’m seeing.’”

Raif’s hard-nosed ways are a far cry from the divide we see in society today where he finds some of the truly talented remain lamentably reserved, while others are all-too quick to game the system. “Take a picture of me acting like an idiot and get 10 million hits.” We’ve now found a place of safety to hide where we can exchange authenticity, instead “becoming something that the world wants or the world needs.” 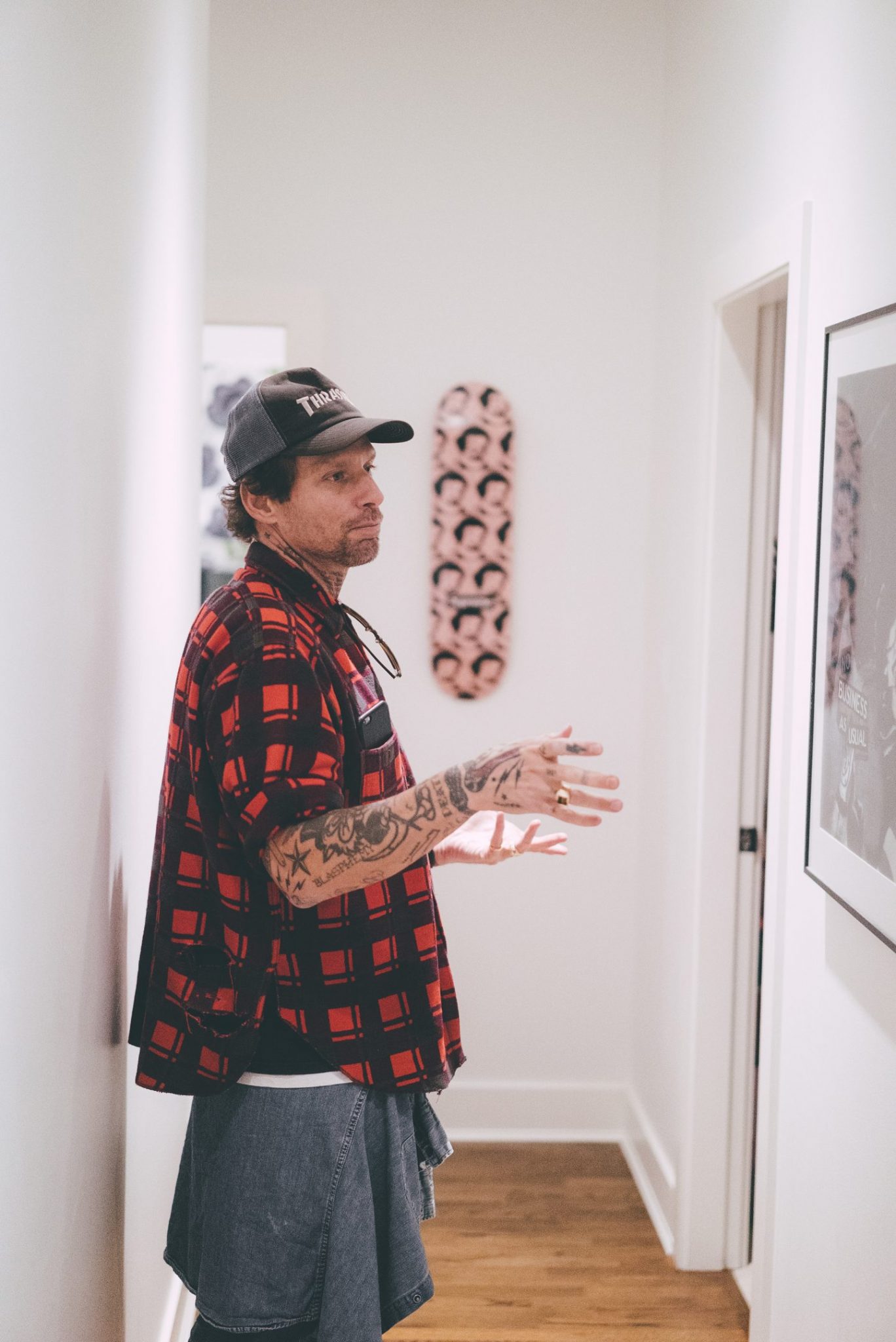 Raif explains the significance of some artwork he personally created.

The superficialness of this world has rewritten priorities and more regrettably, they’ve come to eclipse the accomplishments of the past. Many once history-defining pieces now exist as mere cultural scrapings reflected in our creative output, only the end products that supposedly capture their essence rarely do the source material justice. In these fast times, the output we get is regular, but it fails to decisively add anything new or engaging to the greater narrative.

“What’s real to you? If you were born in 1980 or 1990, what was happening then? There’s a lot to pull from. I find a lot of youth have only had the essence of the brand. There’s a lot of good young designers but a lot who just pull references.”

This taking of something inauthentic and then appropriating it without the necessary foundation has negative ramifications down the line. Raif outlines a five-year creative cycle where some people who, unable to reinvent themselves, often get stuck and can no longer push forward.

“They don’t have the knowledge how to keep reinventing through that cycle, and it dies off. They start panicking… the people that they were copying, that’s true to who the people who copy aren’t able to evolve.”

Much of HERMAN operates out of Raif’s home including inventory and storage.

In rediscovering the path toward authenticity, Raif offers a simple guideline: “In anything, it’s telling your story. If you can tell your story and it makes sense… I use the bomber jacket for instance. Everybody’s doing a bomber jacket. That’s fine. If it makes sense to your story and it fits into your style… then don’t shy away from it. People need to get beyond that. People are critical of it, ‘oh my god, another bomber jacket.’ But look at the context it’s in. Does it make sense to the story that’s being told? Is it part of the story they’re trying to tell? I’ve been wearing a bomber jacket for the last 30 years, all of a sudden because it becomes trendy I can’t wear it anymore? That doesn’t make any sense.”

This level-headed approach to authenticity wasn’t always the case for Raif. In his earlier days, he quickly lost interest in movements and trends of great popularity, turning him off. If something blew up, it was a signal to move on it. This way of thinking is great for a progressive vision, but it can be disastrous in practicality; you can’t always achieve that balance of moving and creating when people are just catching on. Raif sums up this caveat best:

“It wasn’t the population that was the problem, it was me. Because every time something became popular in the sense of the jacket, like everyone wanted it, in the sense of the bomber jacket, it’s not necessarily a bad thing. If it’s authentic to you, keep doing it. It wasn’t everyone else that was the problem, it was me. I kept running away from the problem. There’s a fine line in business and creativity that has to be acknowledged in the sense that yes you can go ahead and do things ahead but in a business sense, you have to slow things down. It’s not a sprint to the finish line, it’s an education process.”