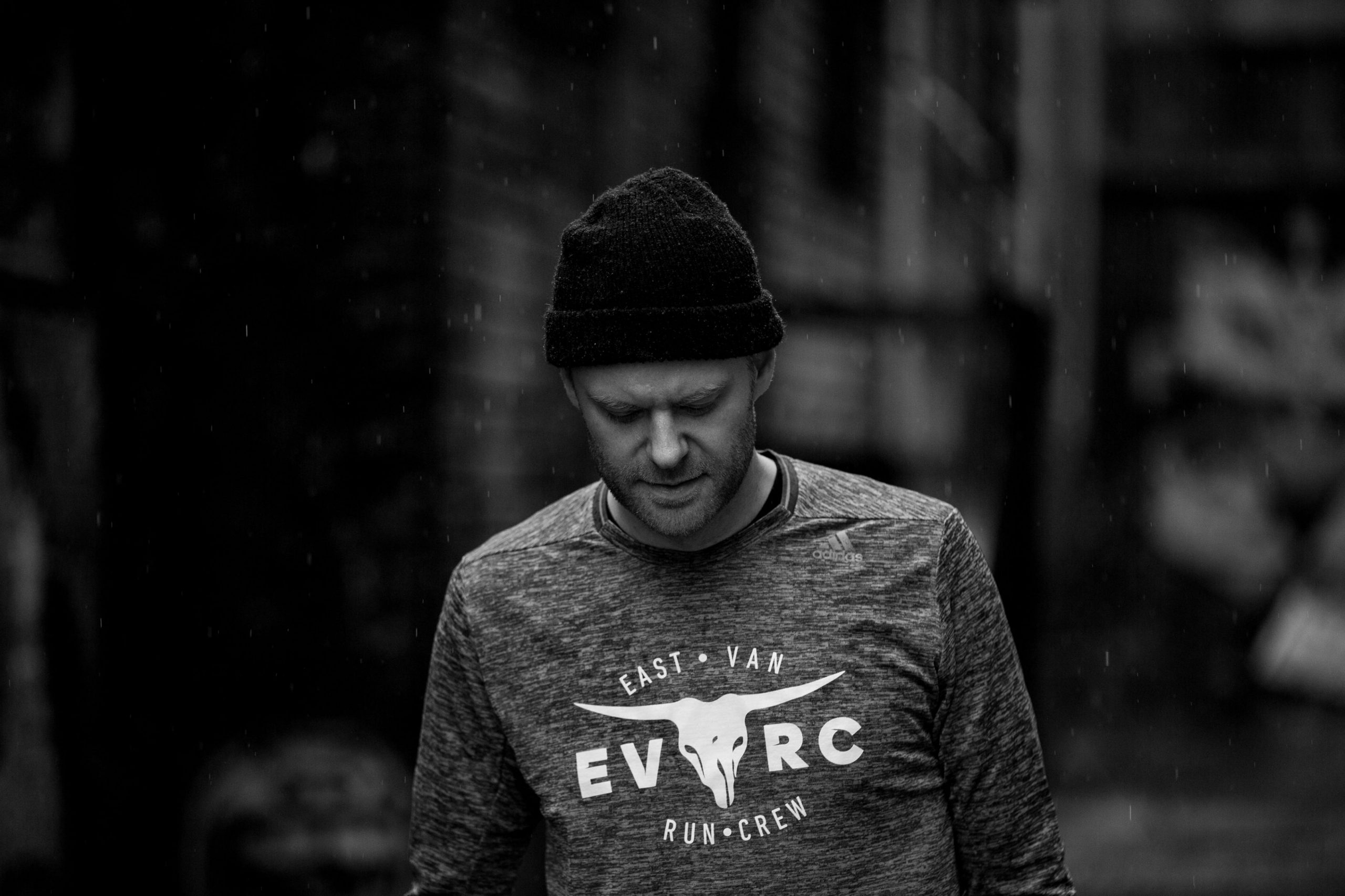 Ryan Chilibeck endured a lonely journey while training for a half-marathon. His efforts to find a running partner were continually met with empty promises. But adding two unlikely ingredients led to the birth of the East Vancouver Run Crew. It’s a community of like-minded individuals pounding the pavement in droves alongside a healthy dose of hedonistic, calorie-rich pleasures such as pizza and ice cold beer.

The run crew, naturally, has a popular Instagram account, just as it has a catchy slogan, branded merchandise, and weekly gatherings after dusk. Its runners are young and diverse; some sport tattoos and have creative jobs. There’s even an Olympic hopeful, marathoner Rob Watson, who counts himself amongst the group’s community-minded regulars. And it has a quietly charismatic leader in 36-year old Ryan Chilibeck, a traditionally trained pizzaiolo who operates Famoso Neapolitan Pizzeria on Commercial Drive, and has since turned the crew into one of Canada’s most buzzed-about road running contingents.

East Vancouver Run Crew (E.V.R.C.), in short, possesses all of the signifiers that have become modern day emblems of the world’s oldest sport, part of a worldwide movement that’s making running more social, less scary and in the eyes of some, perhaps even cool. And — with its newfound emphasis on community, diversity and quality of life — the once-solitary pastime seems to have found a kindred spirit in modern culinary culture, forming an unlikely relationship between the grueling, calorie-burning sport and the hedonistic, calorie-rich pleasures of good food and ice cold beer.

What the group didn’t have — at least not until recently — was a designated meeting place. Instead, Ryan and his steadily growing cohort of pavement pounders had gathered at one of several local breweries — first at Parallel 49, then at others like Red Truck and Postmark Brewing, and on occasion, at Ryan’s own restaurant, Famoso Neapolitan Pizzeria on until each venue was unable to accommodate the crew’s quickly escalating numbers. It’s for this reason that E.V.R.C. recently made its home at the WISE Hall & Lounge on the corner of Adanac Street and Victoria Drive, just below a historic performing arts venue run by a non-profit, community-minded heritage organization in East Vancouver.

This February evening — my first with the crew — it rained hard, making the pavement outside WISE Hall & Lounge perilously slick, matting our hair and soaking our clothes and shoes. So it came as something of a surprise when, from the shadows, several runners emerged, clad in caps and reflective gear and branded crew merch, and a handful of others followed suit through the wet. By the start of the night’s run, I had counted 23 individuals, each of them surprisingly chipper under the downpour and, when it came to running in “Raincouver,” obviously vastly more experienced and committed than I.