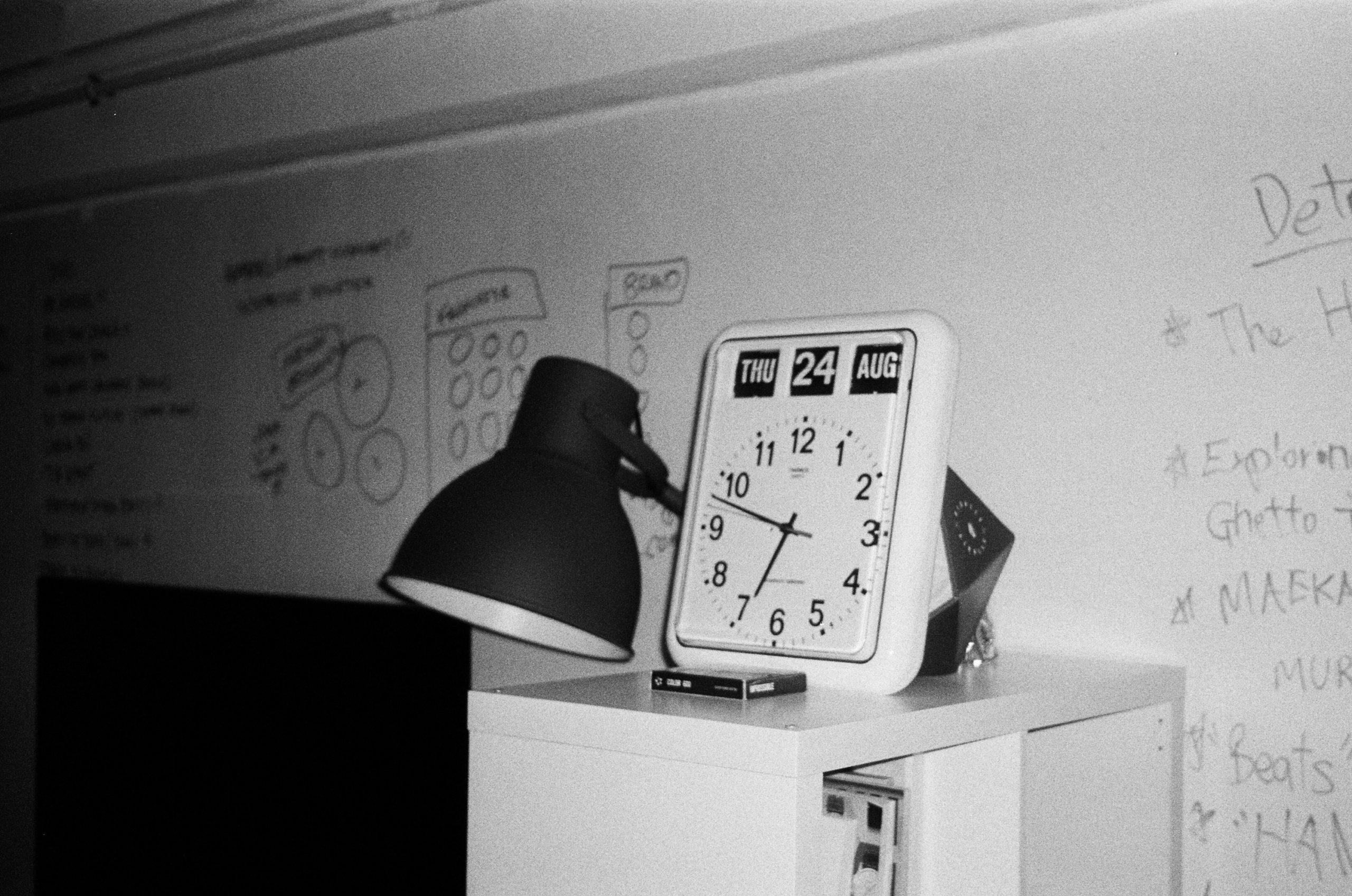 As I typed out the title of this Word document, I realized, “oh shit, it’s December, the end of the year.” Instead of spouting off at length about some random thought that emerged seconds ago (as is the case with my usual freestyle approach to the Editor’s Letter), I’ll entertain you with something everybody battles.

Time is something that seems to pass us by so slowly on a micro level. But on a macro level, you’re always wanting more of it and asking “where did it go?”

Our generation—and yes, please humor me, I’m RIGHT at the cusp of being a millennial—is meant to be intimately tied to immediacy. We want everything now. We want greatness now. We want money now. We want progression now. But what if the immediacy and the measuring stick of time could be pushed aside, not out of sight, but simply into the periphery.

I think looking back on everything over the past year, one thing I’ve doubled down on is the concept that whatever is the expectation and movement of the masses, to rethink how and why you choose to take part in it.

Sure, we could potentially devolve into a world of anarchy if we all became free, independent thinkers, but the reality is that most people are not willing to step into uncharted waters for fear of many things. It could be the absence of social validation, a concern for how failure looks on their CV, or simply a missing concrete plan.

When you enter a place without a full and defined roadmap, the concept of time changes. The expectations of progress change. How can you chart something against something that’s never been done before? You simply can’t arrive at a meaningful conclusion because the references don’t exist.

I’m extremely good at creating my own narratives to make the challenges and pain more tolerable. I don’t know if that’s right or wrong. As I’ve looked at the things around us, the things that harm us, that make us question what we’re doing and our paths of success—I’ve been precious with the idea of not letting somebody else’s narrative dictate my own path. This path has a strong hint of pragmatism. We at MAEKAN aren’t looking to redefine every single thing all at once, so much as establish a credible foundation that will allow various structures around us to be challenged. It means picking the appropriate battles, and iterating in untested ways guided by experience. Creating your own course means you set the pace and ultimately the rules.

Time in our youth seems to come in great abundance. For many, it’s yet to rear its ugly head as an antagonist in the game of life. But with a little imagination, time can go from being your arch nemesis to acting as that sidekick helping guide you forward.

Signing off for the month,