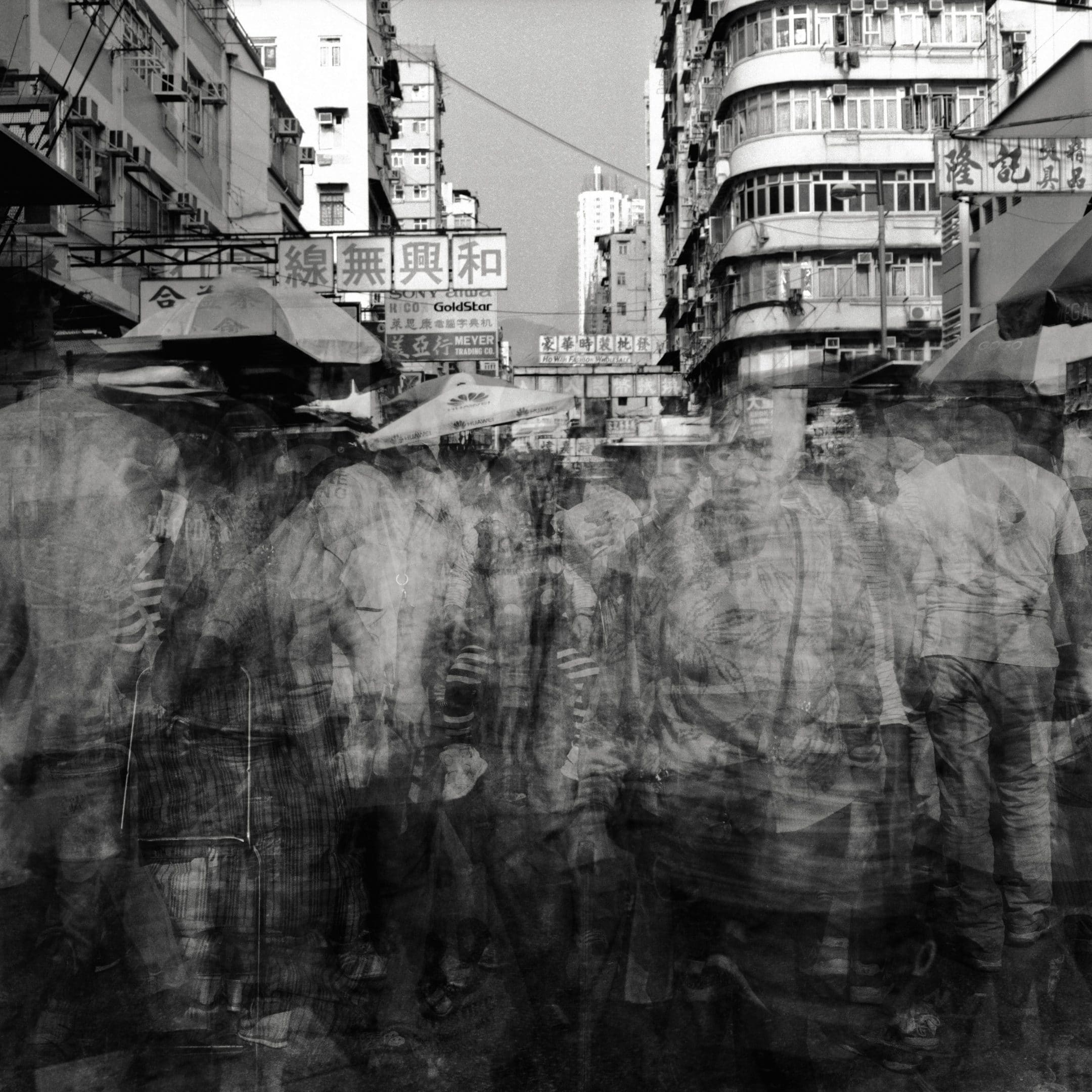 “To say life moves fast in a city is an understatement. People go through life in an uncompromising, chaotic pace, overcoming and absorbing anything in their path. Time in the city seem to flow quicker, memories in the city tend to fade away faster. Nothing seems to stand still in a city.”

Zhou HanShun is a Singapore-based photographic artist, printmaker and art director.  Having called several cities home throughout his career, he has used photography as a means to explore, investigate and document local cultures. His latest project “Frenetic City” is a recollection of several years spent in Hong Kong, one of Asia’s most densely populated cities—and one of the most restless.

What is “Frenetic City,” in a nutshell?

In a nutshell, Frenetic City was born out of my reaction to the tension and chaotic nature of a densely populated city like Hong Kong, where I moved to for work from 2014 to 2017.

When I first arrived and walked down the streets, I was overwhelmed by the pace of the pedestrians. If I happen to slow down or stop in the middle of the street, I would get a stare or occasionally a quick earful. Generally, I feel that the city itself has this energy to it—a never-ending energy, day-to-night.

How does Hong Kong compare to other cities you have a connection with?

When I first arrived, I was quite overwhelmed by the chaotic and stressful environment, especially the crowded streets. Compared to other cities, Hong Kong for me feels much more intense.

While Singapore is also a busy city, somehow or other, the pace of life here is somewhat less “hurried.” An example would be that I can easily sit at a cafe for an hour or two, while in Hong Kong, the bill would come as soon as I was almost done with my food. In general, I think Hong Kongers are trying really hard to make ends meet (given the astronomical price of property there).

How did you get started in photography?

My first contact with a camera was during my early teens, when I played with my father’s Minolta Super SRT. When I went on the art school, I chose to major in photography during my final year at Nanyang Academy of Fine Arts.

Are there recurring themes that you like to explore?What inspired you for this project?

The inspiration for this project is the city and its inhabitants—and for better or worse, the city’s bustling nature. I’m not sure if there are recurring themes in my projects, but I generally work on projects that allow me to explore and understand a city, society or community more. 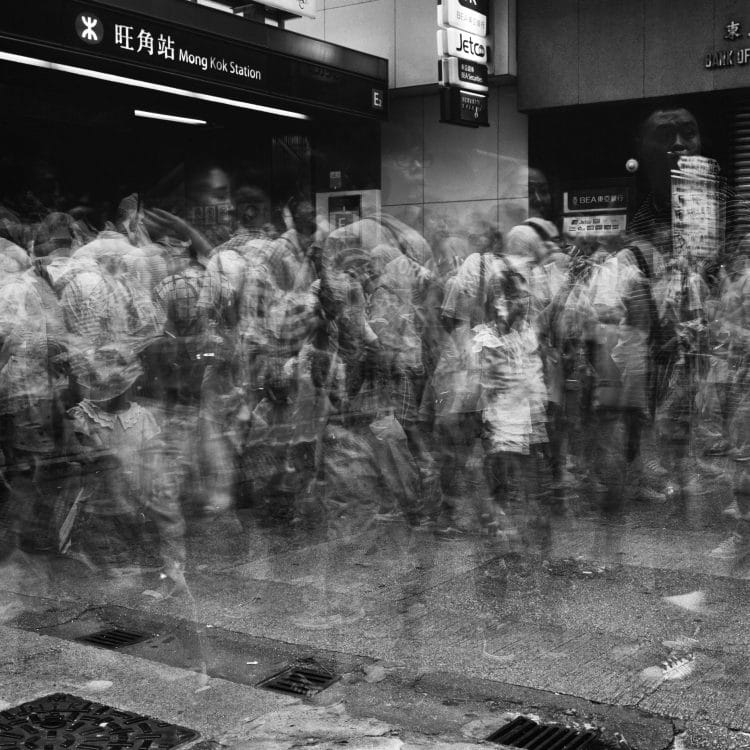 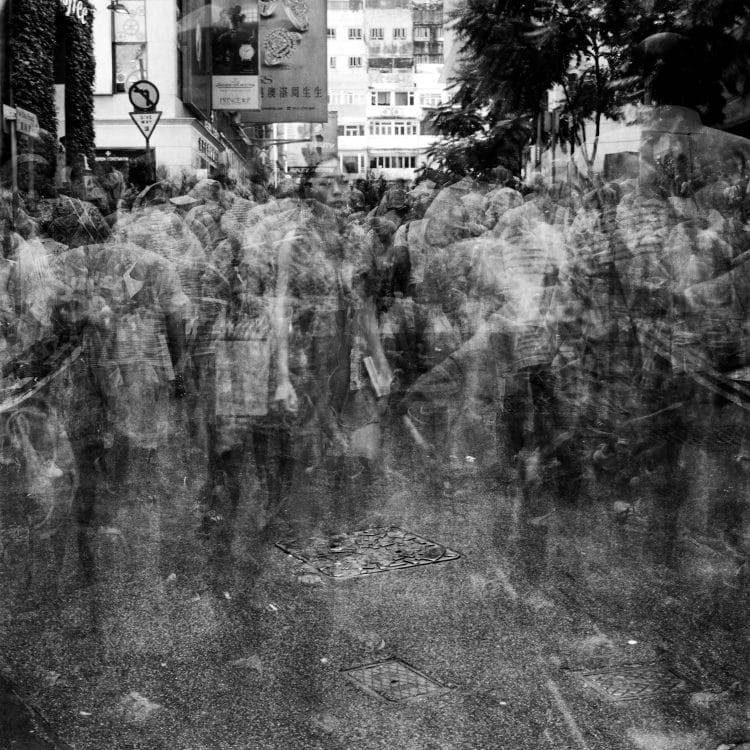 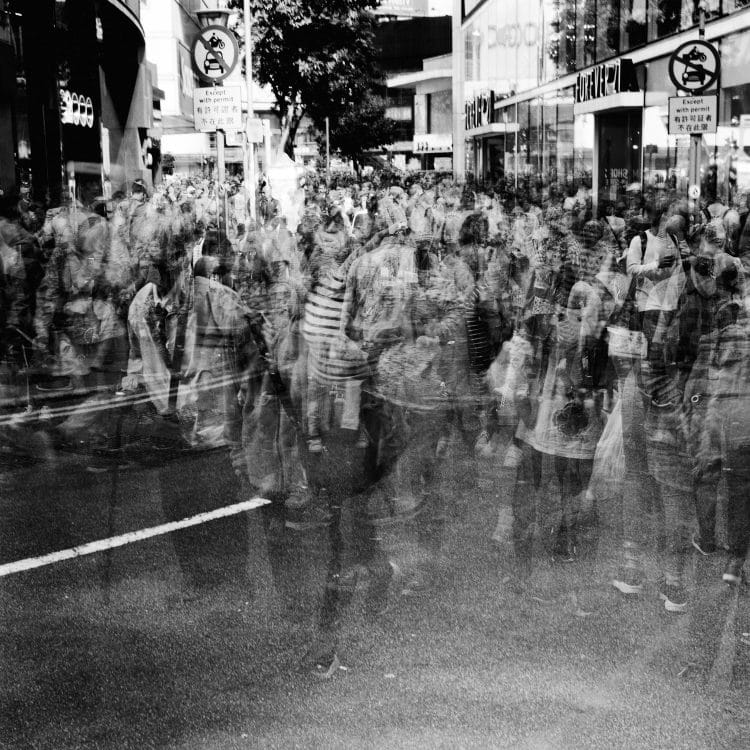 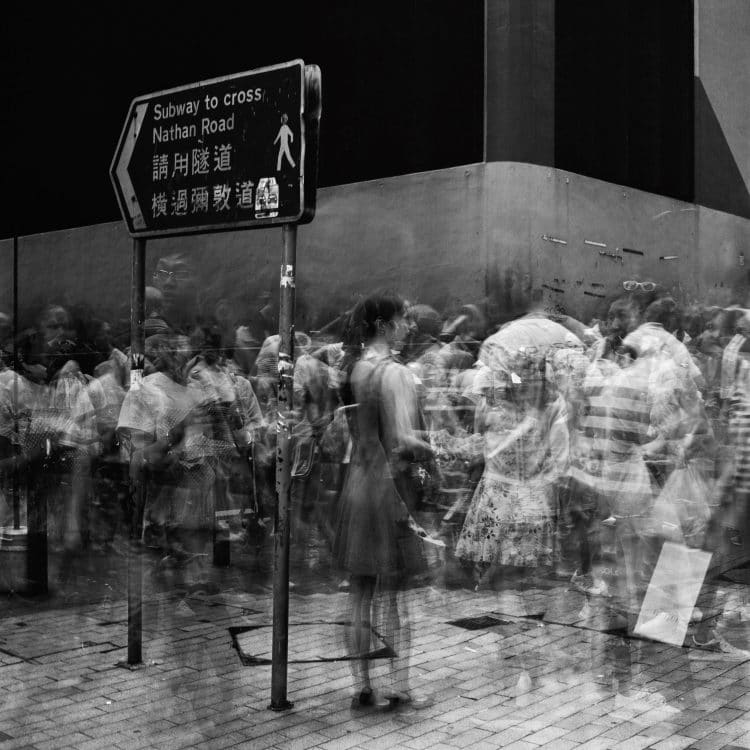 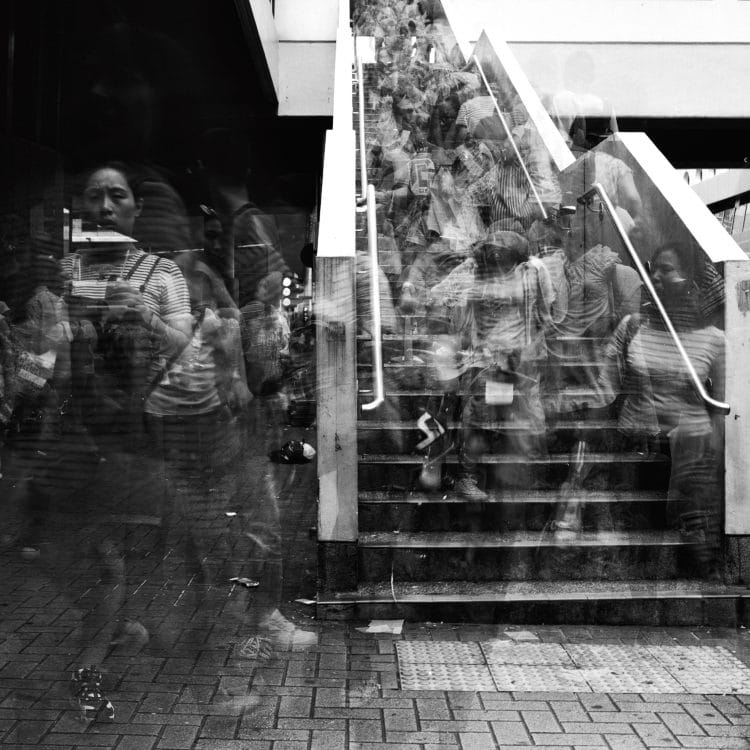 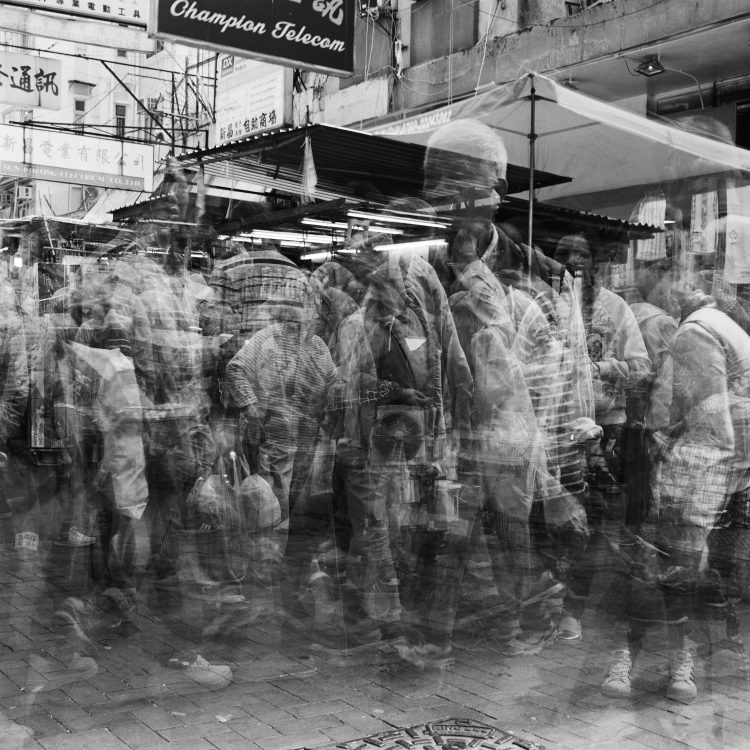 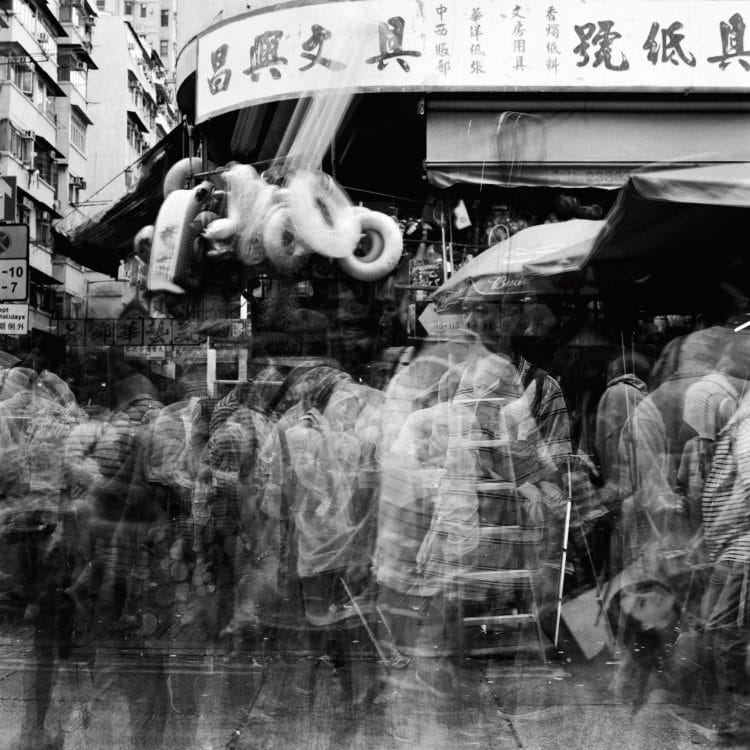 When I first arrived in Hong Kong, I was immediately confronted by a society that is in fierce competition for physical and mental space.

Could you share a bit about the technical considerations for realizing this project?

Through the viewfinder of an old Hasselblad, I created each photograph by overlapping selected individuals or groups of people within the 6 x 6 frame.   The photographs in this project were created with multiple exposures on B&W negatives of Kodak T-Max 100.

Each photograph required me to be fixed at a specific location from between 5 to 7 hours per session depending on the weather, light, and also the people in the scene.

I tried to shoot 1 roll of film, which is 12 frames, at each location. Each frame ranges from about 10 up to sometimes 50 exposures, so it takes a lot of time just to complete 1 frame because I have to take into account which person or people I want in the frame.

That said, when I am shooting, I hardly notice the time, until the sun is about the set or the light is fading.

Are there other creative pursuits that influenced you as a photographer?

I used to work full-time in the creative industry as an Creative/Art Director. So in a way, that influences how I compose and create photographs, sometimes.

Apart from that, I love to visit museums and art galleries and also look at other genres of photography, like documentary, still-life, landscape, etc.  Before my serious dive into photography, I also did a bit of print-making.

Could you tell us a bit about your photo book project?

I am currently crowd-funding on Indiegogo. It’s similar to Kickstarter, but because there is a lot of photo book projects already on that platform at any given time, it’s tough. Indiegogo has slightly “less” competition, I guess. Publishing a good quality photo book is extremely costly, so crowdfunding platforms like Indiegogo and Kickstarter are a great help if the funding goal is met. It’s not easy.

To see more of Han’s work, check out his website as well as his Instagram. To support his project on Indiegogo, head here.