Art
Takashi Murakami’s solo exhibition “MURAKAMI vs MURAKAMI” was the mark of one of the Japanese artist’s most comprehensive shows to date. Housed within Hong Kong’s Tai Kwun, an art and cultural space repurposed from the buildings of a former prison, the Japanese pop art icon’s works suggested his ability to foresee many worlds ahead of the masses. We peered into his thought process and mind after sitting down with Murakami himself and Tai Kwun’s Head of Arts, Tobias Berger, who shed light on the artist and the significance of the show.
Stepping into the massive Chaos, Flower and Golden Rooms, we were taken through the key themes of his work, all of them spiritually united by Murakami via fantastical characters such as Tan Tan Bo, Gero Tan and his alter ego Mr. DOB. Through this uniting presence, he invites us to always see beyond just the flashy, the color and the pop and see the darker contexts hidden behind those layers.
In addition to the three massive themed rooms is the “Bacon Room,” a tribute to British figurative painter Francis Bacon. The work of Bacon greatly influenced and inspired Murakami, who many don’t know has an extensive formal art background. It’s easy to get lost in the spectacle and see only the neon colors and deformed characters you’d expect of an anime-inspired trip—and his marked affection for that medium certainly remains—but lest we forget that the man has a PhD in Japanese painting. This academic backing figures heavily in his references to traditional Japanese and Chinese mythology as well as Eastern religion and classical art.
The massive wall-to-wall flooring and wall-to-ceiling paintings encapsulating the largest rooms are a level of scale that leaves you in awe. But our time together with Murakami offered a rare glimpse of not just the Takashi Murakami the character—he created unique mannequins of himself to show off each themed costume he makes for every gallery exhibition opening—but also the work behind the artist through his old sketches from his time as an aspiring animator and his Excuse paintings, which detail his personal thoughts behind his work.
If you’re in Hong Kong between June 1 to September 1, check it out for yourself at Tai Kwun.

“There’s a commercial image of Takashi Murakami as an enormously successful artist, but there’s also somebody deeply rooted in Japanese art history and trying to re-invent the idea of what is Japanese art. What’s this idea of Superflat? So, for every opening he has at the galleries but also at the museum, he basically invents a new costume which is connected to the theme of the exhibition. And we for the first time have asked him if he would be willing to exhibit these never-before-seen costumes. Where they were never shown or seen as artworks before, we really see them as artworks as part of his practice.”

“He collects antique furniture, hammocks, a lot of different antique, modern design, but he is also one the most important contemporary art collectors and I think through that collection you can really see a lot of things that triggered him. A lot of ideas and techniques have influenced Takashi Murakami, and that was why it was important to us to show part of that collection.” 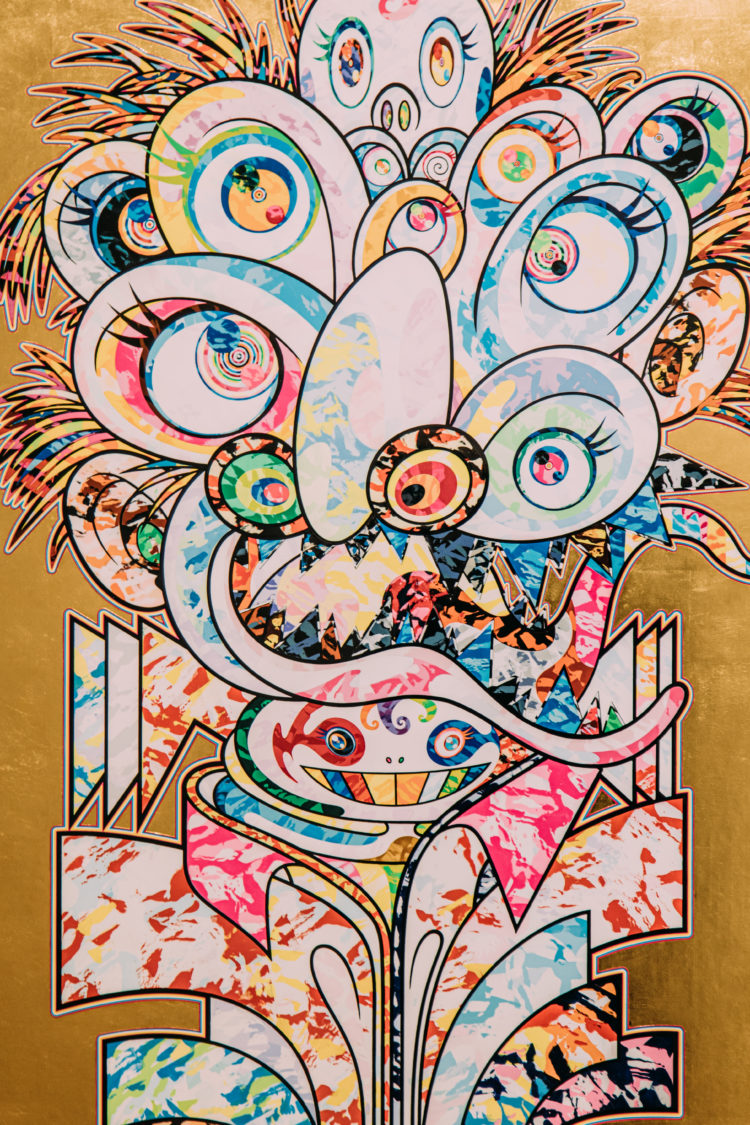 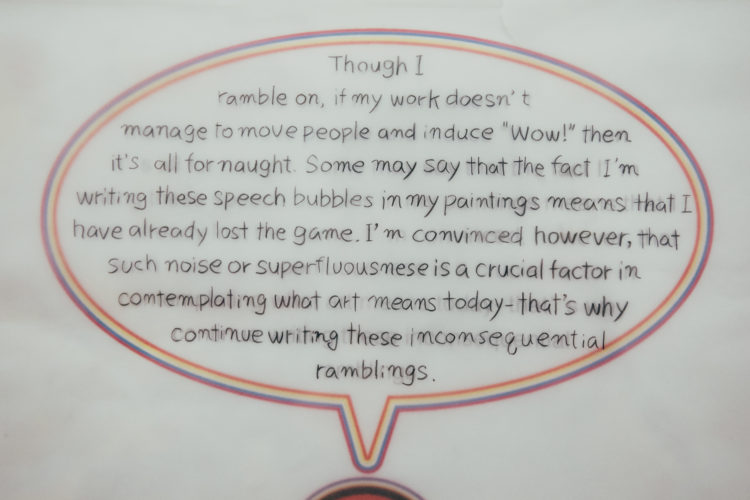 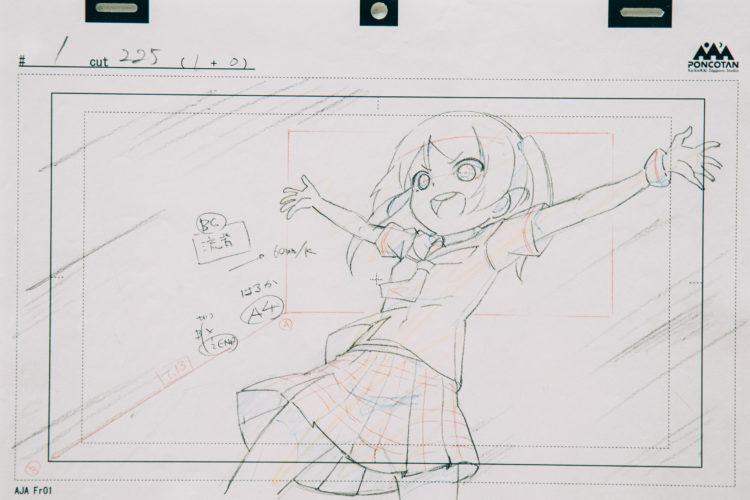 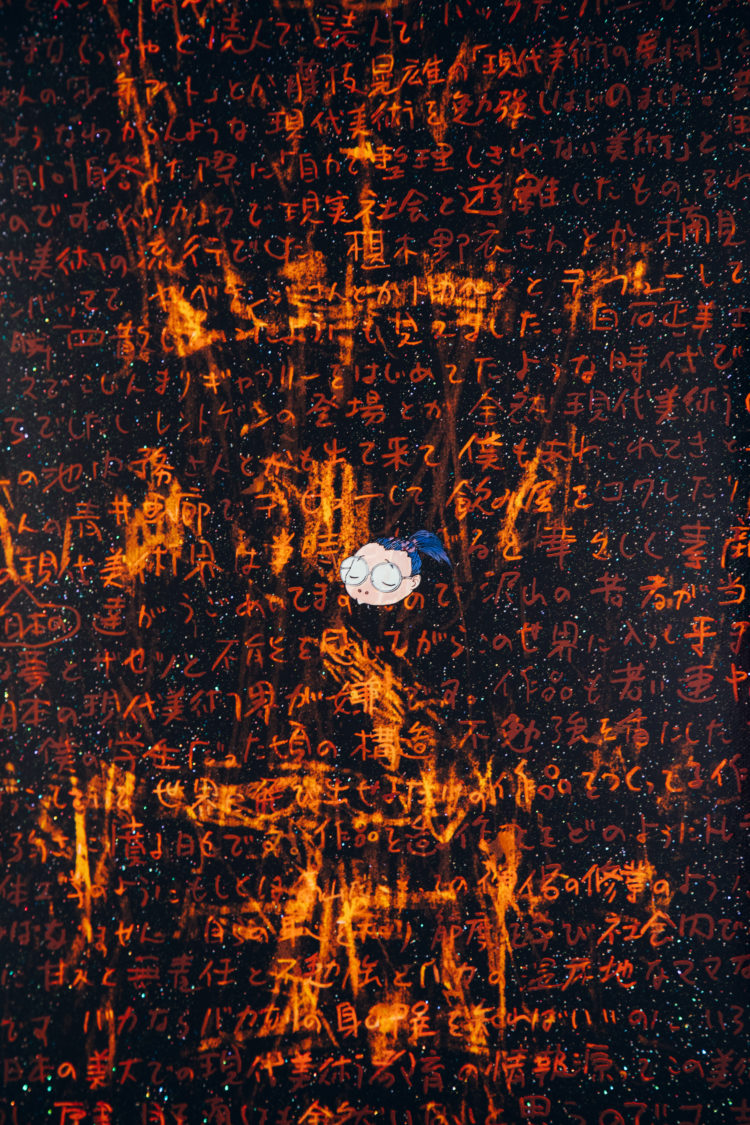 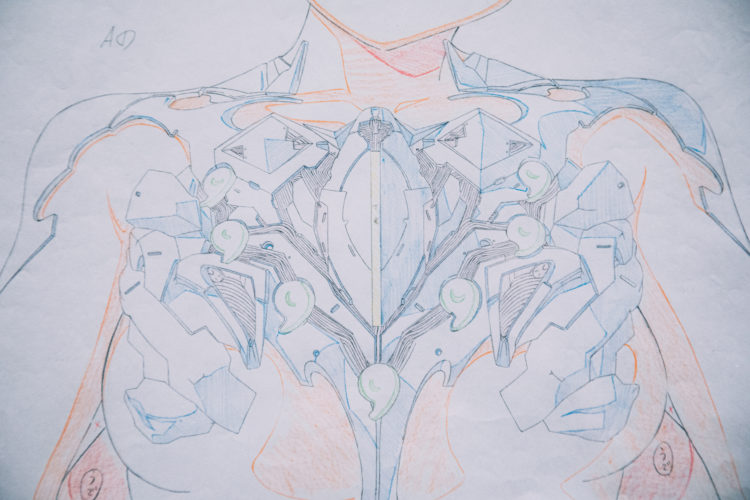 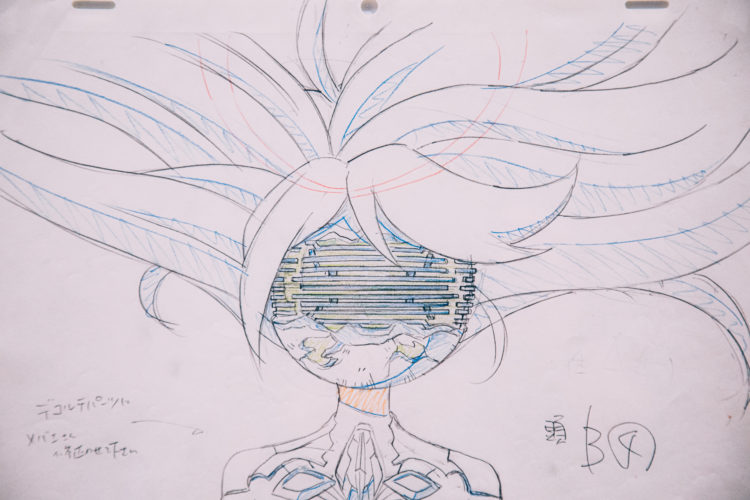 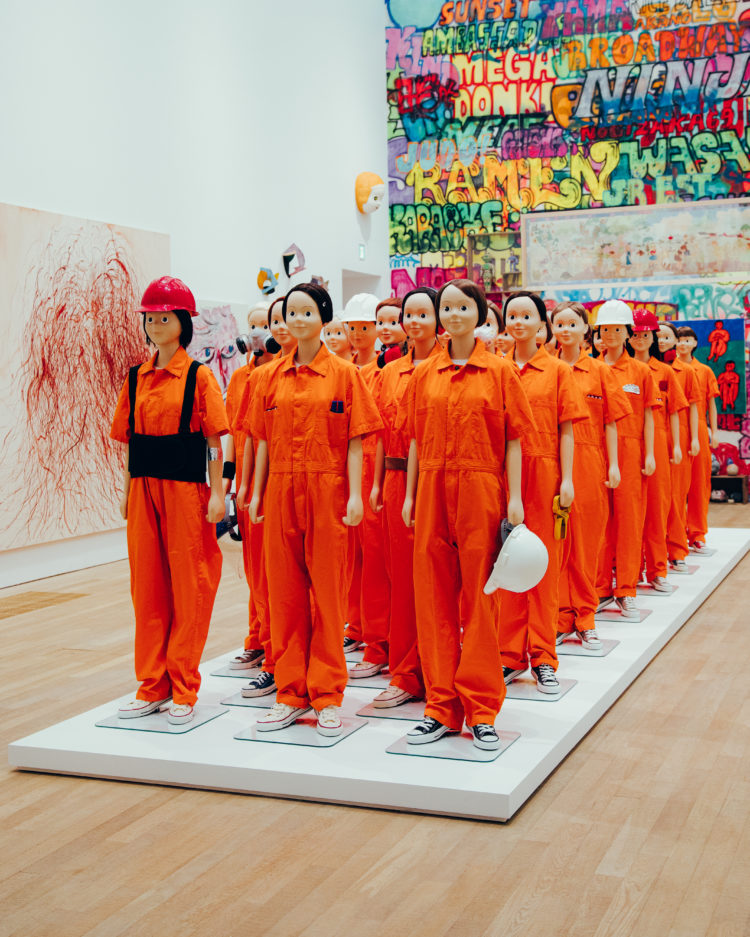 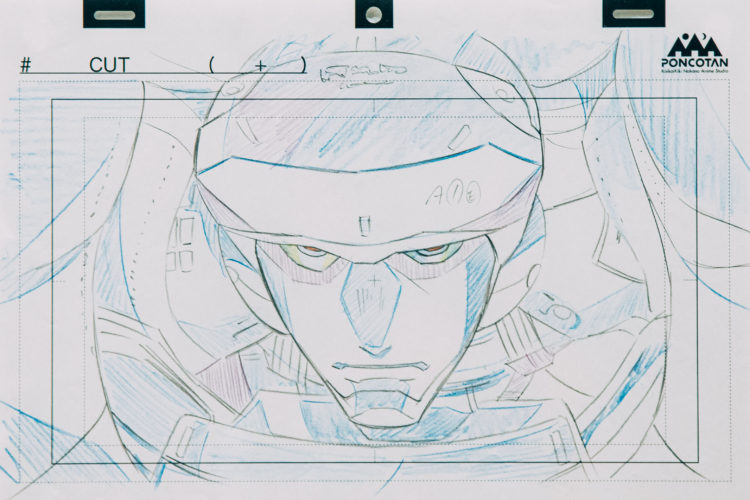 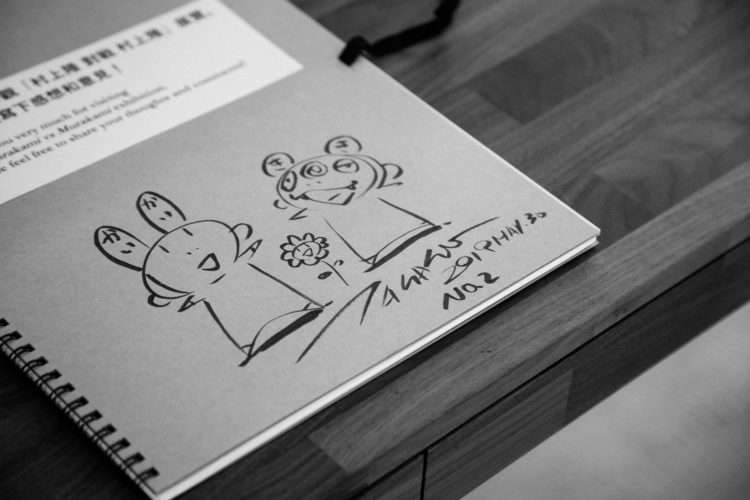 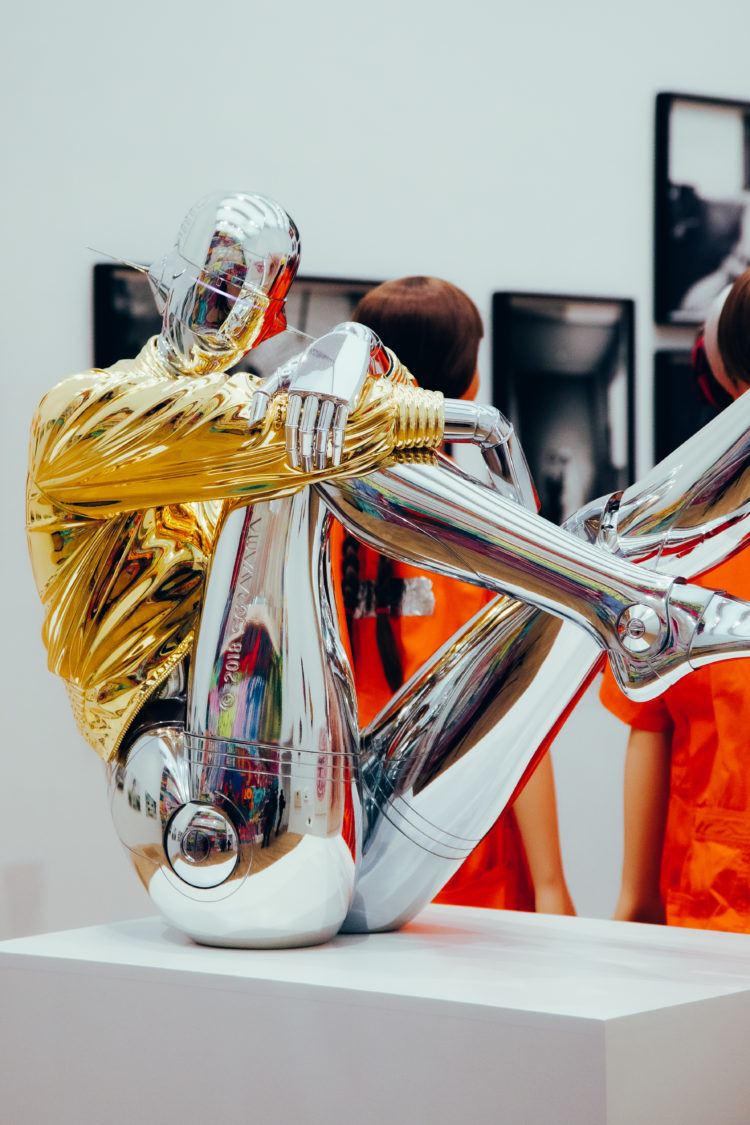 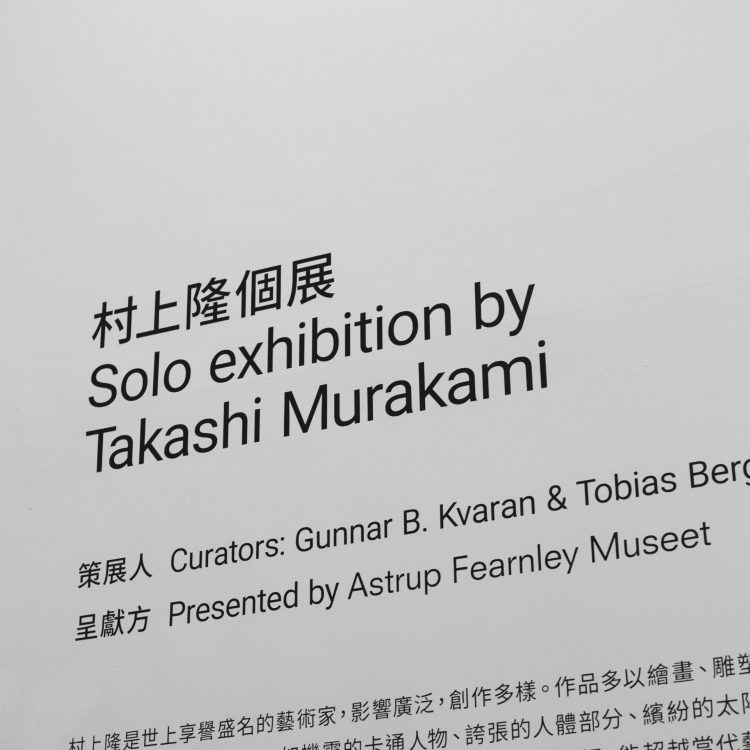 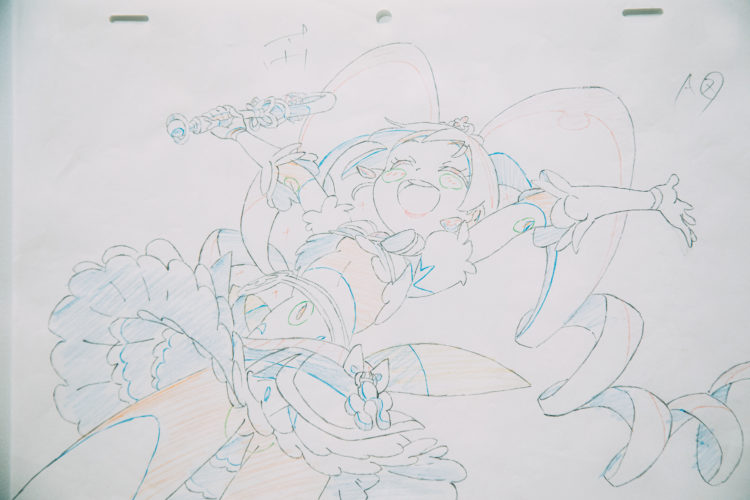 “If you read the texts he wrote next to the flowers, [Murakami] says, ‘look beyond the flowers because there’s another context.’ And he spells that out in some of his Excuse Paintings. […] It’s always that contradiction between the flowers and the dark.”

“The canvas is about 50 meters long and 7 meters high. It is all hand-painted and it was for him a huge new task to do such a big hand-painted canvas for an exhibition which really is the backdrop of the whole exhibition, but especially that (Chaos) room, which is centered around a huge new sculpture called ‘Birth Cry of the Universe.’

It’s a golden sculpture that Takashi Murakami has worked on for 12 years and it is actually shown for the first time here at Tai Kwun contemporary and we are immensely proud that it’s seen here for the first time.”

“I think the entire Golden Room is now almost a meditative experience. It looks somewhere between a teahouse and a temple; a place to come together in a way we maybe did not anticipate in the beginning. […] I remember when we first showed Takashi Murakami the Tai Kwun and Tai Kwun Contemporary space, he had the idea of bringing together heritage and the contemporary and having that executed in the most perfect quality.“
— Tobias Berger
You're good to go
Not a member? Sign Up
Play Pause
Context—
Loading...