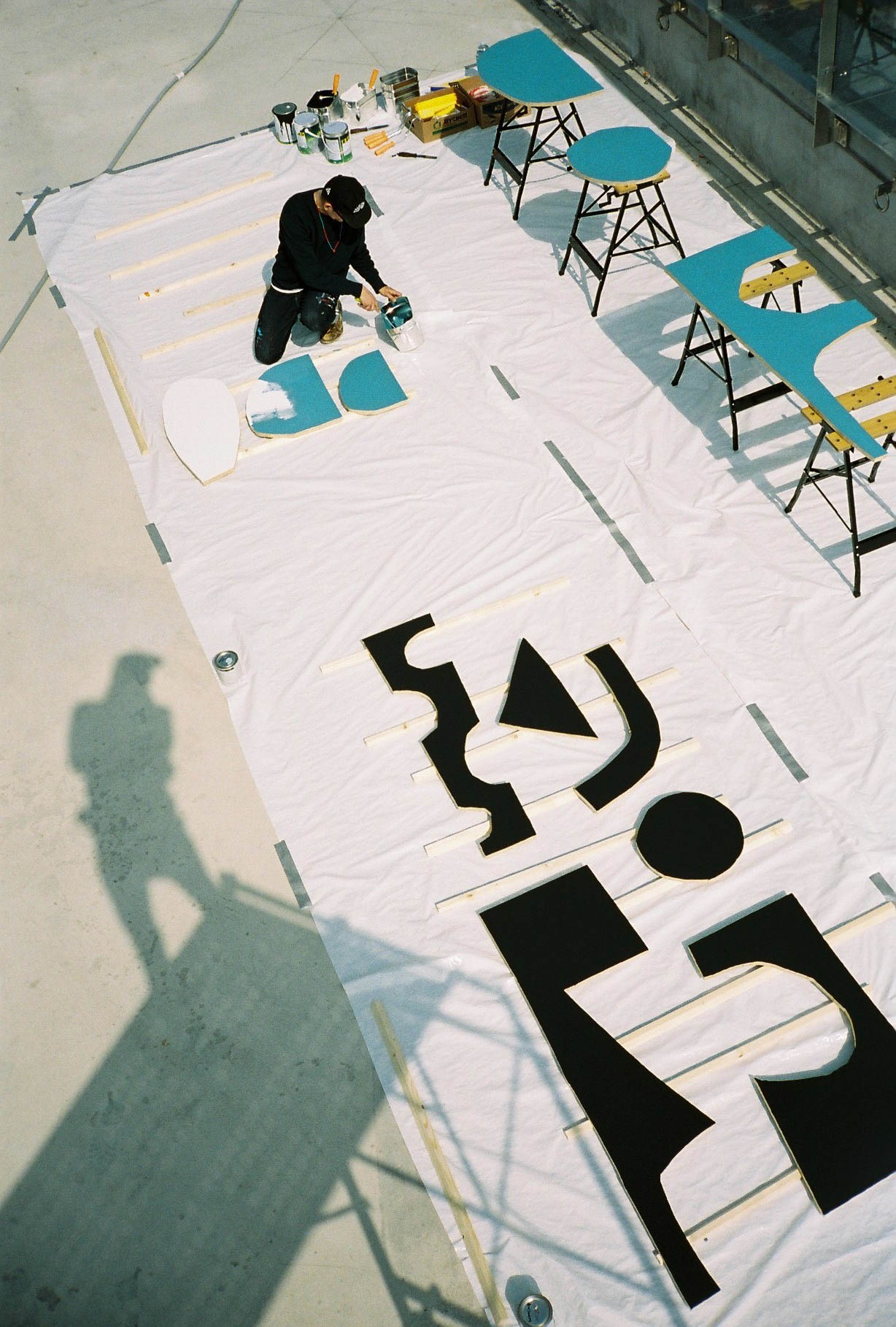 Cody Hudson is a mutual friend that has become in many ways, the artist who’s everybody’s friend. It’s hard not to like the soft-spoken artist based in Chicago. He carries himself with this outward calm that frankly puts you at ease. His work itself feels intimately connected with himself as an individual. It’s about putting something out and not getting caught up in the details. His process is both liberating and calming despite the loose lines.

Cody’s path has often been guided by curiosity. It’s been his passion to learn and take on new experiences that have served as his guiding principles towards life.

We caught Cody in Seoul, as he was putting together some work for the opening of RYSE Hotel, a new hotel in Hongdae which aims to bring a unique creative experience to Korea.

If you ever find yourself in town, stop in for a night within our MAEKAN Suite.

I've tended to work in a more casual, slacker kind of way. I've felt I've just wanted to do what I want to do and hopefully that gets me somewhere...

I really love the art world, I'm a part of it, but because I do all these things I'm not fully embraced by academic circles. It's weird everybody wants to make you one thing or another.

There's definitely a validation if you sell out a show. There are so many times when you do something, 'this is exactly how I want it to be.' If it doesn't sell it doesn't change the way I think.