When the Toronto Raptors bested the Golden State Warriors in Game 6 of the NBA Championships, they went down in history to become the first Canadian NBA team (and currently only such team) to win basketball’s greatest award.

The celebrations that followed marked the occasion, but also highlighted the loyal, passionate and diverse fanbase that gathered behind the Raptors. Photographer and Torontonian Dhani Oks was there to capture a few moments from the party that filled the streets.

The long-time documentarian provided us an impassioned perspective on why this victory means so much to both Toronto and Canada at a time where divisiveness runs rampant. 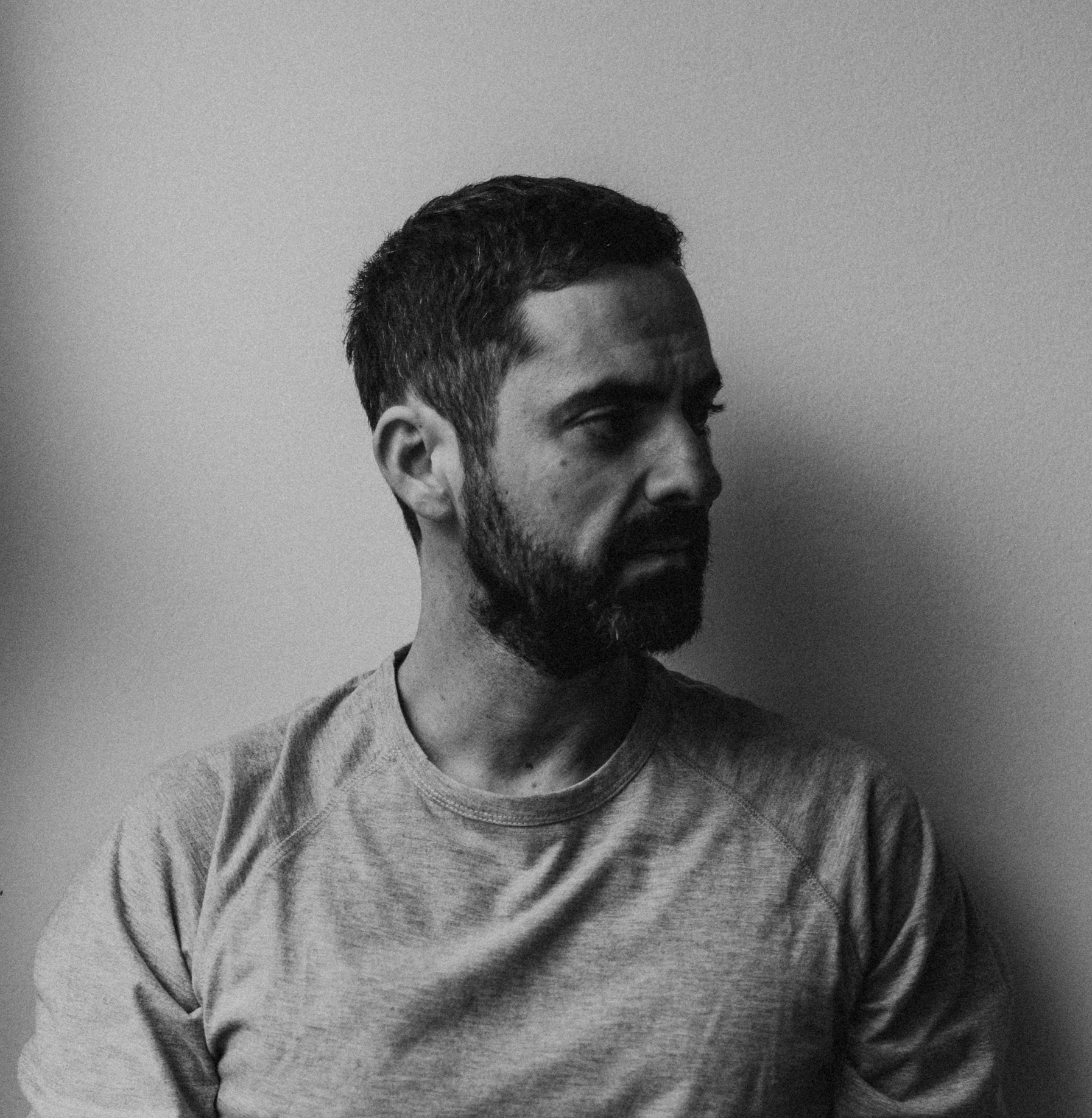 A few years ago, I opened a gym without a lot of experience or money. Running a small business is tough, and I had to do a lot of things myself because I couldn’t afford to hire people to do it for me.

I wanted to tell the transformational stories of my community members which were fascinating and inspirational, so I started podcasting, writing, shooting video daily. One thing led to another and I started working with Vice in Toronto and Brooklyn and eventually found myself focusing more on photography and visual storytelling as a passion and profession.

Whether it was coaching athletes, shooting video or taking pictures, I’ve always been interested in the transcendent journey of individuals, community and culture. It’s what I focus on today in my work.

What’s been particularly interesting to you over the course of this NBA season and the Raptors?
Toronto and Canada are always trying to prove they matter to Americans. We have something special here. We work hard, we accept others for who they are and we lean on each other. The Raptors success put the spotlight on our values as a team, city, and country. 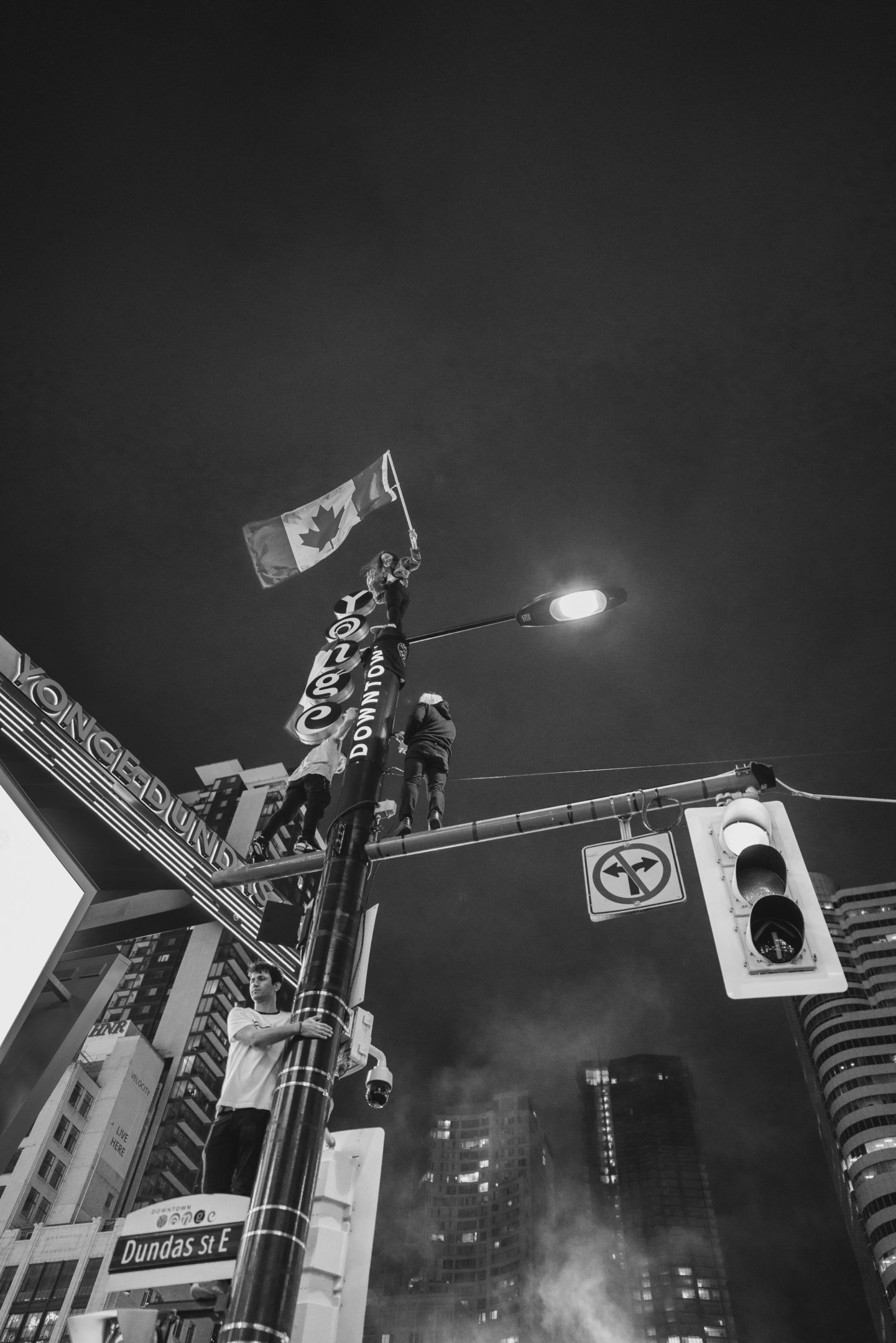 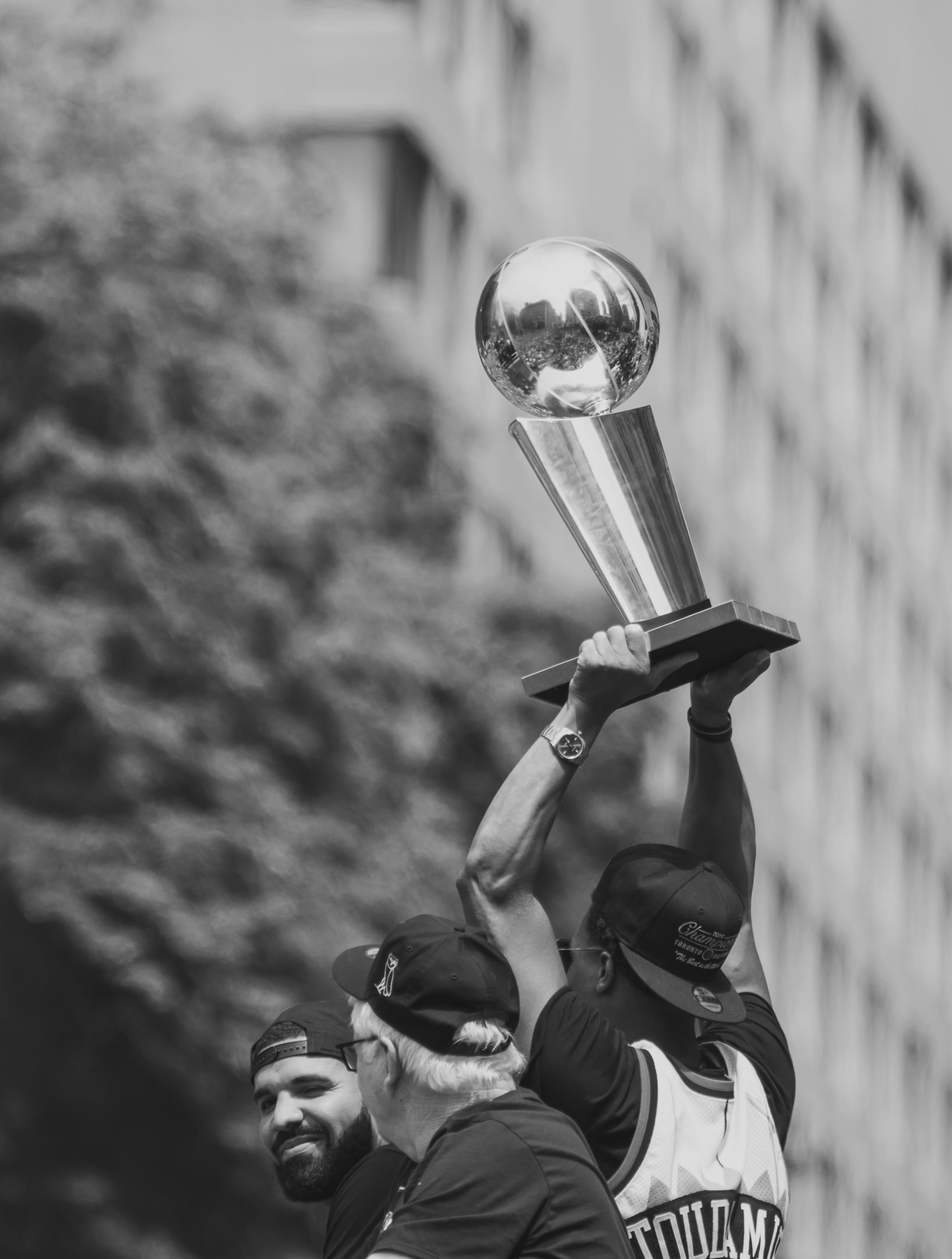 Looking back on the entirety of the NBA season that culminated in a Raptor’s win, what do you think this brought to the city of Toronto and Canada, beyond just basketball?
Toronto is a talented city with a collaborative nature. After Kawhi made the now legendary buzzer-beating shot against the Philadelphia 76ers in round 2, the city exploded with creative energy. Photography, art, murals, t-shirts and dope commercials sprang up almost instantly depicting the moment as if it was a religious event. 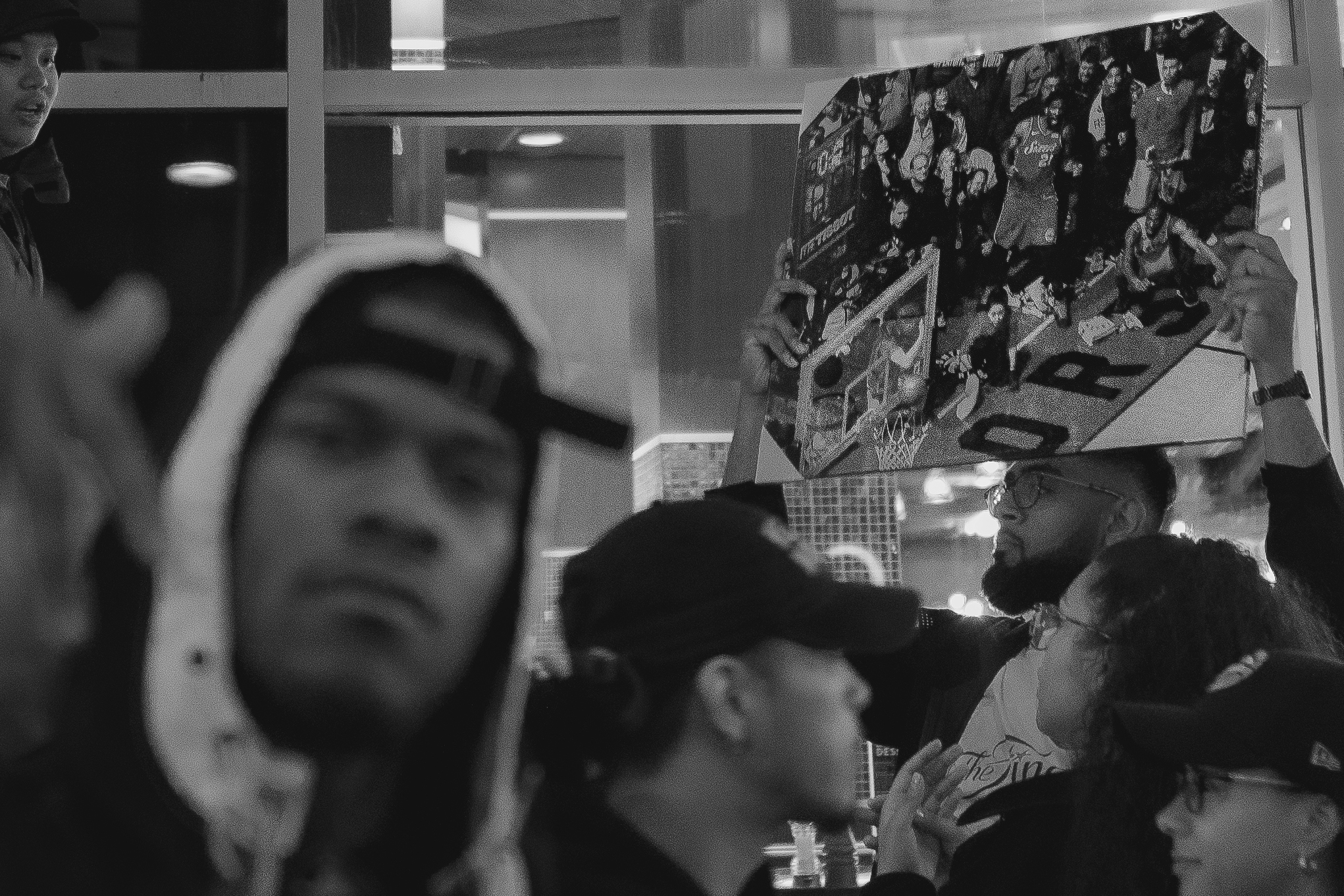 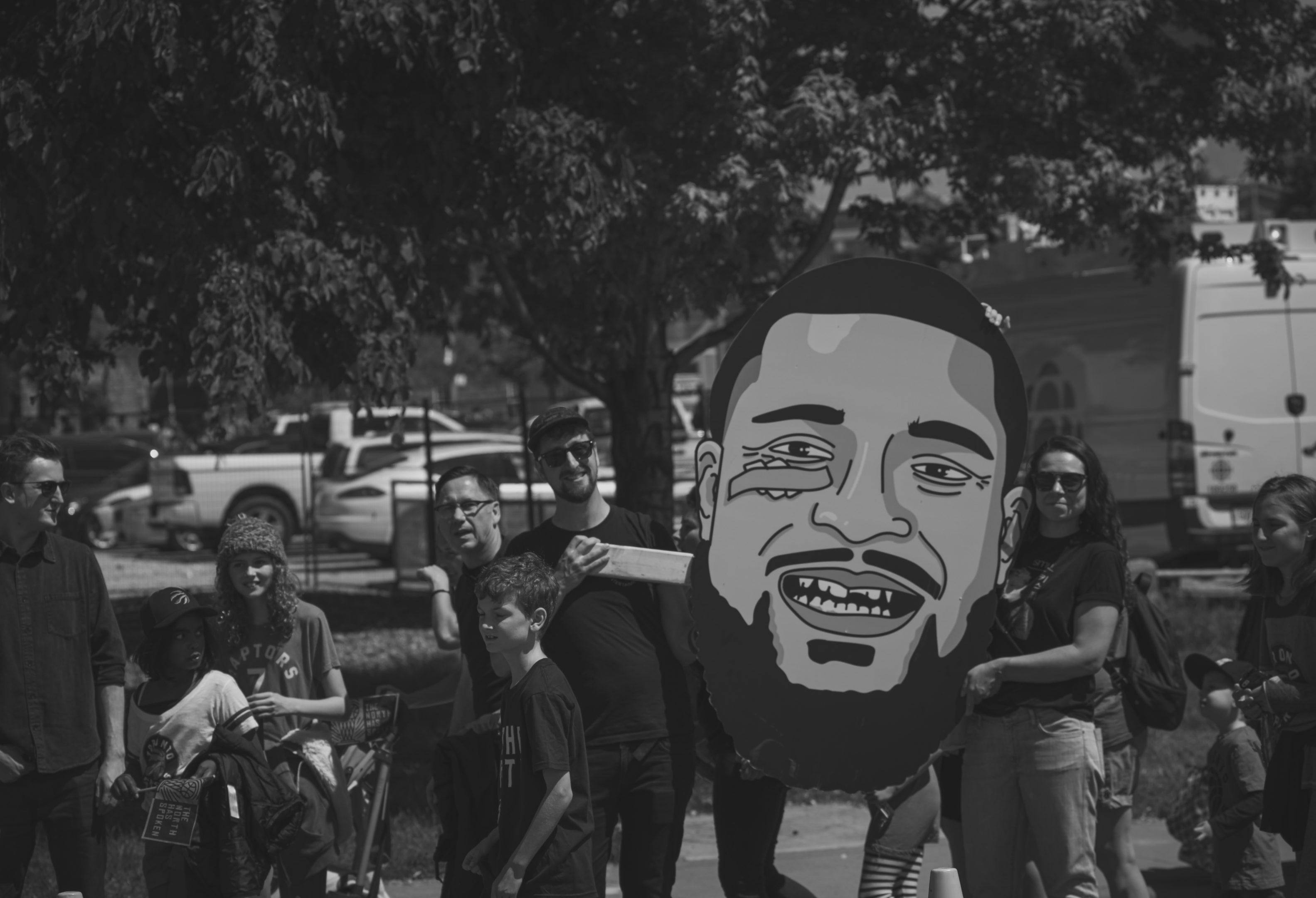 In a previous conversation, you mentioned that this type of championship victory under the circumstances was particularly special. What are your exact thoughts?
We’ve been on the receiving end of so many losing moments in our collective sports history.  Our teams have blown big leads and choked when it mattered most. We have a feeling in this city that something will eventually go wrong.

But this time the ball finally bounced our way and it lifted this negative psychic weight from our shoulders. 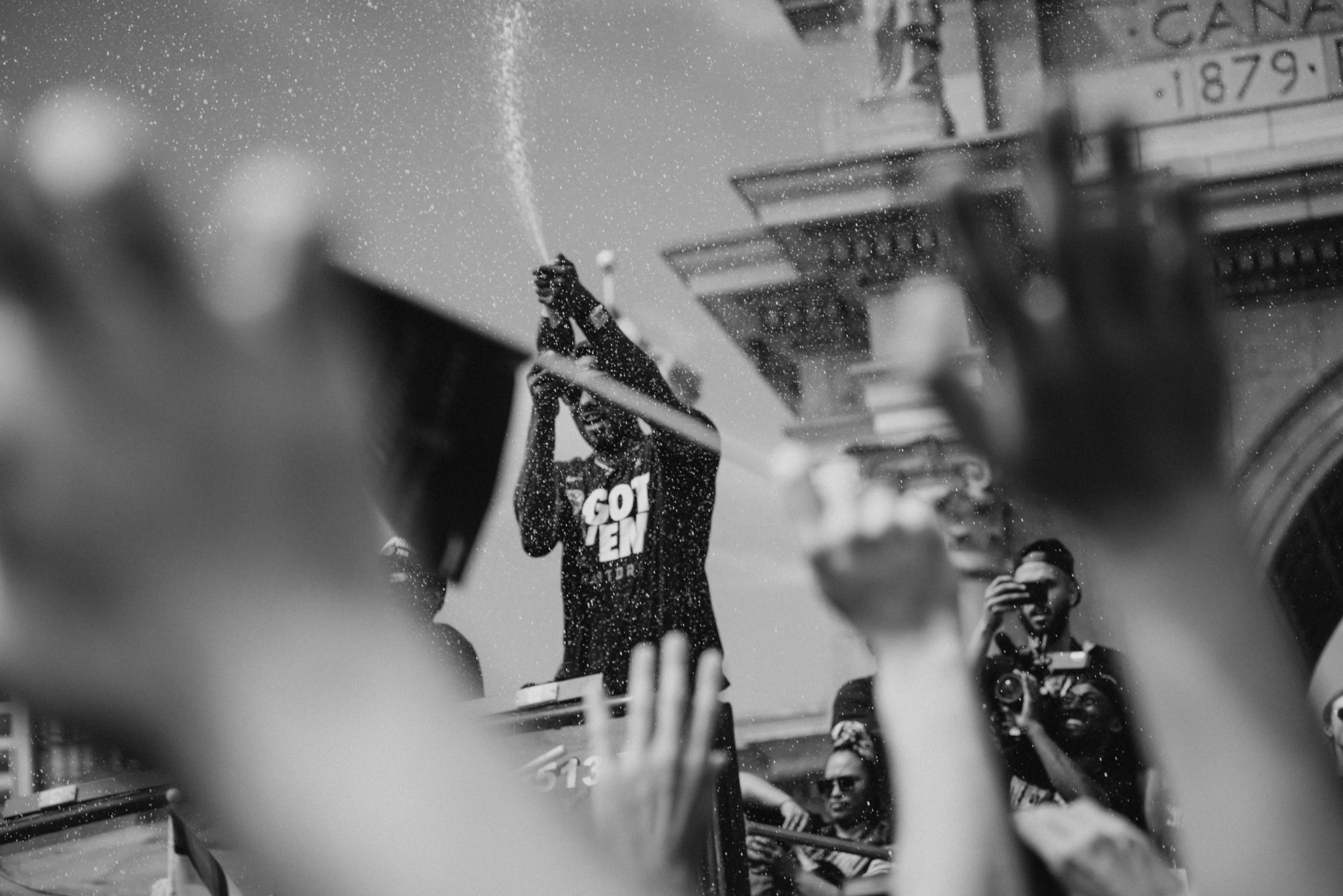 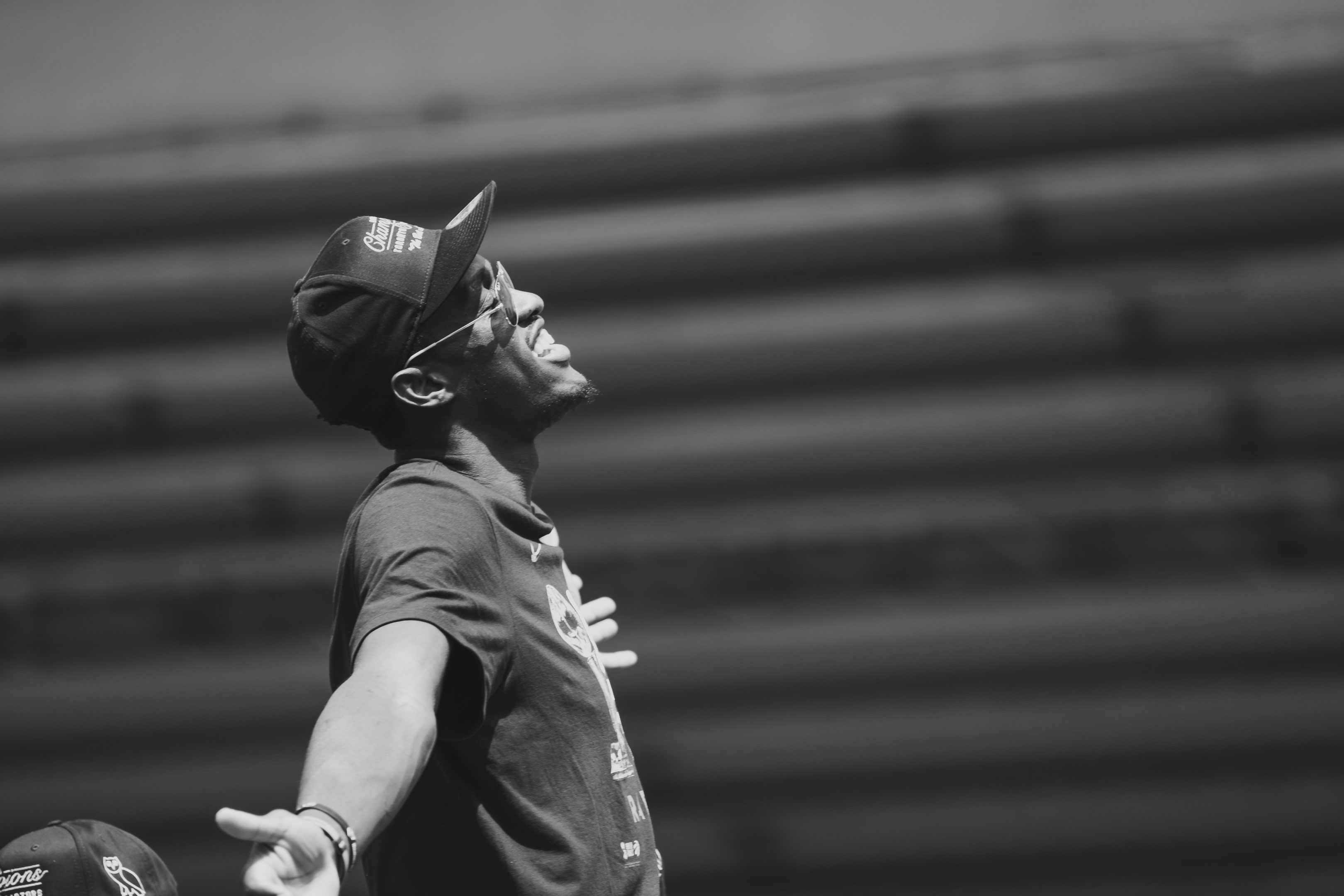 Amidst national pride being co-opted by divisive politics including extreme nationalism, can sport actually play a different type of role?
Toronto is the most multicultural city and the Raptors are the most diverse team in the NBA.

When the Raps clinched the titled, I grabbed my camera and headed down to join the rest of the city pouring into the downtown. I knew I wanted to tell the story of the city, which I think is a model for the rest of the world, especially given the anti-immigrant sentiment that is happening south of the border and in Europe. As an immigrant to Canada myself with a family history of persecution, it was important to document this.

My pictures from that night, capture people from all walks of life, from every nationality and religion dancing, high-fiving, hugging and lifting each other up on bus shelters and garbage trucks.  I’ve never felt more kinship and joy shared with complete strangers. I couldn’t help but think that this is what it should be like all the time. It was a small window into our potential as humans. Sports has the ability to show us who we can be. 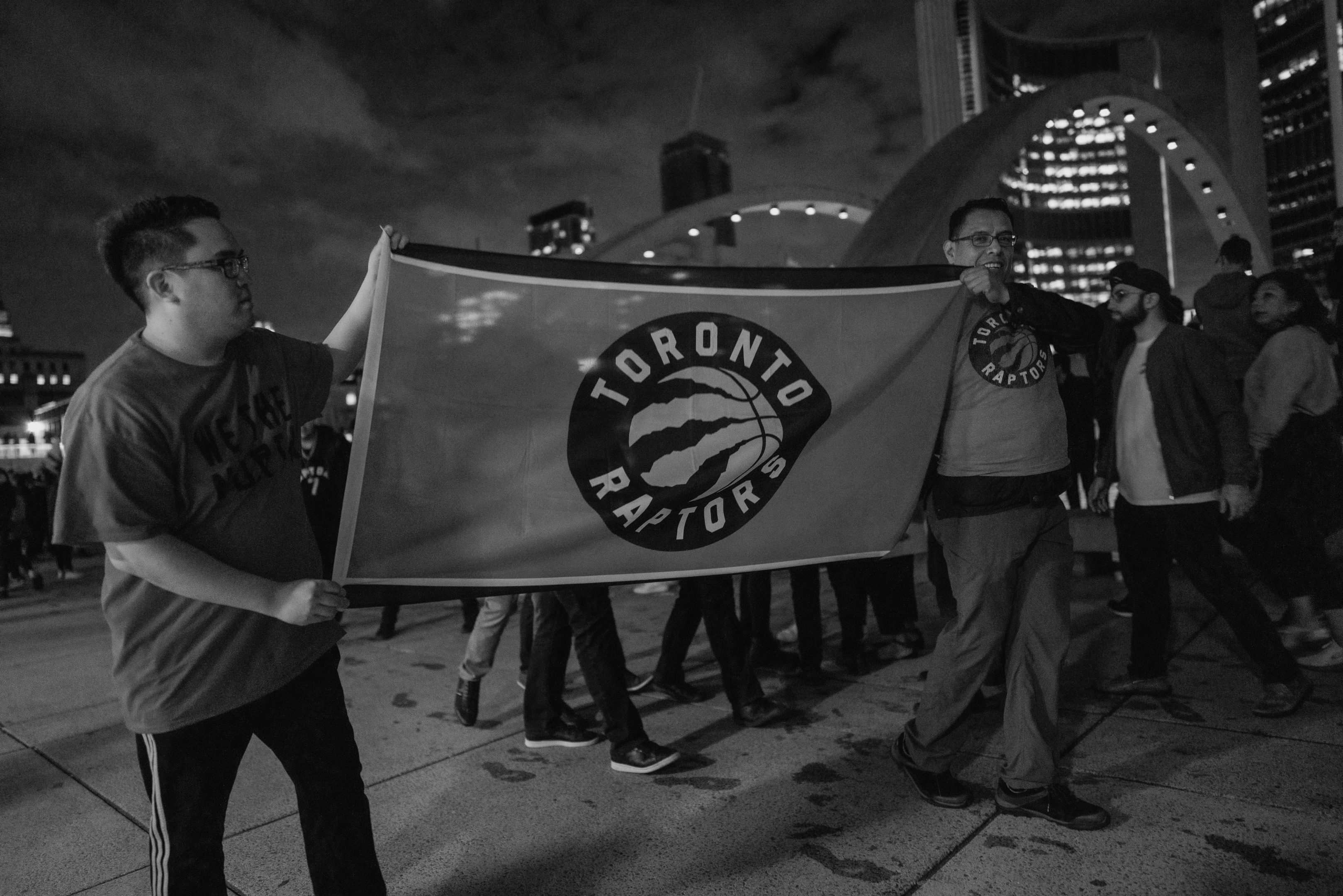 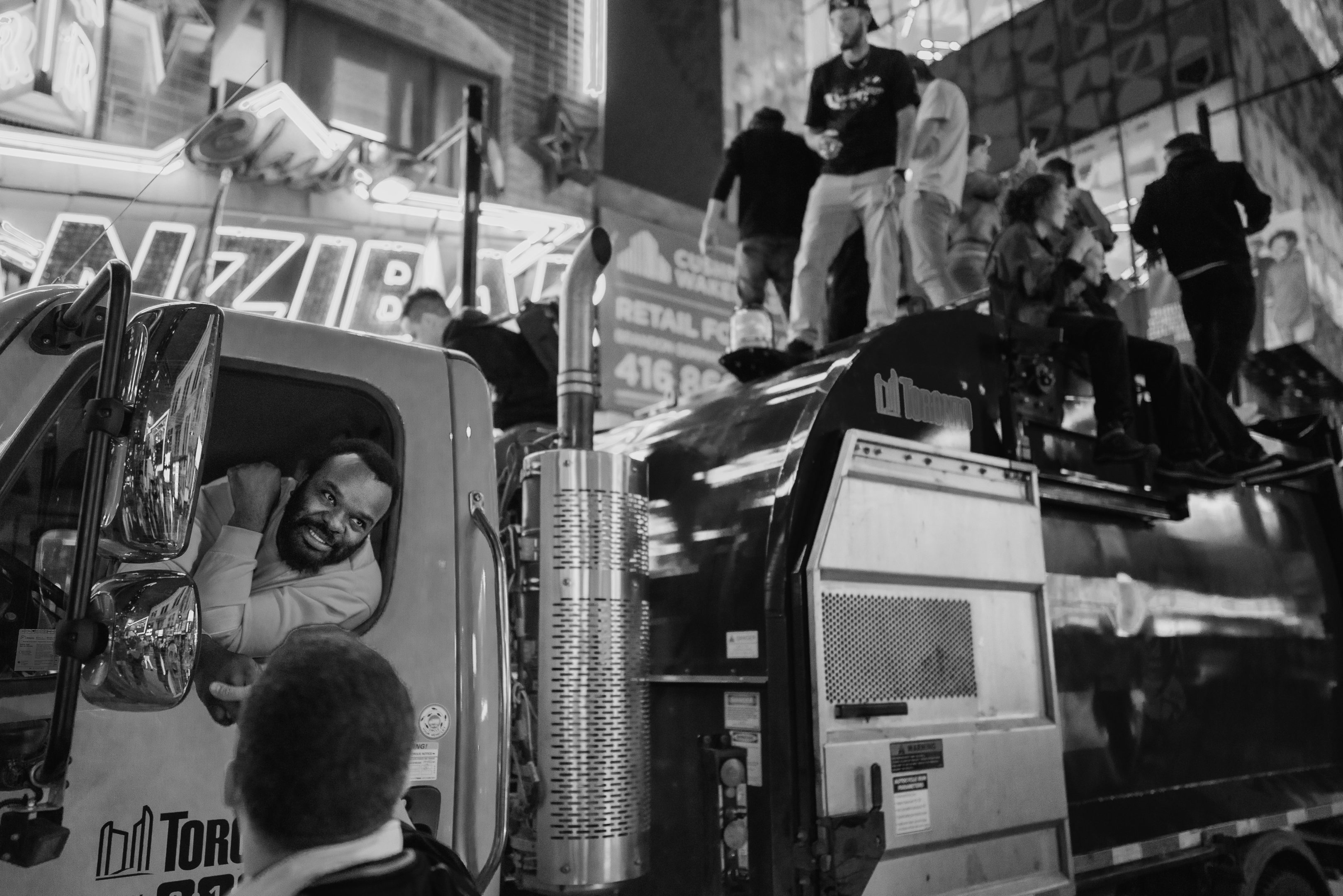 At what rate does the multiculturalism seen on camera with the Raptors celebrations open up a new chapter? Or will things return to a previous normal?
Toronto sports landscape was forever dominated by hockey, which is very culturally homogenous and an expensive sport to participate in.

Basketball is very accessible. And over the years, as more immigrants, like myself, moved to Toronto, we adopted basketball over hockey for practical and cultural reasons. As the demographics of the city and country continue to shift, basketball is taking more and more of hockey’s cultural market share and making sport and play more exciting and accessible.

The other day, a city worker was caught on camera removing a basketball net from a public park which sparked a huge uproar on social media. Five years ago, no one would have cared.

More kids, of all shapes sizes and colors, will be playing basketball together on public courts because of the Raptors win. More Canadian kids will play basketball and more Canadian’s will be drafted into the NBA. 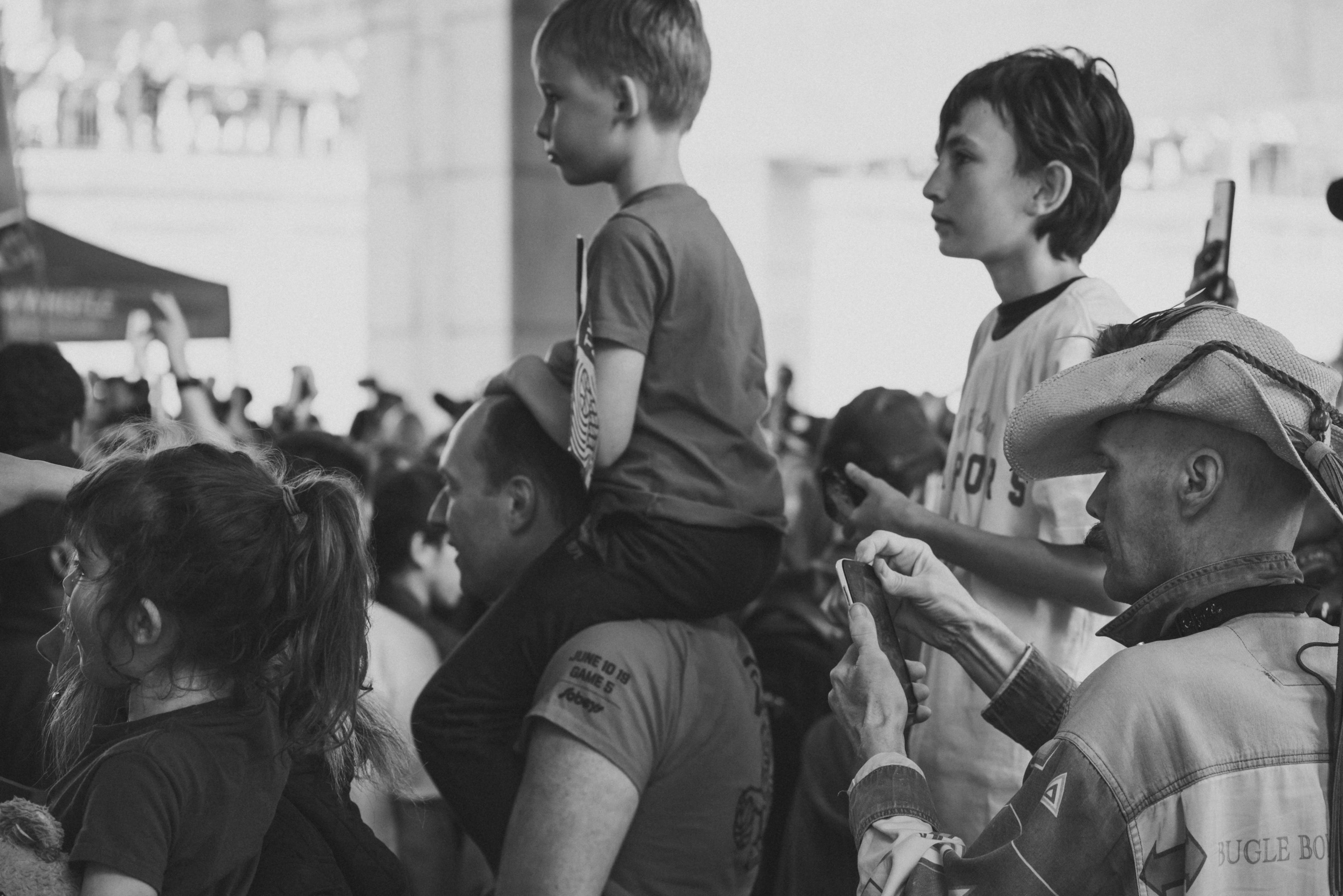 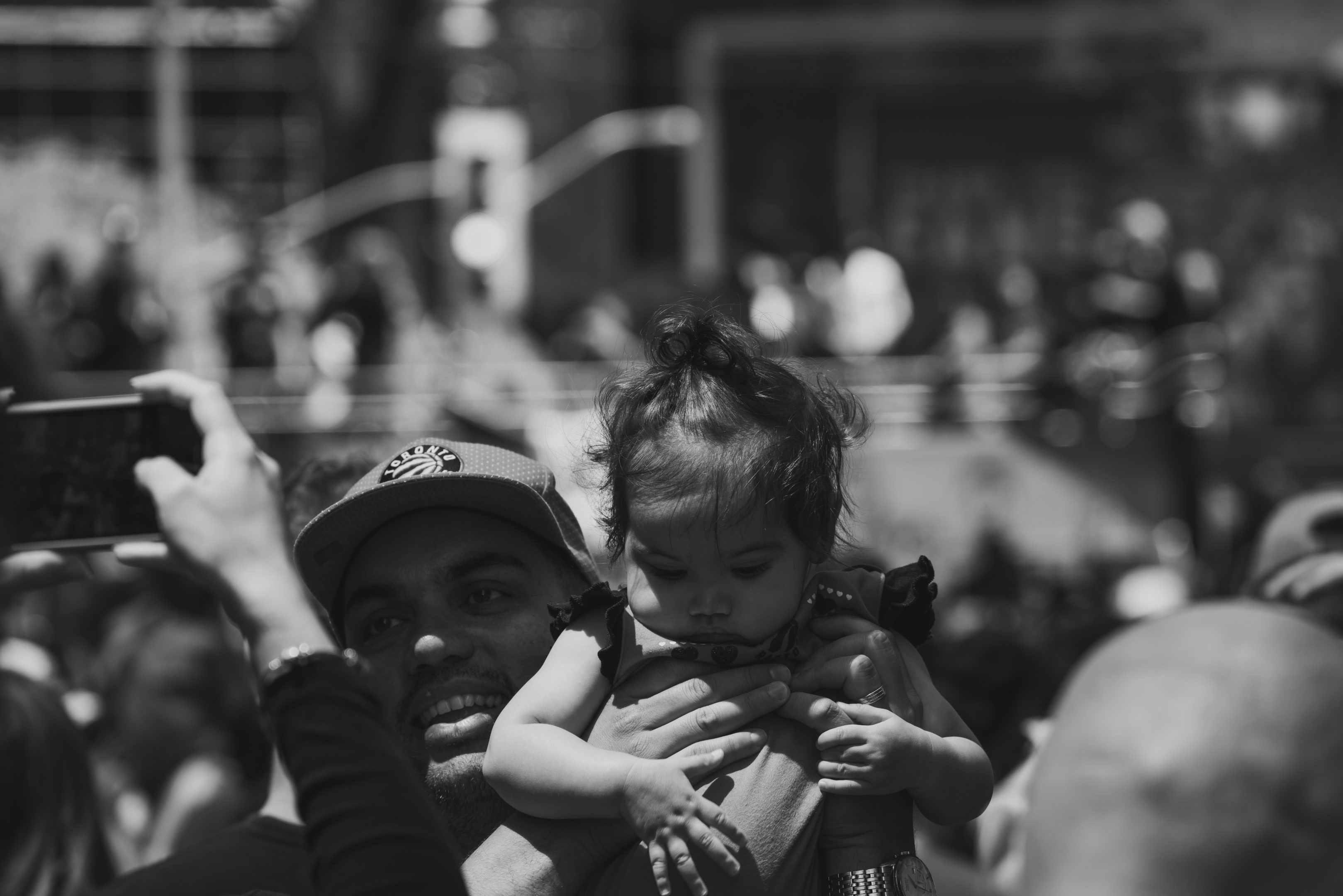 From a global perspective, the story of Raptors superfan Nav Bhatia was by far one of the best ones to emerge in terms of shining light on the opportunities provided to people of all walks of life.  Why do you think his story was so impactful?
When you think of iconic fans of basketball teams you think of celebrities like Spike Lee (with the NY Knicks) or Jack Nicholson (with the LA Lakers). But Nav is an Indian immigrant in a turban, who fought hard to make it in this country. He’s been loyal to the team through ups and downs and is the perfect ambassador for the spirit of this city and team.

I was watching the NBA awards the other night and saw Nav on the red carpet. That just says it all. 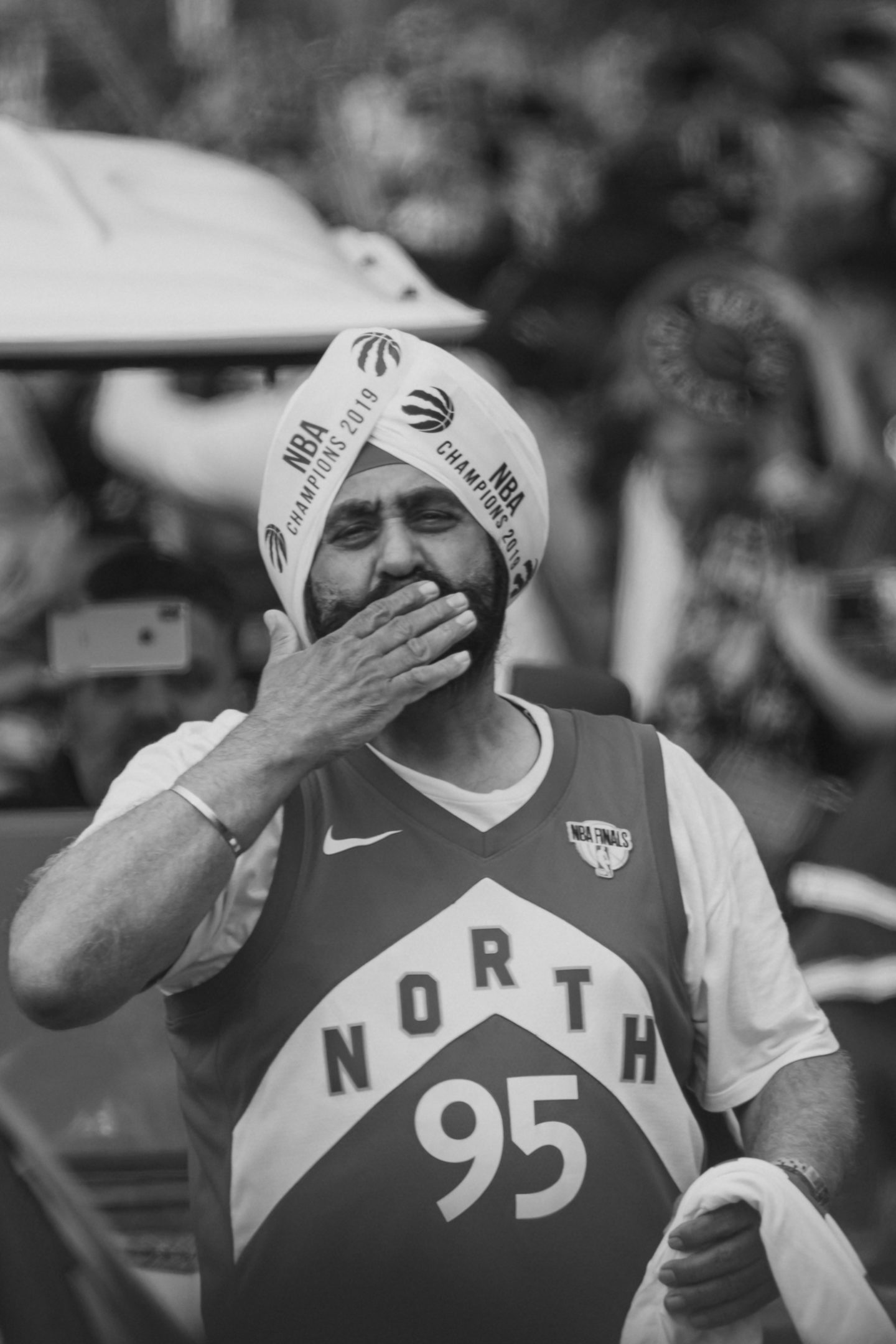 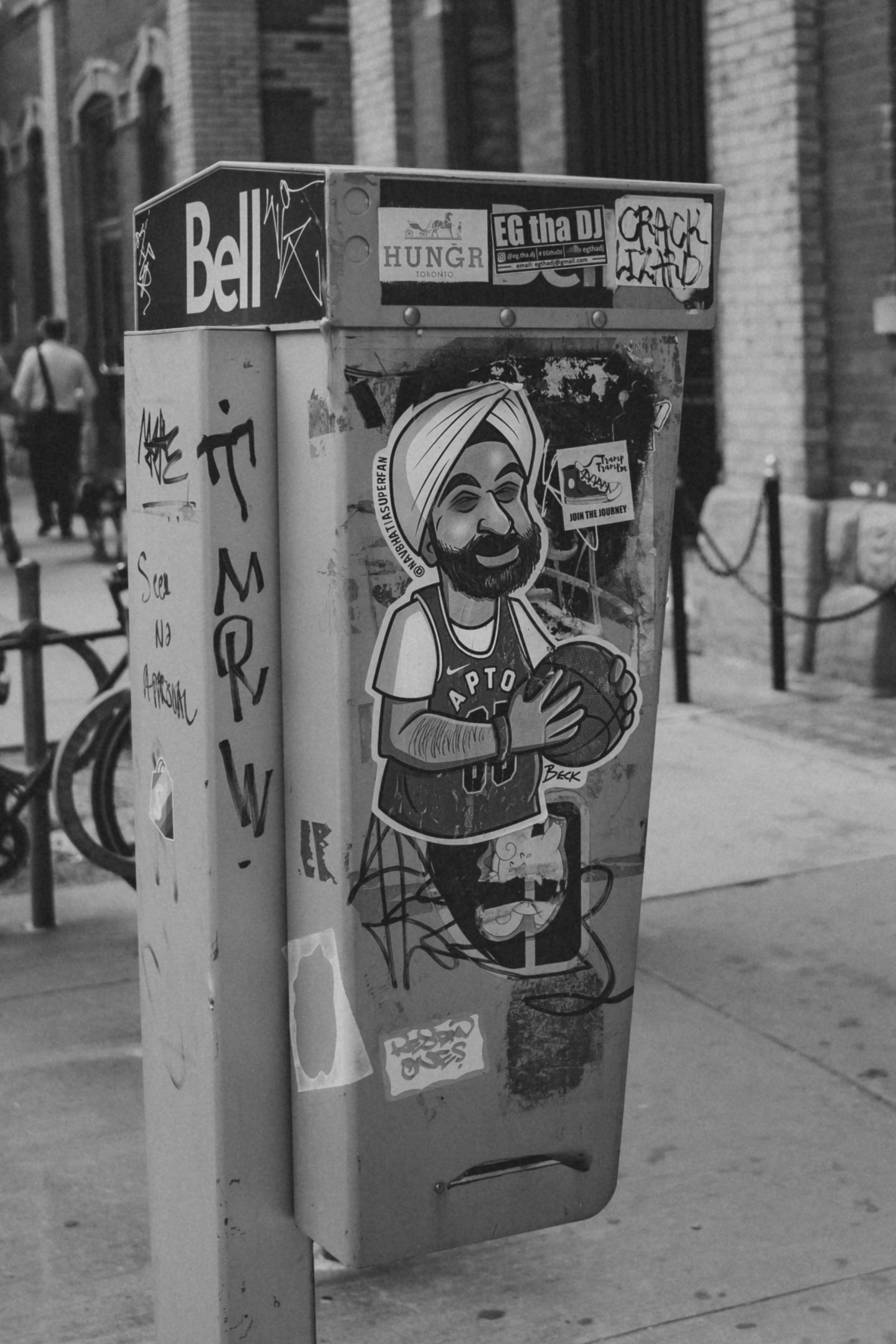 What was the energy like the night of the win?
Nothing I can describe in words, honestly. The picture of people dancing hand in hand outside of the Indian restaurant embodies the joy and camaraderie we all felt that night.  I was very focused on documenting these moments on the street so we could all share and more importantly remember what it was like to be this happy and open to each other. 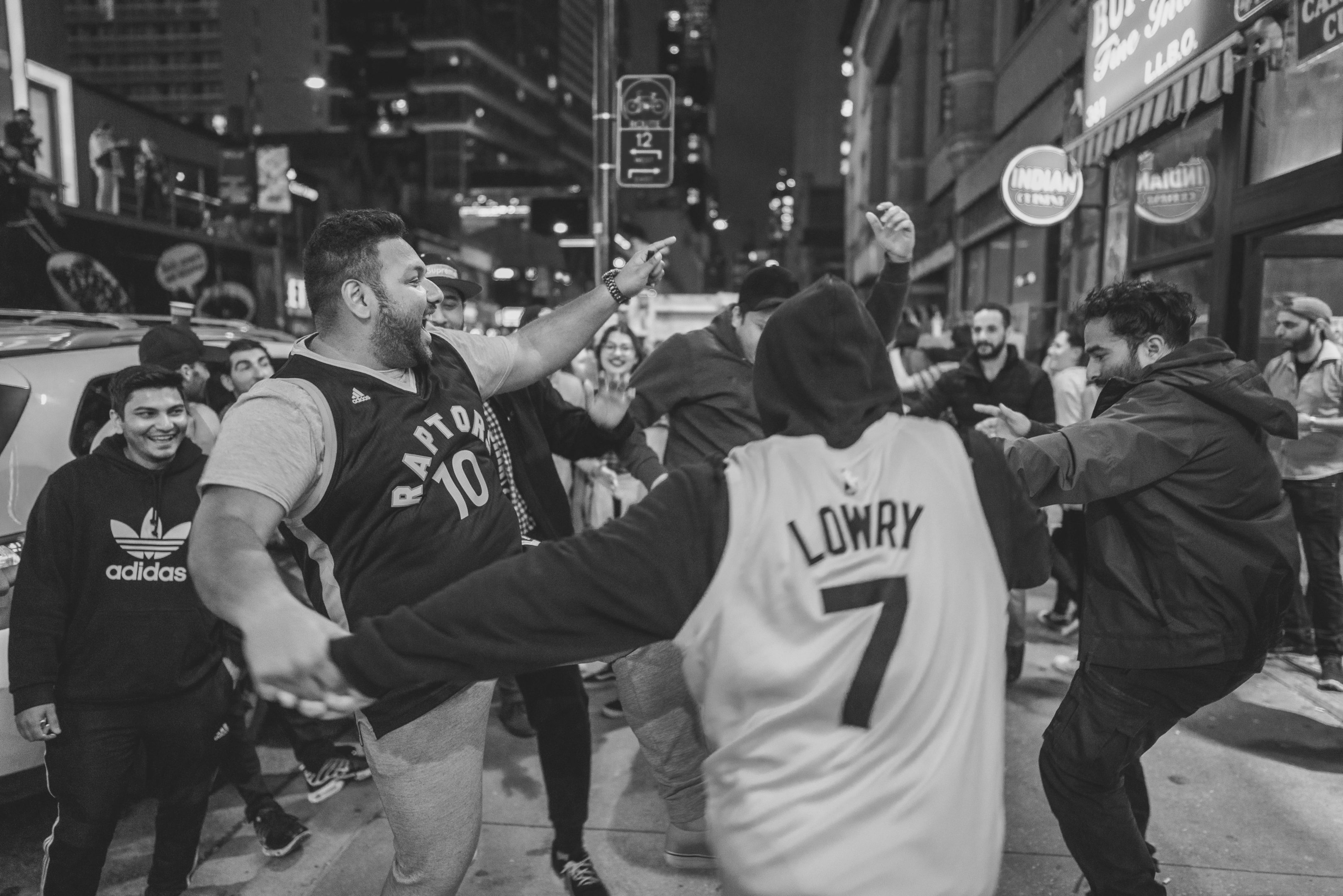 Do you have a most memorable shot/moment over the days that led up to the victory and the parade?
Sorry, I have to choose two: A player and a fan. 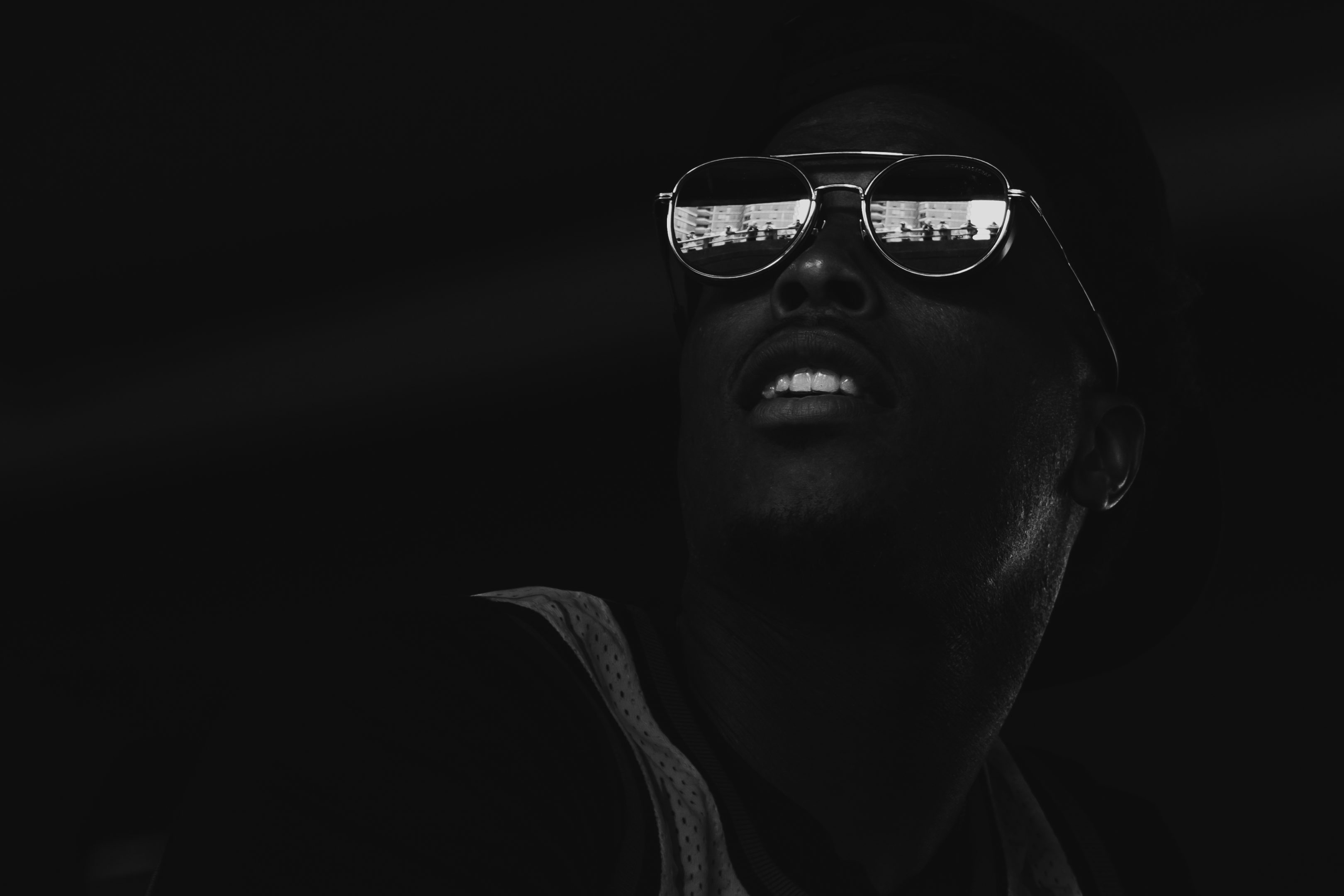 No Raptor felt the win more than Kyle Lowry.  He’s the longest-serving member of the team and has suffered the most criticism over the years. DeMar DeRozan, his best friend, was traded for Kawhi at the start of the year and he felt betrayed by the team. Despite the hard feelings, Kyle was a professional, showed-up and played his heart out all year and proved all his critics wrong.

For me, this picture captures the moment when he looks up and sees all these people parked on the expressway getting out of their cars to salute him.

Minutes after Raptors clinched the championship, I left the bar where I was watching the game and hit the street. I saw this guy in a Raps jersey biking towards me, about to pass a TTC streetcar, another icon of the city. I knew this was going to be a moment and I grabbed my camera, dialed in the setting as quickly as I could and I got that shot. It’s pure joy.

I posted the shot on my Instagram and the guy on the bike, who happens to be another photographer, shoutout @stevecarty, got in touch with me.  I was so grateful that I printed up that photo and gave it to him. 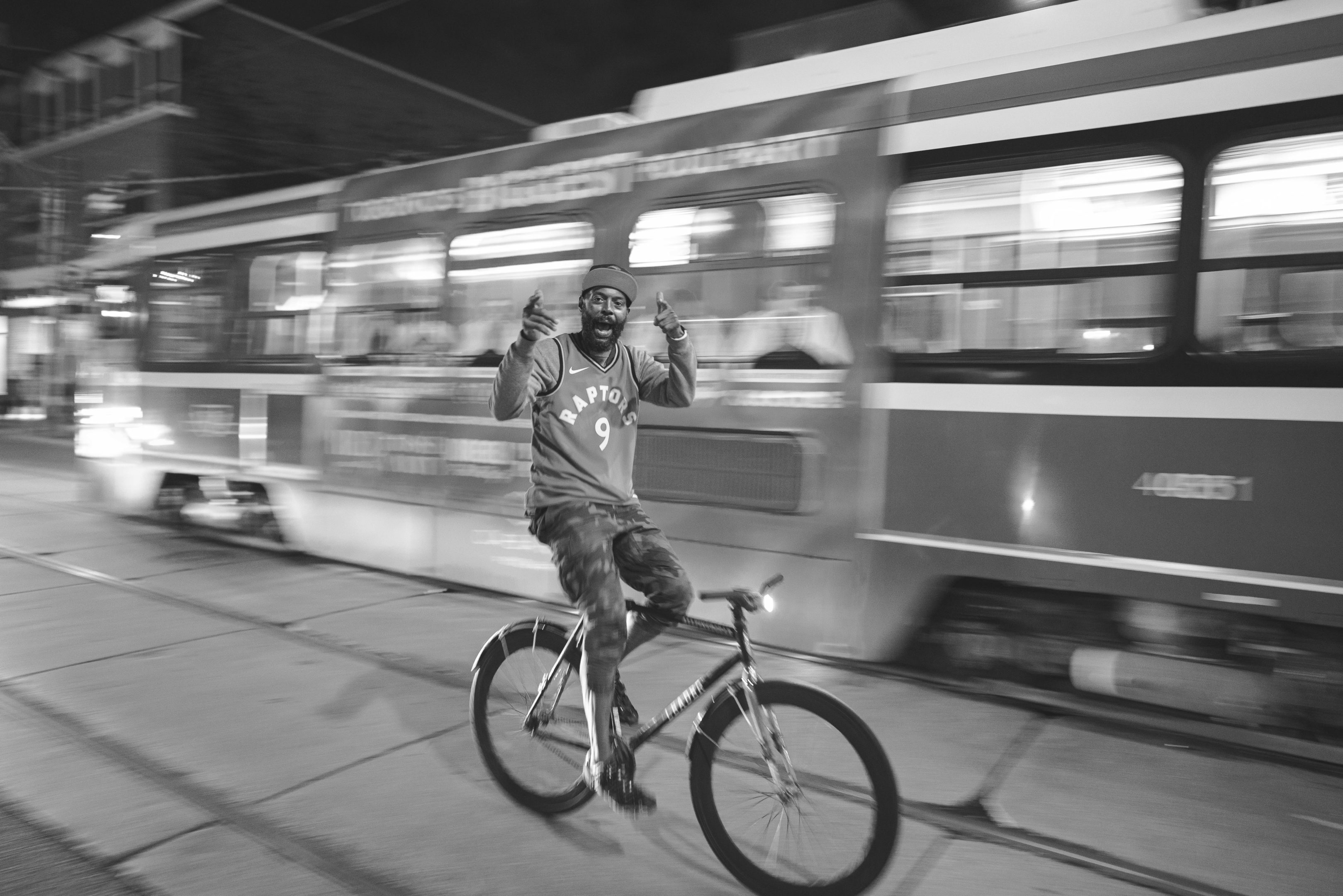 All of this happened because the team and the city believed and took a shot.

What did Kawhi Leonard mean to the city and how does his departure as a free agent effect his legacy?
I was incredibly proud of the way the city and our media reacted to Kawhi leaving Toronto and returning home to LA to join the Clippers.
Most of the commentary and social media posts exuded gratitude and best wishes. Kawhi did what no other player could do, brought us a title and energized our country.
His demeanour and work ethic will leave a lasting impression on the team culture and I think the younger players will take that forward with them.
I’m not going to lie, it hurt pretty bad when it was announced he was leaving.  But I’m sure he’ll get a long standing ovation when the Clippers play in Toronto next season. 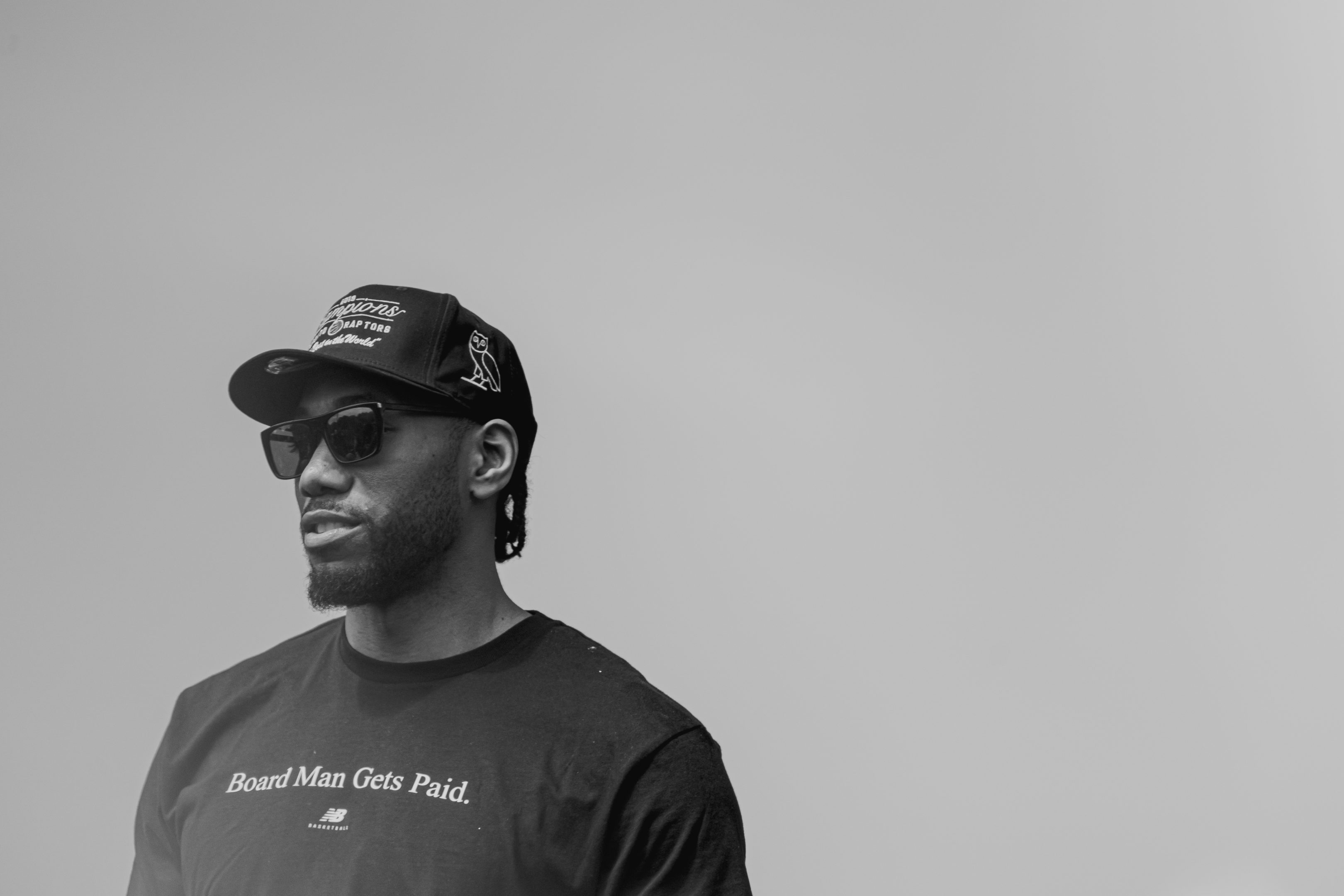 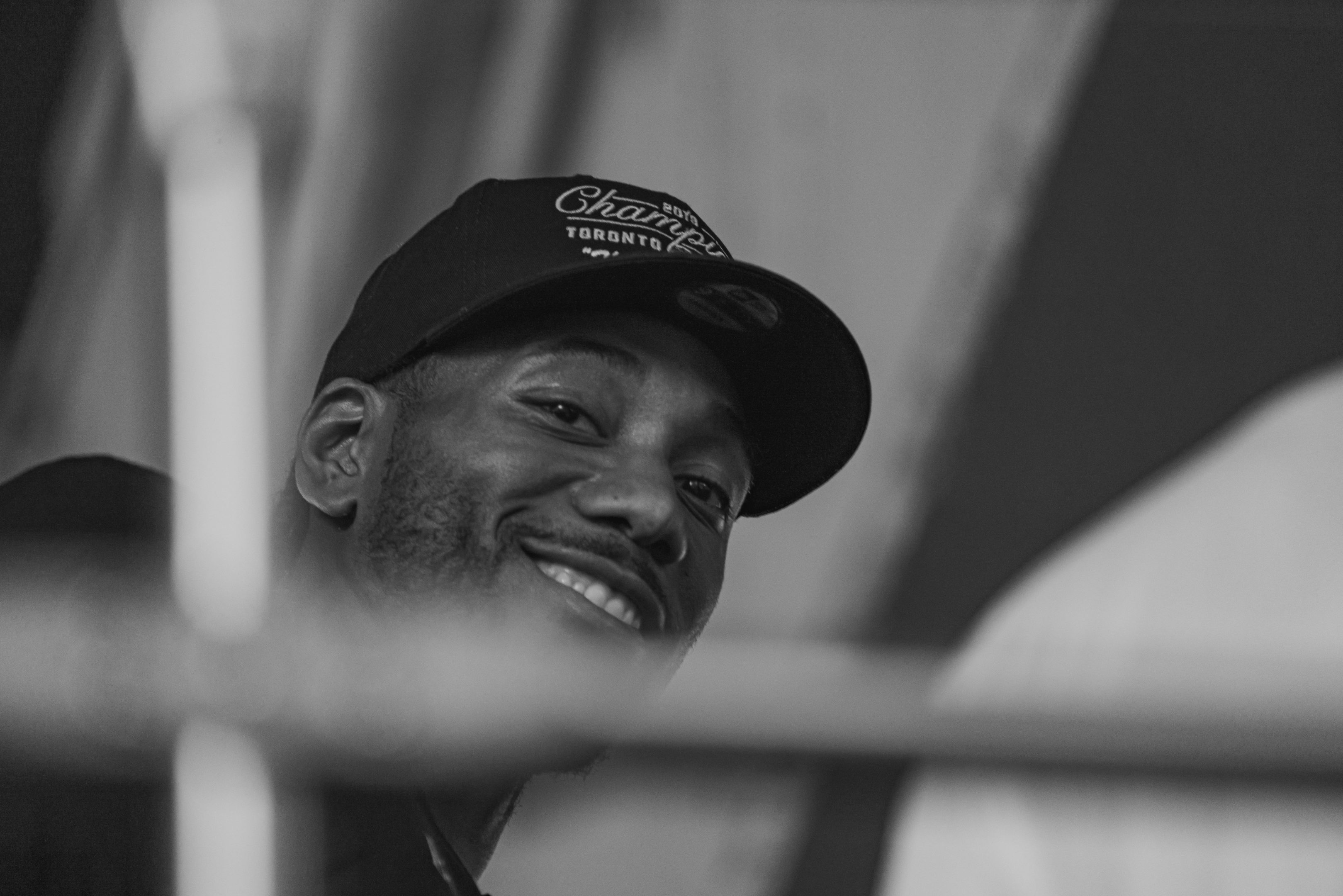