Maslow’s (in)famous pyramid of needs is often a focal point for many cultures managers as they think about their workforce and their needs. The psychologist did indeed think through the hierarchy of needs, but he was not responsible for organizing it in those colorful triangles you may have seen before. In fact, a management consultant came up with the design. The twist? It was based on a deep misinterpretation of Maslow’s thoughts and work.

What is Maslow’s Hierarchy of Needs?

Maslow’s Hierarchy of Needs was a theory in psychology conceived in 1943 that featured a multi-step pyramid. It was part of his paper, “A Theory of Human Motivation.”  The pyramid was meant to showcase that for one to “level-up,” they would need to achieve certain goals in their current level to maintain motivation, and ultimately arrive at “self-actualization.” 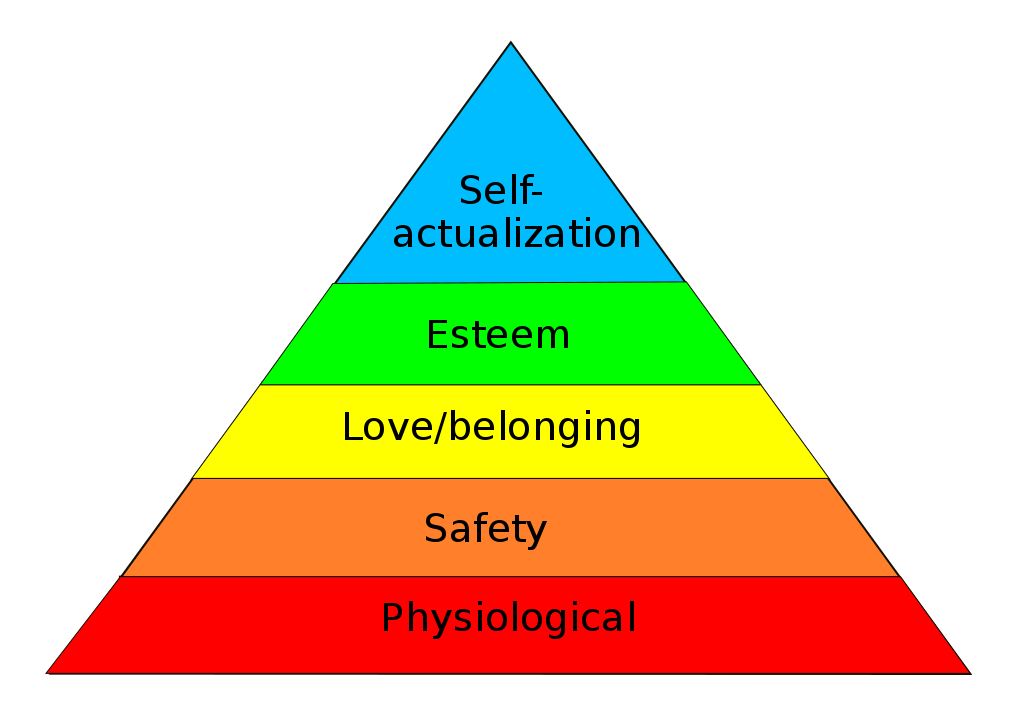 A brief history of Maslow’s life

Maslow’s life is a bit of an Odyssey in itself. Born to immigrant parents, he grew up in a traditional Jewish household in Brooklyn, NY, and was often bullied. The hatred he encountered led him to psychology as he looked to better understand the source of these feelings. The psychologist had a prodigious mind which helped him attend numerous universities and develop his theories over time. His work primarily focused on human improvement using a new base as opposed to standard Freudian frameworks which were the norm at the time. Prior to his death, he argued that self-actualization (the highest strata of the pyramid) was (wrongly) biological, leaving out certain individuals and communities by design. Ultimately, his work stood the test of time largely because of management’s infatuation with the said framework.

We’ve discussed management techniques in the past, but Maslow’s work truly shaped today’s understanding of work. Charles McDermid, a psychologist at a Wisconsin-based consulting firm, originally created the pyramid based on his misunderstandings. However, this altered the work forever and sent ripple effects we still feel today. Indeed, the pyramid embodies post-war ideologies, especially around individualism, nationalism and capitalism. Purely through its shape, it falsely concludes that we must fulfil each step to move upwards. Likewise, not everyone can reach the apex in this context, creating a highly centralized power structure. This ultimately justifies pay gaps, certain treatment of individuals and mismanagement practices. However, we know from studies (and life itself) that things don’t work that way. People can be self-actualizing at any given point, without having to wait to be at the top of the pyramid. Maslow did little to critique this over time, instead living off-of the misinterpretation.

In the cultural context, Maslow’s hierarchy is also incorrect

Maslow’s Hierarchy of Needs is presented from a “Western perspective.” In Asian and more collectivist societies, they share different motivations that are more community-focused. A redesigned Asian pyramid ultimately ties in with the idea of “face” as a sociological concept. Face entails behaviors and customs that are tied to morality, honor, and authority. To level up to is to increase the amount of “face” you possess. 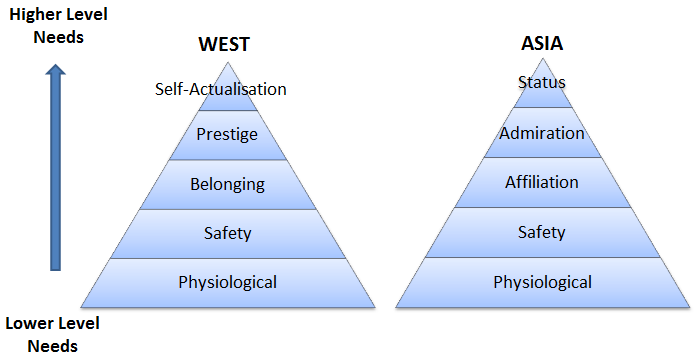 Tying it back to work and a flat pyramid society

If anything, we are seeing reversing trends across workplaces. Whilst there are still many environments and cultures that are top-heavy, more places are changing, empowering employees at all levels to take more initiatives. As the pyramid flattens out, so too do the ideas associated with the antiquated framework. Younger employees inevitably challenge organizations to improve and offer more than just a paycheck, especially in an environment of constant fear of layoffs. Rather than box people into a simple framework, companies tackle problems holistically instead. This leads to greater job satisfaction, productivity, and dare we say it, self-actualisation.